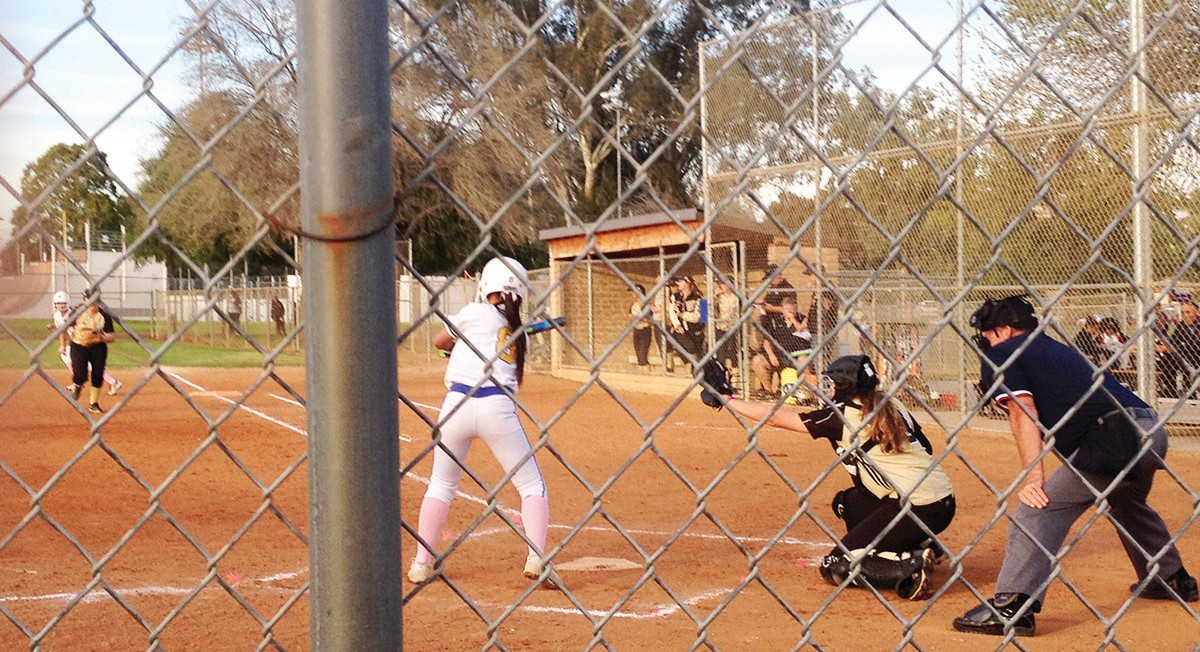 A San Pasqual batter squares around for a bunt attempt.

Andrew Villalobos coaches San Pasqual’s varsity softball team. He has taken it upon himself to create a self-sustaining support system among his players.

Villalobos’s passion for both soft and hardball originates from when he started to play at age 13, fol­lowing in the footsteps of his dad, uncles, cousins, and brothers. “I played men’s fast pitch almost every weekend, Villalobos said, but then chuckled, “but now I love golf.”

Center-fielder Lauren Harrison was also drawn into the sport by her family. Harrison started with the Escondido Girls Softball League (EGSL) and describes the conun­drum of taking a couple of seasons to latch onto the sport. “Once I saw how unified it was at EGSL, once I saw how good I was at it, I just re­ally fell in love with the sport.” Har­rison said.

Villalobos’s introduction to the sport was more quaint. His stomp­ing grounds for hardball were In­dian reservations when the land was mostly cow pastures, before the casinos began populating the land­scape.

After playing at Orange Glen, he moved into the workforce and now, outside of coaching, he is the park supervisor for the city of Escondido.

Villalobos started coaching wom­en’s softball when his daughter and now assistant coach Alex Hernan­dez was playing in her sophomore year of high school.

Villalobos describe this year’s group as younger with a couple of front-running seniors. 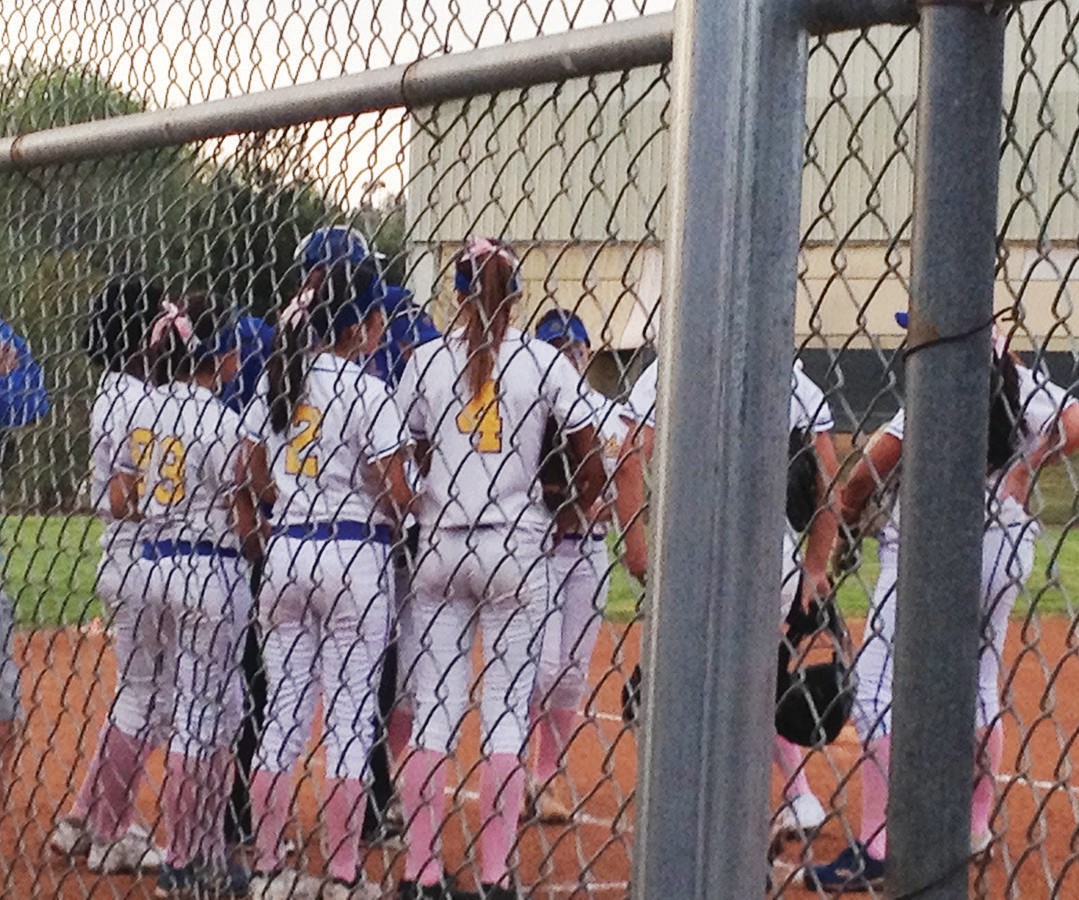 The Golden Eagles have a confab during the game versus Westview.

He has tak­en to pulling himself back when it comes to how much he microman­ages his players, allowing them to build off each other in pregame cir­cle meetings and during the game.

“I tend to talk too much, they al­ways tell me that,” Villalobos said. “They’re looking at me like, ‘Oh no, not again coach.’ But this year I re­ally want to cut it down short and get the kids to do their own talking.”

He hopes the team focuses on how they can build off each other, make adjustments during the game and mitigate against pregame anxiety. The example he gave was the first hitter instructing the batter coming up next on how to approach the oth­er team’s pitcher.

Pitcher Xena Martinez delved deeper into how the team provides a support network to help with pregame jitters. One issue is over- thinking when taking the pitcher’s mound.

“I’m always nervous before every single game I pitch, but my teammates really just encourage me to do good and start off calm.” Mar­tinez said.

Shortstop Kort­ney Ponce calms her nerves by going more into ritualistic-like behavior, starting off an inning by ceremo­niously drawing her jersey number seven into the dirt. Ponce uses this as a chance to, “take a deep breath and let loose,” so that she can do her best when, “having fun on the field.”