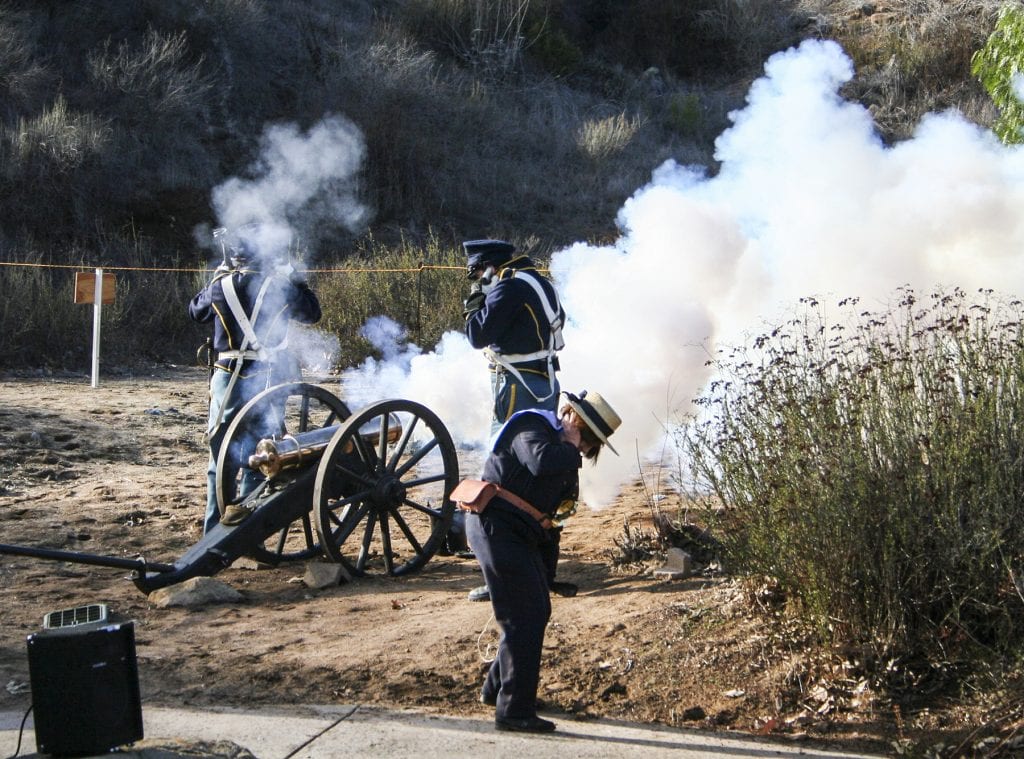 This annual, family friendly, and free North County event focuses on the interpretation and commemoration of the 1846 Battle of San Pasqual, the bloodiest battle fought in California during the Mexican–American War. This year the event will feature enhanced living history activities that will transport visitors to the battlefield as it was 173 years ago.

Visitors will have the Opportunity To:

• Listen to the “Battle Story” told through the eyes of a Dragoon and a Californio soldier.

• Experience life as a new recruit, as visitors go through a 19th century military encampment.

• Smell the aroma of period food as the camp cook prepares a hearty meal for the hungry troops.

• Walk through the encampment area and witness life among the soldiers.