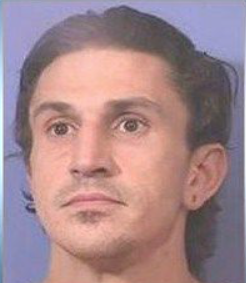 CHINO (CBSLA) – A manhunt is underway for an inmate convicted of vehicle theft who escaped from a California state prison in Chino Sunday.

At around 9:15 p.m. Sunday, 33-year-old Michael Garrett was discovered missing from the California Institution for Men (CIM), located at 14901 Central Ave., during an inmate count, the state Department of Corrections and Rehabilitation said Monday.

Nearby law enforcement agencies were notified, but an emergency search has turned up nothing. Just after 4:30 a.m., Chino police reported that Garrett was not believed to be in the immediate area of the prison.

There was no word on how he had possibly escaped.

Garrett was serving a four-year and eight-month sentence out of San Diego County for convictions of first-degree burglary, evading or attempting to evade a peace officer while driving recklessly and vehicle theft. He began serving his sentence at CIM on Oct. 30, 2017. He was scheduled for parole in October of 2019.

He is considered a low-level offender. He was not armed when he committed the original crime.

Garrett is described as white, 5-foot-10, 197 pounds with brown hair and brown eyes. If you see him, do not approach, but call 911 immediately.