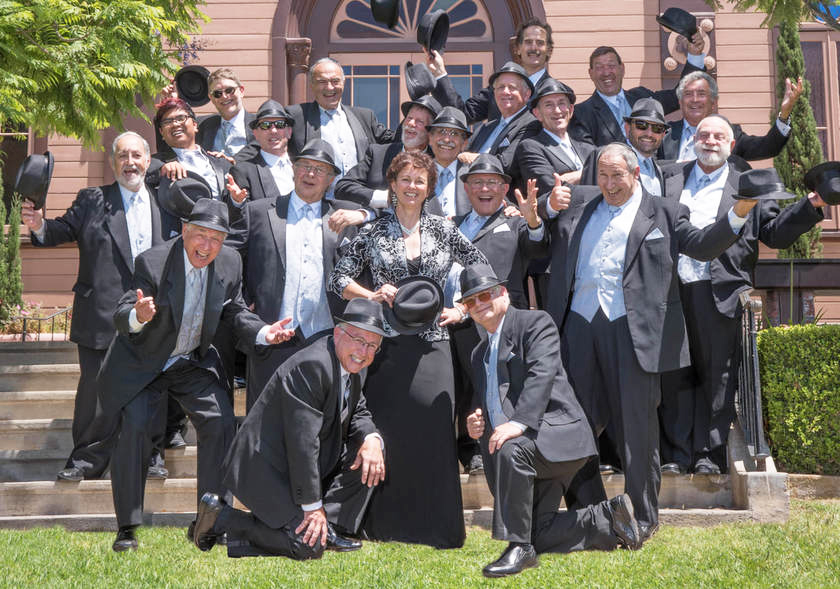 On Sunday May 19 at 3:30 p.m., First United Methodist Church of Escondido (located at 341 S. Kalmia St.) will host a performance by the San Diego Jewish Men’s Choir, directed by Ruth Weber.  This concert, part of the church’s annual Music Series, is offered as a gift to the community.

Founded in 1998, with a mission of preserving Jewish music, the San Diego Jewish Men’s Choir performs a diverse repertoire including liturgical, pop, folk, gospel, and musical theater, singing in Hebrew, English, Yiddish, and Ladino.  The non-profit choir has a busy schedule, performing over 20 concerts a year.  They have been featured on the Chabad Telethon,  Jewish Life Television, and as soloist with the Omaha Symphony.

Ruth Weber, a graduate of San Diego State University and California State University Northridge, has directed the Jewish Men’s Choir since 2010.  She had extensive experience directing liturgical and practical music, having served as music director for Ner Tamid Synagogue in Rancho Bernardo.  In addition to her choral directing credentials, she is an award-winning composer, receiving numerous songwriting awards including 1st place in the New York Pro/Am Songwriting Competition, the Shalshelet music festival, and the Hollywood Music in Media Awards.

Her songs have been recorded by artists in the U.S. and abroad and have appeared in feature and short films, including the Emmy-nominated “Walking on Water.”  Under her direction, the Jewish Men’s Choir has greatly expanded its repertoire, increased its performance schedule, and begun to tour out of state.

A free-will offering will be accepted.  A reception will follow the performance.