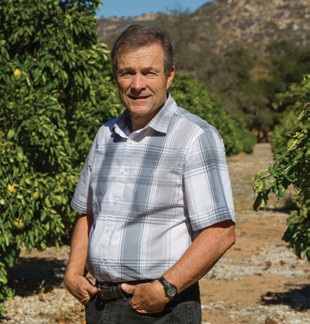 Significant drops in the annual pro­duction value of avocados and eggs contributed to a San Diego County 2014 crop report with a total produc­tion value that was down from the 2013 figure.

“People are still exiting the avoca­do business because of the high price of water,” Larson said.

In November 2008 voters passed Proposition 2, which required that commercial poultry have enough room in their cages to extend their limbs fully and turn around with­out obstacles. The requirement be­came effective on January 1, 2015. For many egg farmers that meant a reduction in their flocks so that the remaining birds could have the le­gally mandated space. San Diego County egg production dropped from 63,064,255 dozen in 2013 to 35,577,970 dozen during 2014 while production value decreased from $76,307,748 to $45,244,848.

“A lot of it may be that the farm­ers are depopulating their farms to be in compliance with Proposition 2,” Larson said. “As those investments are made in new cages, we may see that population of birds increase.” 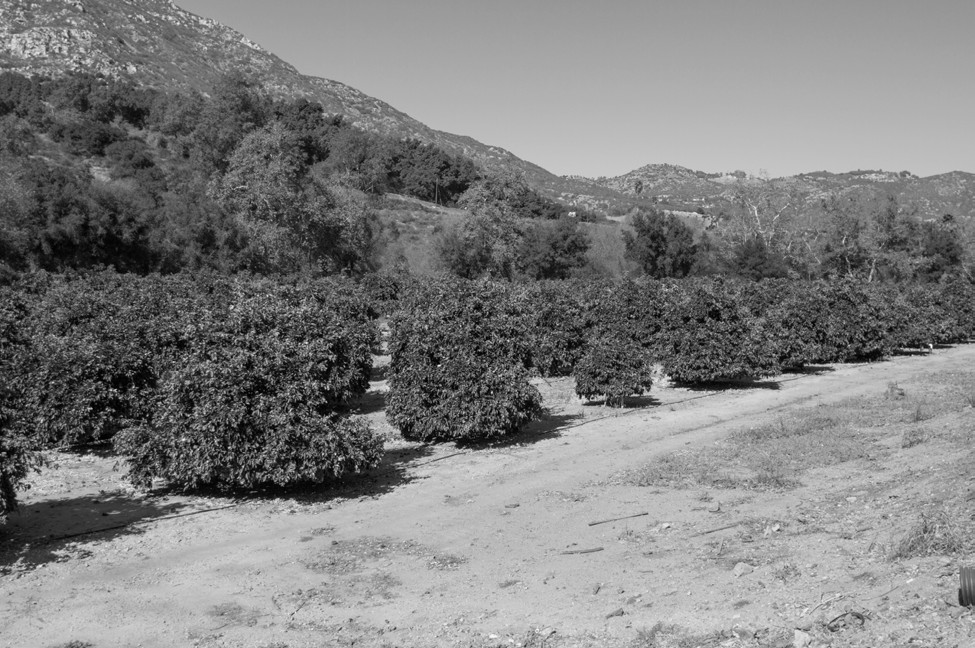 “Because of the drought there’s been less grass for grazing, so we have seen a thinning of the herds,” Larson said.

Some changes are due to reporting issues rather than actual crop fluc­tuations. The county Department of Agriculture, Weights and Measures sends surveys to farmers, and data from industry groups helps make up for uncompleted surveys. In the case of less common crops, the loss or ad­dition of a single grower or rancher can create significant changes from the previous year.

The county’s total agricultural acreage decreased from 305,573 for 2013 to 268,592 during 2014 pri­marily because a new data source that identified the decrease in the county’s rangeland crop acreage by 32,066.

“There was a change in the way that they measured grazing land,” Larson said. “It really doesn’t repre­sent a reduction in agriculture.”

Crop rotation can account for some fluctuations. Strawberry acre­age increased from 326 to 575 with tonnage rising from 11,084 to 18,795 and value increasing from $22.04 million to $37.95 million. The 72.1 percent growth was the greatest per­centage increase of any of the coun­ty’s crops.

The value of pollination services rose from $1.22million to $2.13 mil­lion. The drop in apiary production value was also caused by the elimi­nation of bees, queens and pollen counts from the crop report due to confidentiality issues. In 2013 bees and queens contributed $168,490 to the county’s crop value while pollen was responsible for $90,000.

In 2010 the county adopted a tiered winery ordinance which re­laxed the permitting requirement for boutique wineries to have tasting rooms and on-site sales.

The transition from the planting of vines to commercial production is a multi-year endeavor, but wine grape acreage has been increasing steadily. Harvested acreage rose from 752 in 2012 to 842 in 2013, but the wine grape growers continued to expand their planting. “We still saw a jump of nearly 100 acres,” Larson said.

The county’s total produce and nut crop value declined from $586 million to $543 million.

“Nursery continues to be the big item in our county,” Larson said. “Nursery took a big jump.”

The county’s horticulture growers provided the three crops with the highest 2014 value. Orna­mental trees and shrubs increased from $424.86 million to $439.17 million and indoor flowering and fo­liage plants rose from $329 million to $363 million.