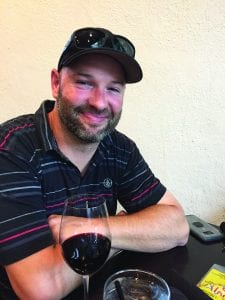 Sam Pulvers was born on the first day of spring, 1978. As a boy, he was larger than life: bold, big-grinned, and wild. He was intelligent and competent from a young age, able to manage the hard work of his family’s ranch, excel at sports, and play the guitar beautifully.

He made easy friendships that lasted throughout his life. His friends and schoolmates remember his smile, his warmth and decency, and his sense of humor. He had a strong rebellious streak for a number of years, and we worried that his wildness and ferocity would destroy him. Yet, as he entered adulthood, inspired by his parents’ example, he developed a sense of grit that he carried throughout his life.

When Sam met his wife, Melissa, in 2004 he found a sense of purpose and direction. They connected immediately, each finding in the other the inner strength and drive that was the cornerstone of their partnership and their work. He was the strongest man she had ever met, and they enjoyed the best conversations. They married in August, 2005 and Sam never stopped beaming about the woman he loved so much.

They tenderly welcomed their son Dune and daughter Callia into the world in 2009 and 2013. Sam’s children were his greatest joy and he worked hard to raise them with a sense of responsibility and justice, all the while making life silly and fun. He loved to play chess with Dune, have dance parties with Callia, and he took his responsibility to keep them safe very seriously.

He was also a fierce protector for his sisters and brothers—tough-loving, generous, indomitable. He had a deep sense of justice which informed his politics, his sense of community responsibility, and his relationships. He channeled his grit into building things: a business, a home, a marriage, and a family. Together, he and Melissa built and managed Distinction Gallery and the non-profit organization ArtHatch. He never stopped building.

Sam was a talented musician, an avid Oregon Ducks fan, lover of art and politics, a philanthropist, golfer and fisherman. He always put others before himself, and even after a long day was quick to help a friend, family member, or studio artist.

His fight with cancer was short and painful, but he endured it with calm stoicism, concerned primarily for his family. He is survived by his wife Melissa, his son Dune and his daughter Callia, his mother and step-father Jana and Al, his five younger siblings: Sarah, Hannah, John, Stephanie, and Alex.

A private celebration of Life will take place in San Diego on March 18. In lieu of flowers donations can be made to ArtHatch.