Sabers to begin their 8th season playing at Escondido’s Iceplex 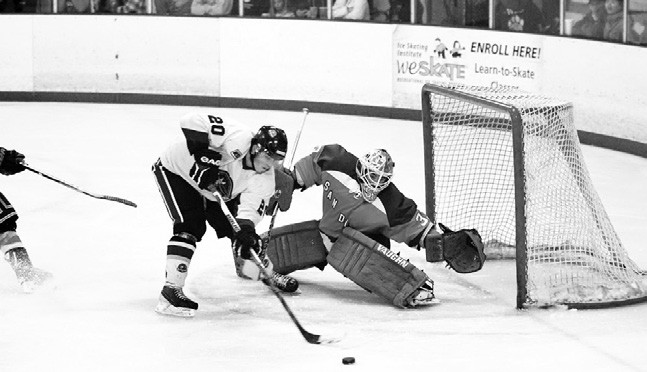 The San Diego Sabers in action. The ones in the lighter shade uniforms (orange in color) are the Sabers.

It’s kind of a cliché to talk about something of high quality being “a best kept secret” but the San Diego Sabers Hockey team, which plays its home games at the Escondido Iceplex, may be the truth that the cliché is based on.

Because if you like fast action, high excitement hockey, you may be missing your closest and most inexpensive chance to see it played. That might just qualify as a “best kept secret.”

The Sabers, who were formerly known as the San Diego Gulls, are a team that is partially owned by Escondido resident Jim Cavato (the other owner is Ross Carmichael).

The team is in its 8th season in Escondido. It is a Junior A team, for players 16-20 years old. They are brought in from not just California but all of the U.S, Canada and overseas.

According to Charley Watson, marketing director for the team, “The kids come in from September 1 through May 1. They stay 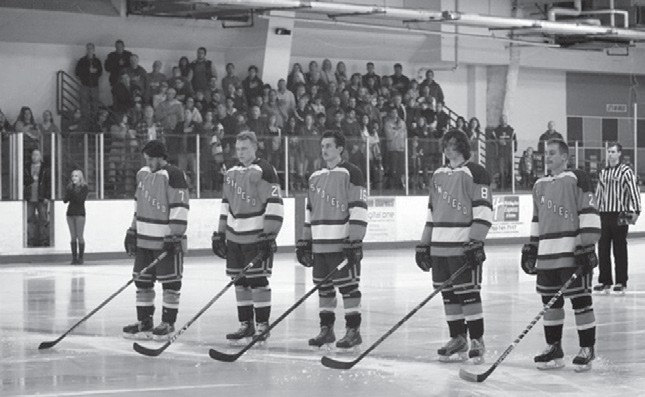 with host families in Escondido. There are thirty teams in our league, the Western States Hockey League. We are considered a Tier 2 Junior A Team.”

There is only one Tier 1 league in the U.S., and two Tier 2 teams, and six or seven Tier 3 leagues.

According to Watson, you could compare the tiered hockey league system to baseball’s Triple A, Double A and Single A teams. “It’s a pay to play league,” said Watson. “The pay a fee to play. Basically, the kids are going to high school or starting college. They continue their education either at school or online. The whole reason behind this level of hockey is to increase their chances of getting a D or D3 scholarship to play hockey in college.”

There are 30 teams in the league. They play 44 regular season games, plus play-offs. They will play 22 home games at the Iceplex in Escondido. Most games are Friday and Saturdays 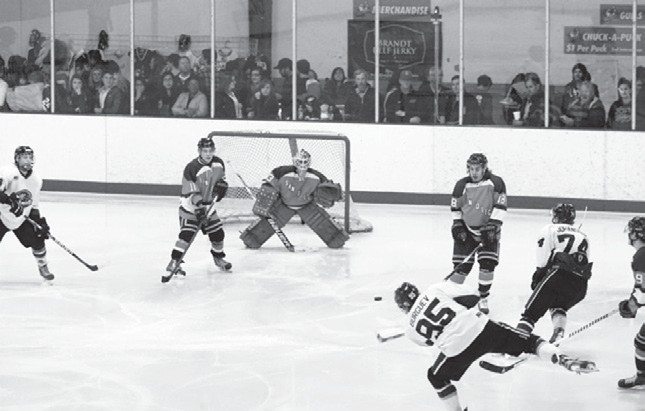 and some on Sunday afternoons.

Watson told the Times-Advocate: “We’re trying to get more exposure for these kids in the Escondido area. California is in the top five of states that promote hockey. It’s kind of a growing sport here. We are trying to let everyone know what there is minor hockey and junior hockey in California.”

Ticket prices start at $5. The Iceplex holds about 1,000 spectators.

Last year the Sabers were the third in attendance in the league. They made the play-offs last season and they will probably make a run at it next year.

According to Watson, “We’ve been scouting and making phone calls since last February. Our team is about three-quarters picked.”

Besides the fact that one of the owners is from Escondido, one of the players, a goalie, lives in the city.

The season will begin in September and the first home games will be September 25 and 26. For a schedule of games visit www.sandiegosabers.com/.