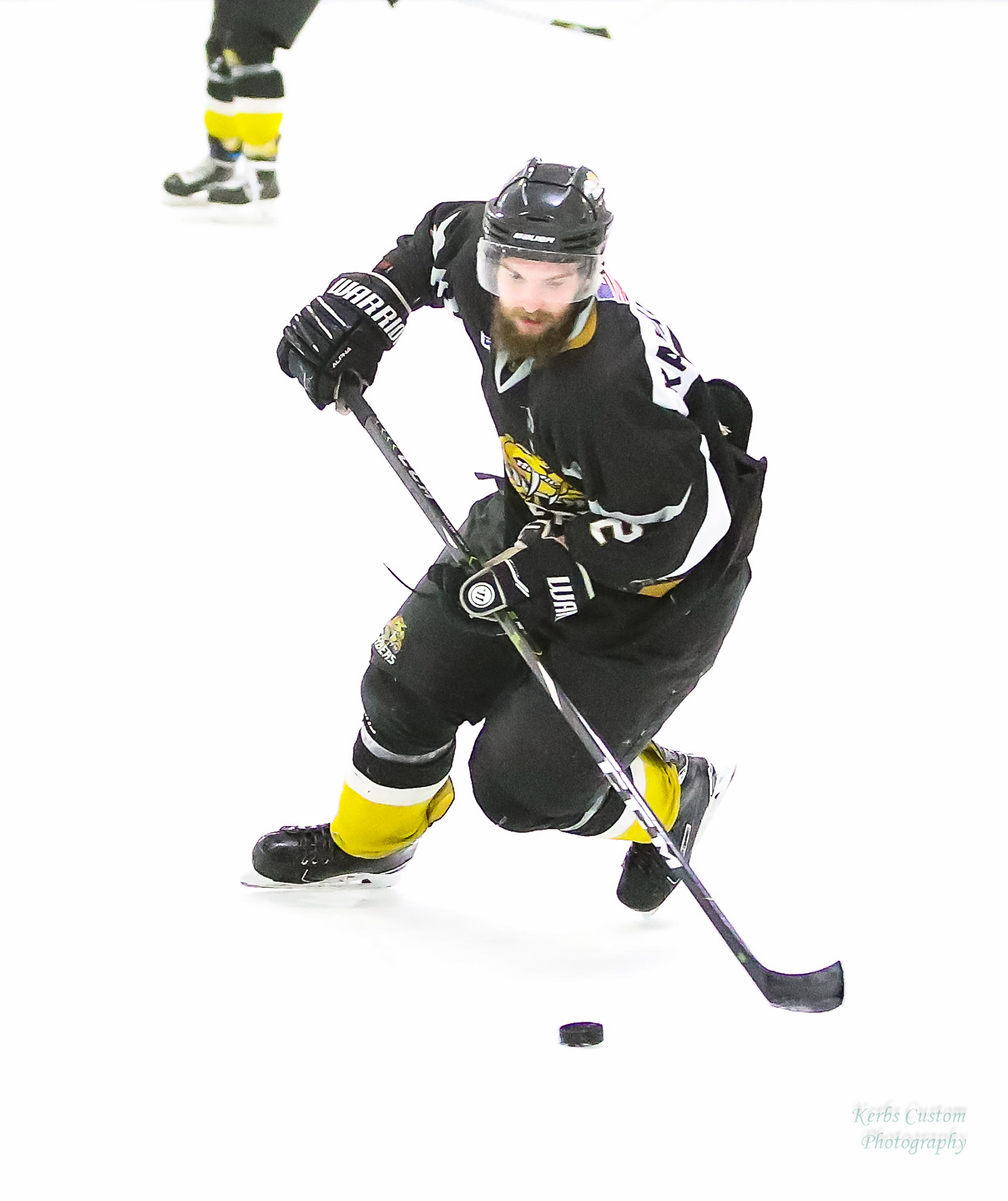 The San Diego Sabers were hoping to shock the experts in their Western Division Semifinal series with the host Fresno Monsters. The simple truth was that very few prognosticators were giving the Sabers much of a chance to spring what would have amounted to a monumental upset.

And despite SD’s best efforts to prove the aficionados wrong, form indeed held as the Monsters went on to record a two-game sweep over the game but ultimately overmatched visitors from the south.

After hanging extremely tough before suffering a 5-2 loss last Friday night, the Sabers’ season came to an end the following evening when the Monsters scored two goals in each period en route to a 6-1 win that sent them onto the Western Division Final where they will meet another loaded team in the Long Beach Bombers.

As for the Sabers, a season in which they showed plenty of upside and heart concludes with 17-27-4-3 overall record. Under the direction of committed general manager and coach Tomas Kupusta, San Diego made legitimate strides and showed dramatic improvement from the previous season in which the Sabers registered just five wins. With a conspicuous stability having been established, it appears as if the trajectory of the SD franchise is definitely headed in the right direction. From all indications, the Sabers’ future appears to be a legitimately promising one.

And though they would ultimately fall in last Friday night’s series opener, the Sabers made the Monsters more than uncomfortable with a gallant rally. Trailing 3-0 late in the second period, the Sabs scored two goals in just over a minute to make things exceedingly interesting. First it was forward Aleksis Leskinen who got SD started when he lit the lamp. SD’s surge then continued when a well-placed shot from stellar defenseman Karel Kankovsky beat Fresno netminder Tyler Mathews.

But alas, the Sabers could get no closer. Well into the final period and immediately after a big-time stop from Mathews that denied SD the equalizer, Monster forward Stanislav Danaev took a slick pass, got behind the Sabers’ defense and beat goalie Aaron Parsons with a backhand score that gave Fresno some much needed breathing room. Five minutes later, the productive Petr Philippov ended all doubt about the outcome with a tally that brought the final count to 5-2.

The differential would have been even more decisive if not for the heroics of Parsons who was noteworthy in defeat, turning aside a massive 44 shots.

The next night, the Monsters were in no mood to leave any doubt as they rolled to a convincing victory. Six different Fresno players managed to beat Parsons with Danaev and Blaine Maguire being the most impactful offensive stars as each of them registered a goal to go along with a pair of assists. In the cage, Mathews was rock-solid as he repelled 25 of the 26 shots that he faced.

The Sabers managed to avoid the shutout thanks to Leskinen’s second goal in two nights. Meanwhile, Parsons stayed busy while racking up 35 saves.

So a meaningful season in which the Sabers truly reestablished their relevance has come to a conclusion. And there were plenty of individual performances that won’t soon be forgotten.

Without a doubt, the all-around Karel Kankovsky proved to be one of the WSHL’s most dynamic defenseman while amassing 75 points. Czech forward Jakub Vesely was a bona fide offensive star and a constant threat as his 34 goals and 36 assists would attest. Then there were forwards Josef Kankovsky (46 pts.) and Leskinen (40 pts.) who were productive and consistent. And finally, gritty young goalie Marshall McKallip clearly opened some eyes as he stood up to a ton of rubber (1,102 saves) with a poise and presence that belied his age.

Sure, it would have been nice if SD could have defied the odds and extended its season by taking out the heavily favored Monsters. But after getting pushed in first game, Fresno was determined to put the hammer down and the Sabers simply couldn’t fend off the blow.