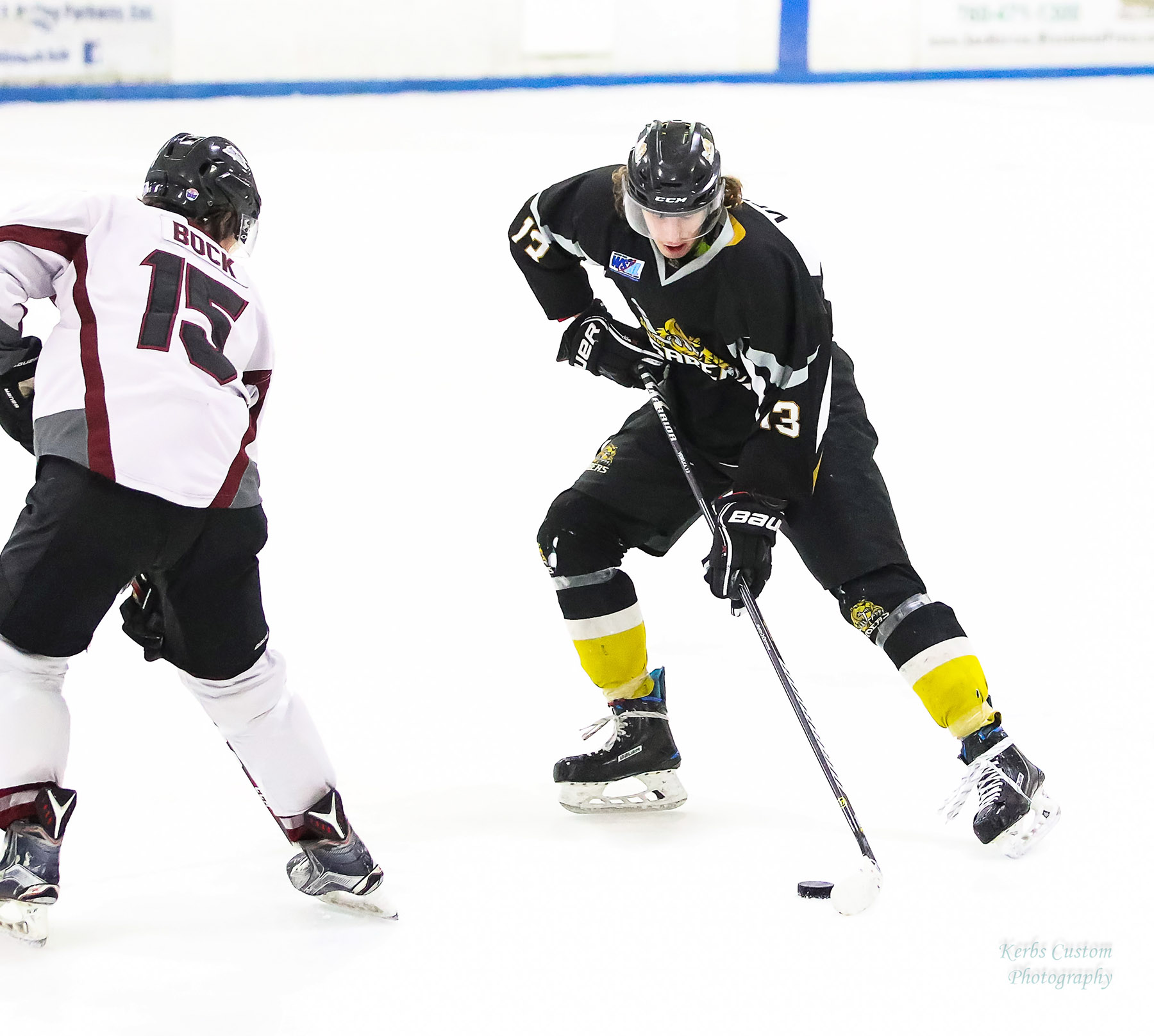 For better than a month, the locally based San Diego Sabers hockey team has been nothing if not fire on ice.

And a result, they’ve become one of the most pleasant and surprising stories in all of the 23-team, five-division Western States Hockey League.

Not since November 25 has the club of head coach Chris Slater tasted defeat and during that period, the Sabers have ripped off seven straight wins, a league figure topped only by the current nine-game victory skein of the Ogden Mustangs.

San Diego’s impressive run has been keyed by an offense that tallied four of more goals on six occasions while the defense has proven to be quite stingy, yielding two goals or less in five of those contests.

With their recent surge, the Sabers have upped their overall record to 12-12-3-1 which translates into 43 points and solidly positions them in third place in the rugged Western Division of the WSHL, trailing heavyweights Long Beach and Fresno but having a substantial cushion over circuit foes Ontario and Valencia.

It comes as no shock that two of the offensive ringleaders during the streak have been productive forward Jakub Vesely and superb two-way defenseman Karel Kankovsky. The 6-2, 18-year-old Vesely has parlayed his nose for the net and sharp passing skills into six goals and eight assists. Meanwhile, his Czech compatriot Kankovsky, who can blast from the blue line and pass with aplomb, has put 12 points (4G, 8A) on the scoresheet.

Perhaps the biggest revelation during this winning roll has been Karel’s sibling, Josef. A late edition to the Sabers, this Kankovsky has been on tear virtually since his arrival. A 20-year-old forward, Josef proved himself to be a bona fide goal scorer (5) and distributor (8A) while SD was getting hot.

One other scorer worthy of note has been winger Aston Jones, a dangerous threat as evidenced by his output (5G, 3A) in the midst of the run. 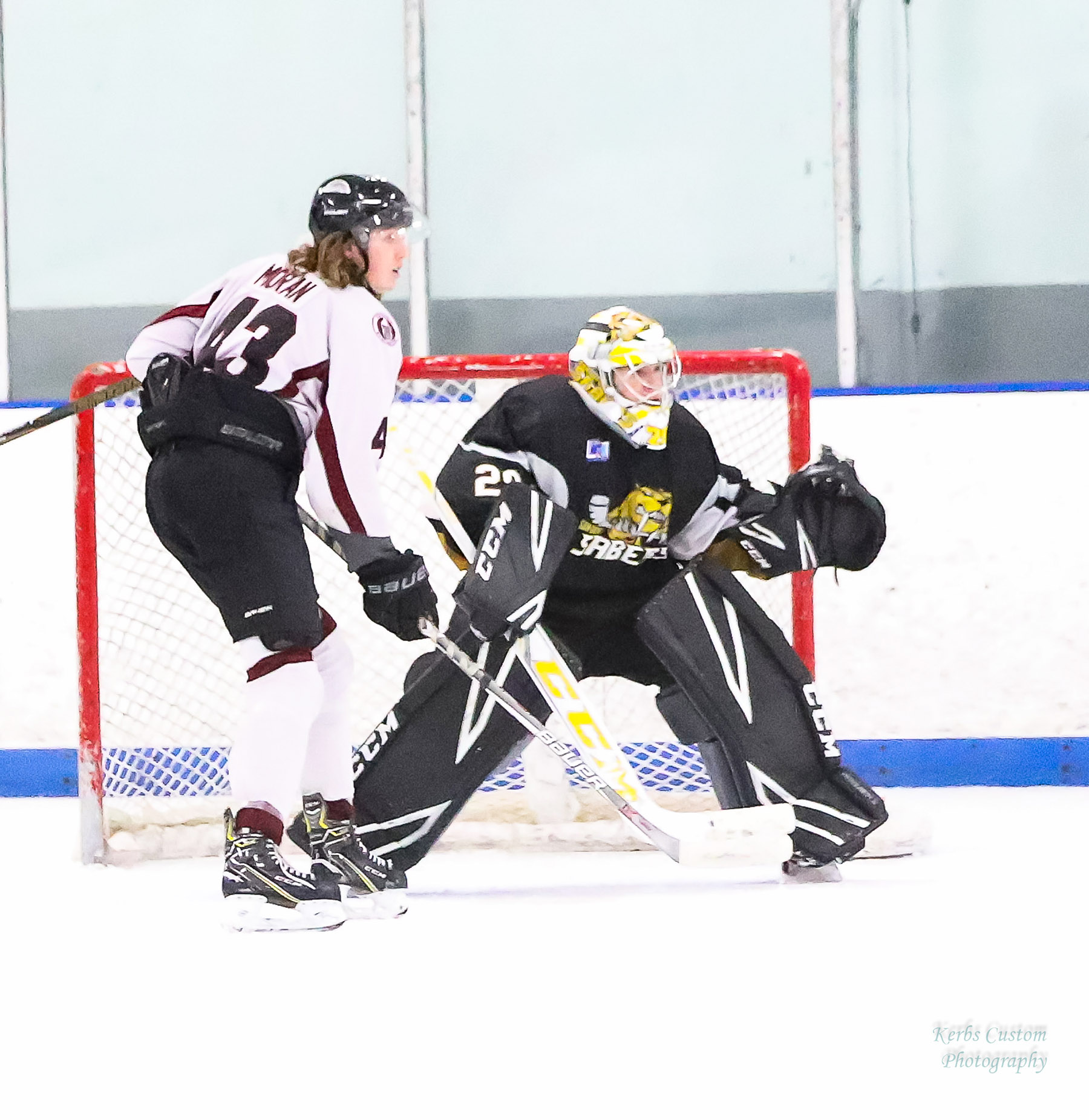 And while having sufficient offense is an absolute must in order to go on any sort of streak, it can be argued that sparkling goaltending might even be more critical to ringing up consecutive wins.  In this regard, the Sabers have been the beneficiaries of some stout work between the pipes by youthful netminder Marshall McKallip.

Of SD’s seven recent wins, McKallip backstopped five of them with 46 and 44-save efforts against Ontario and Valencia particularly noteworthy. Growing in confidence, adept at positioning and showing he’s capable of rising to the occasion, McKallip has the look of a goalie in whom his teammates can trust.

If the Sabers are to extend their memorable streak, they’ll need to do it on the road this coming Friday and Saturday nights against those bad boys to the north, the LB Bombers (18-4-3-1).  In four previous meetings thus far this season, the Bombers got the best of SD in each of those outings. But revealingly, the last two contests were close/taut affairs that showed the Sabers can compete and hang with the titans of the West.

If the Sabers can somehow add the Bombers to their list of conquests, suddenly they will vault themselves from hopefuls to legitimate playoff contenders – and burnish even further their own particular brand of fire on ice.