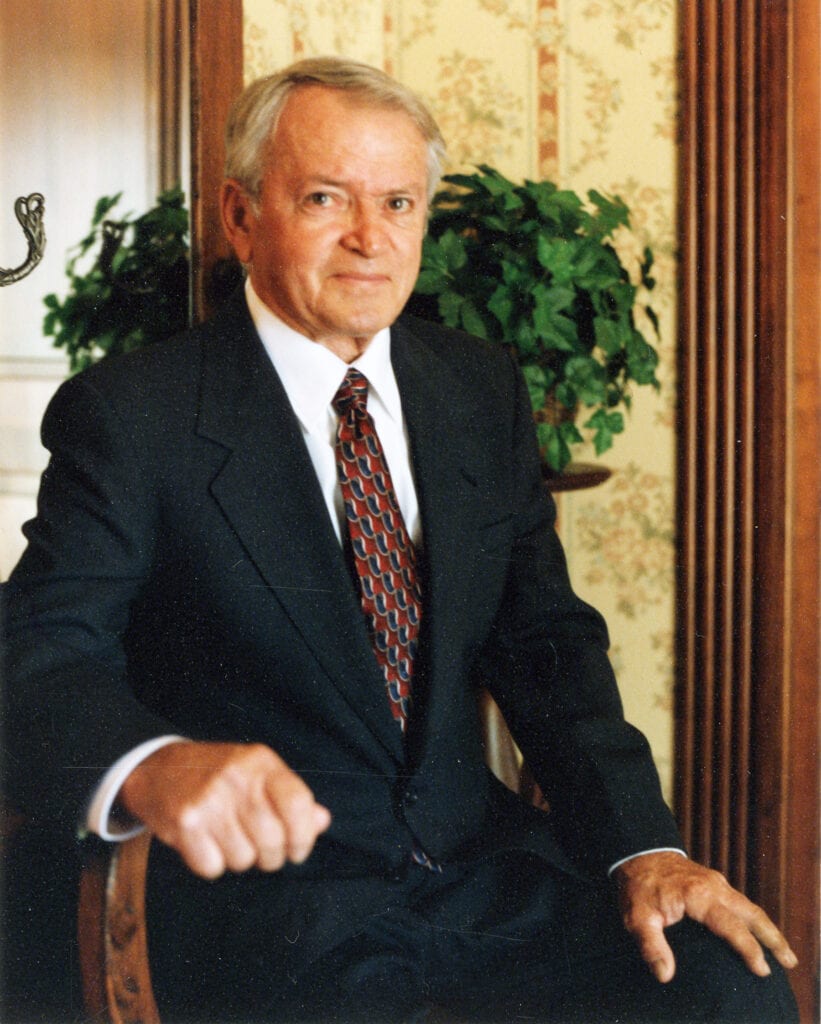 Russell Kraus passed at the age of 87, on Monday September 7, 2020 at his home in Mesa, Arizona.  He was born to the late William J. and Margaret M. Kraus in Cleveland, Minnesota on February 3, 1933.

Mr. Kraus grew up on a farm in Northern Minnesota, enduring the cold winters, sometimes riding his horse to school to get home earlier to do his barn chores after football practice. In 1949, the family chose to leave the farm and head for a warmer climate.

They settled in La Mesa, California and Russ went to Grossmont High School. As a junior, he had an ice route delivering ice to residents and setting pins in a bowling alley.  In his senior year, he earned enough credits to attend school half day, so in the afternoon he worked for Pete Beyerle’s Plumbing in San Diego. He also went to school at night to become an apprentice plumber and graduated from high school in June 1951.

In February 1953, he received a draft notice from the U.S. Army.  After completing his basic training and before shipping to Korea, he signed up for a leadership course which kept him in the States for another six weeks. It was during this time, on June 20, 1953 that he married Barbara J. Wilson in Lakeside, California. His mother had to sign for his marriage because he was under 21. Their marriage lasted 67 wonderful years until his death.

In July of 1953, an armistice with Korea was underway to end the war. Instead of going to Korea, Mr. Kraus was sent to Linz, Austria to serve his two years as a supply clerk. While he was in Austria, their daughter Sharon was born in 1954. She was 10 months old when he came home. He left the service with a rank of corporal in 1955 and in 1956 their son Gary was born. In 1959, their third child Kevin was born with a heart and lung condition and sadly passed away shortly after birth.

After his military service ended, Mr. Kraus went to work for Tiny Flynt Plumbing in Escondido, California and resumed schooling to become a journeyman and master plumber. In 1970, he formed Kraus Plumbing Co., Inc. in Escondido. When he closed his business, he went to work for Chamac Inc. an industrial and custom builder. He retired from plumbing in 1989 with 39 years in the trade.  After retiring, he went to work for the Escondido Union High School District in the Maintenance Dept. for 20 years. He retired from the school district in early 2011 at 78 years old.

Mr. Kraus loved fishing, camping and doing woodworking. For several years he made an annual trip with the family to the High Sierras for opening day of fishing with a prize for the biggest fish.  After their children were grown, they took a lot of trips across the country to hunt for antiques to add to their collection. He really enjoyed those trips and seeing the farms and backroads of America.

His grandchildren would tell you that every time they saw him, he would have a silly or fun joke for them. He was quick-witted and always had a humorous comeback. He could always get everyone laughing and tried hard to show them a good time. He was a good sport about everything. One time he went with the family to Magic Mountain and his grandchildren made him ride every roller coaster with them. He never turned down the opportunity to make memories with those he loved.

Mr. Kraus was a long-time resident of Escondido, living there for about 60 years. He was a member of the Escondido Historical Society.  In 2016, when his health started to decline and he could no longer manage the stairs in their home, they moved to Arizona to be closer to their daughter and family. He truly enjoyed living closer to his family before his passing.

The family is planning a private service at Oak Hill Memorial Park in Escondido, on October 30, 2020. Unfortunately, the memorial service is invitation only due to COVID-19 restrictions.

Donations can be made in Russell Kraus’s memory to Companion Hospice, 1930 S Alma School Rd Mesa, AZ 85210 for the wonderful help they gave the family in his care. Please also consider Alzheimer’s Association or Macular Degeneration Research.