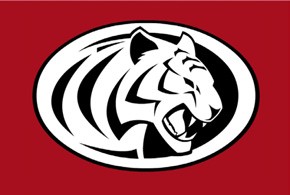 With the 2015 football season turning the corner and heading for home, it’s an appropriate time to take a look at where the Escondi­do High Schools are situated and surmise what might be in store during these final three weeks of the regular season.

The White Tigers (2-5 overall, 1-1 Pacific League) began the sea­son with plenty of optimism and an opening night 28-6 win over Calipatria provided a good start. But then, an inability to find the end zone became a major issue. Over the next four games, EC was only able to put up seven points on the board, being shutout thrice. But lately, things have turned around somewhat. The White Tigers demolished Lutheran 61-12 before suffering a heartbreak­ing, overtime loss to Maranatha Christian 13-7 this past Satur­day afternoon. As it did in 2014, under fiery coach Mark Carlson, EC is showing improvement and progression late in the year and a solid finish is possible. EC’s top offensive threat has been senior running back Mutula Kwangaba, who has rushed for 224 yards and five touchdowns. The defense has been paced by Josh Seo, an active inside line­backer who has registered a team- leading 59 total tackles. 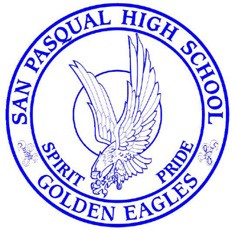 Valley League) are hitting their stride at just the right time. The season didn’t exactly get off to an auspicious beginning when SP lost four of its first five games. But then came, perhaps, a season- defining win over a very talented Valley Center team in the league opener for both schools. Buoyed by a gutsy late goal-line stand and running heroics from Daniel Lo­vato and Ben Lozada, the Golden Eagles hung on for a dramatic 16-10 win that could prove to be a springboard to even bigger and better things. Showing that their conquest of VC was no fluke, the Golden Eagles were dominant this past Friday night while pitching a 44-0 shutout win over Orange Glen. Another Lozada dash, this one a weaving thing of beauty from long distance, was the signa­ture play of the evening. The Golden Eagles look to be coming together just when it matters most. SP offers a good running game, a capable QB in Aldair Valle and a solid receiv­ing corps that includes the sneaky good Dustin Kopf. An emerging defense, featuring stalwarts like down lineman Morgan Harris, the gifted Cole Harden and defensive back Aaron Garcia, has yielded just 20 points in the past three weeks and is becoming a force. SP now looms 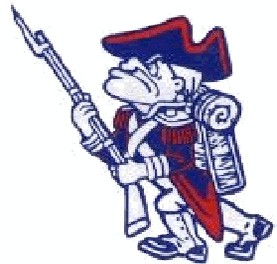 as a legitimate threat to take the Valley League crown.

After an opening game loss to Crawford, the Patriots (4-3 over­all, 0-1 Valley League) rattled off four successive wins. During that time, the offense put up good numbers while the defense more than held its own. But the level of completion was not comparable to what they soon would be fac­ing. Now taking on stiffer foes, the past two games have been a struggle. A 32-13 loss to El Cajon Valley and a 44-0 thumping at the hands of a surging San Pasqual squad have made for a hard real­ity. Things will not get any easier as upcoming bona fide opponents like Fallbrook and Valley Center will surely test OG’s mettle. If the Patriots are to be any sort of factor in the Valley League, they must take care of business this week when they travel to winless Es­condido. A win there will help get back some of the momentum they owned throughout an undefeated month of October.

Even though the Cougars went just 2 and 8 last season, there was a spark of hope for the future. The Cougars showed some real steel late and won two out of their last three 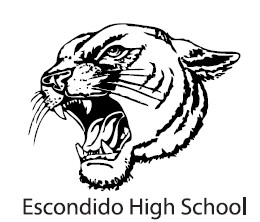 games, those being satisfy­ing victories over Valley League opponents Orange Glen and San Pasqual. The question was could Escondido build on those triumphs and carry some momentum into 2015? Unfortunately, the answer has been no. The Cougars will enter their matchup this week with Orange Glen winless (0-7 overall, 0-1 Val­ley League) on the season. They were competitive in losses to Mira Mesa, Ramona and Fallbrook but the defense struggled while yield­ing 42 or more points in the other four setbacks. And with three games left in a very competitive league, the Cougars will have to step it up if they are to capture that elusive first victory. And though it has been a down year, there have been some nota­ble performance turned in, par­ticularly on the offensive side. QB Sam Grimes has had his moments while tossing for 631 yards and five TDs. Senior Manny Peddi­cord has done some hard running while racking up 228 yards on the ground and tallying on a pair of touchdowns. Austin Rieman has clearly been the main man at receiver, with his 24 catches, 404 yards, 16.8 yards per catch, 2 TDs and a season best 80-yard reception. There is no doubt that the Cougars have some talented players. But that talent has yet to translate into a win.