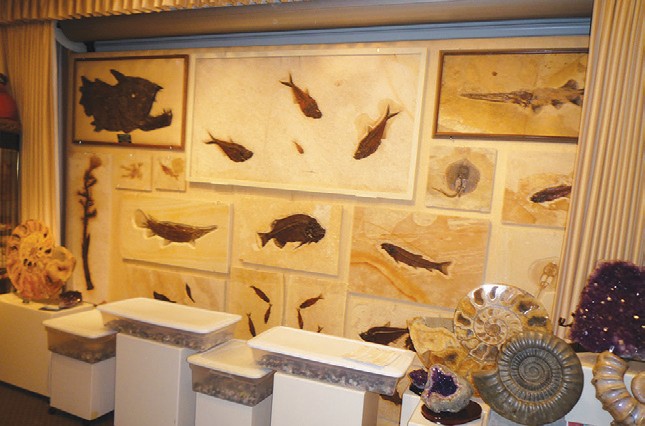 The Roynon museum has over 4,000 specimens from Keith Roynon’s personal collection.

After four months of searching for a new location and an eight week renovation, the Roynon Museum of Earth Science & Paleontology will reopen in its new location at 457 East Grand Ave, Escondido on Saturday September 12, at 10 a.m.

The Roynon Museum of Paleontology was opened in 2000 by Keith Roynon, an avid collector and scholar. This is not a public museum but an educational destination for schools, scouting troops and civic groups. In 2014 it was described as, “Escondido’s Undiscovered Treasure.”

The museum is located in Roynon’s home in a quiet neighborhood in Escondido. Much more than a collection of artifacts, the museum is a hands-on, fully interactive adventure.

The museum has hosted thousands of school children over the past 15 years from nearly every public and private school in San Diego County. Roynon personally guides each field trip, taking the students, teachers and parents through a journey in time.

After a complaint was filed with the City of Escondido in March 2015, the City notified Roynon that the museum could not remain in his home. The City allowed Mr. Roynon to complete his scheduled field trips before closing in July 2015.

The new museum will house. Roynon’s entire collection, over 4,000 specimens, plus new and exciting items, including a 25 foot “mystery dinosaur.”

This new chapter, the culmination of a life-long dream and work, will also mark the first time this collection has been open for viewing by the general public.

A spokesman for the museum told the Times Advocate, “Mr. Roynon and the entire museum staff would like to thank the City of Escondido and members of the Escondido City Council for their support during this transition.”