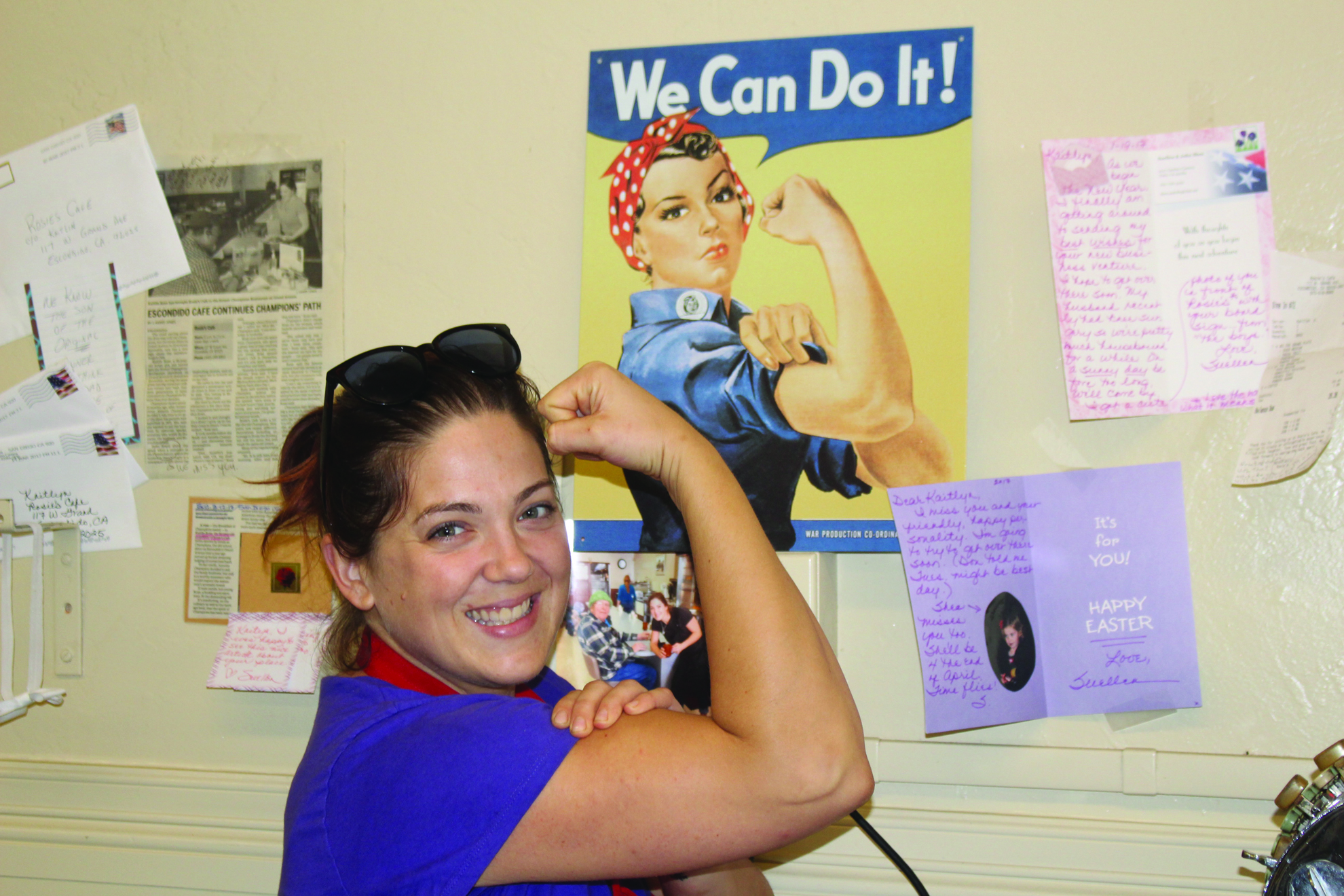 Kaitlyn Rose “Rosie” Pilsbury strikes a pose during happier times. Like Rosie the Riveter in the illustration, Pilsbury has always exemplified pluck and courage, two strengths that will stand her in good stead as she recovers from a hit and run accident on December 21.

Kaitlyn Rose “Rosie” Pilsbury, who has been unconscious since the hit and run accident that put in her the hospital December 21 is awake—and facing a long recovery.

The Times-Advocate Monday spoke to Sandy Nalborski, manager of Rosie’s Café, the popular breakfast and lunch eatery on Grand Avenue that was founded by the 33-year-old Pillsbury aka “Rosie.”

“She’s awakened and it’s going to take a long time,” said Nalborski., but noted that Pilsbury remains in intensive care at Palomar Medical Center.  “She has rods down her left leg. Pins in her upper arm. Surgery on her right wrist. And the rest is on her left leg.”

She added that Pilsbury still can’t speak because of a  tracheostomy (trach) tube. “We don’t know about brain damage, We are hopeful. She is responding with her fingers. Everything is looking more positive. They got her out of the bed today. She put her full weight down. It’s going to take a long process. We just don’t know how much rehab will be required,” she said.

“We are trying to keep her dream alive by telling people to come support her at the café,” said Nalborski. “We’ve had a great ourpouring of support the last two weeks. This girl is always giving, giving, whether it’s kids, sports, or Crusin’ Grand. She always wants to be a part of everything.”

On December 21 Pilsbury was on her motorcycle when she was struck head on by a SUV, whose driver abandoned the scene.

There is a Go Fund Me page for Pilsbury at www.gofundme.com/f/support-for-kaitlyn-rose-pilsbury. It currently has just over $20,000.