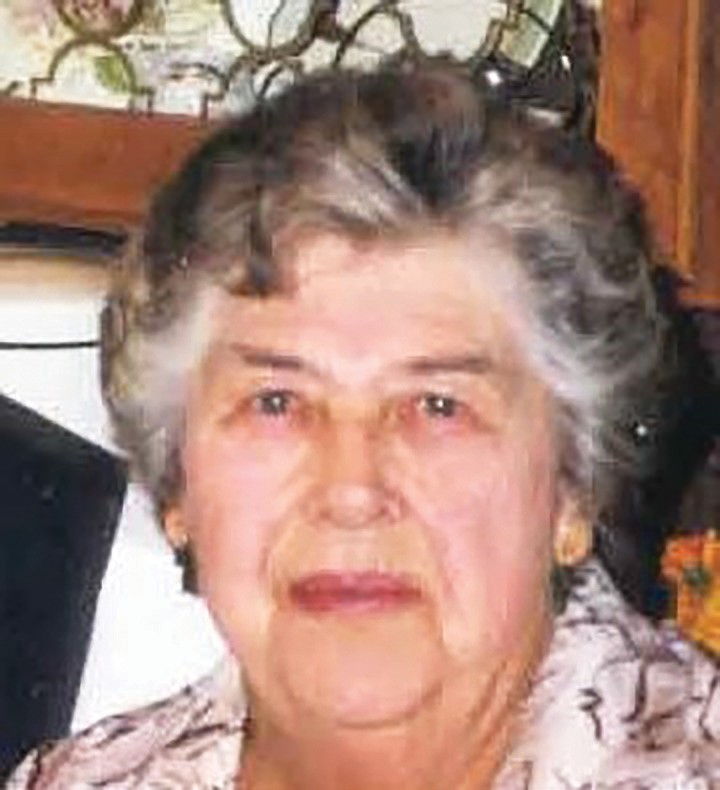 Mrs. Sams was born on May 29, 1920, in Escondido, California to Verner and Ethel Dryden. She attended schools in Deputy, Indiana and Escondido. She met Ed Sams in May of 1939, and they were married on April 7, 1940 in Yuma, Arizona. They were married for 69 years.

Rosie and Ed were charter members of Emmanuel Faith Community Church in Escondido, California, with Mrs. Sams being one of, if not the last, surviving charter member. She and her husband served the Lord wherever they traveled and lived. Due to Ed’s career she lived in Hollywood, Escondido, Livingston, Merced, Edward’s Air Force Base, Warner Springs, and Yreka all in California, as well as Anchorage, Alaska. She became involved in the churches they attended and made many, many friends.

Mrs. Sams’s life passions were her Lord, her husband, her family, and service to others. She enjoyed cooking, fishing, gardening, and playing table games with anyone who was willing to compete against her. She lived a life of choices; knowing she made the right ones, and had a fulfilling life.

She chose to become a stay at home mom, and felt the time spent on family was not a sacrifice. Mrs. Sams believed the family to be the foundation of our society. She became a wife and a mother, taking care of her ailing parents and brother, her husband and six children, as well as their families, where she found joy up until her final days. She was not paid monetarily, but paid with the love, respect, and admiration of those whose lives she touched.

One notable service to others was working with Eskimo children in the Burn Unit in an Anchorage, Alaska hospital. As a little girl, Rosie’s wish was to become a nurse missionary. In the end, her wish was granted. She became a missionary to the nurses while in the hospital after surgery and while in rehabilitation.

As a result of Mrs. Sams’s generous spirit and pleasant personality, she was loved by many. Her Christian life was as beautiful as the flowers she loved, and her influence will remain in the lives of those who knew her.

Rosie leaves a legacy of unconditional love for her Lord, family, and friends. The family is left with so much to cherish: memories, unique personality traits and strengths, wisdom, and an example that will inspire them to offer nurturing love and support to those who remain in their lives.

Celebrations of Life are pending in Yreka, and in Southern California. The Sams family requests that any donations be made to the Madrone Hospice, 255 Collier Cir. Yreka, CA 96097. Online condolences may be made at www.girdnerfuneralchapel.com. Girdner Funeral Chapel is assisting the family.