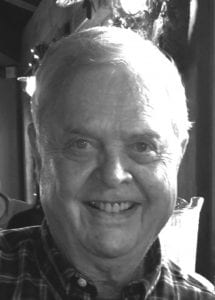 Dad was born in Rochester, New York, graduated from University of Colorado, Boulder; received his medical degree at University of Buffalo, and served at Buffalo General Hospital as a surgeon.

He also served in the U.S. Army from 1953-1955, had a surgery practice in Buffalo, Lake Arrowhead, and later at Palomar Medical Center in Escondido.

He then served our country in the Air Force from 1986-1996. Along the way, he and Mom were raising seven kids!

Our father was a proud and active member of his local community. He loved Leucadia and his retirement of 22 years. He remained an avid reader and traveler, exercised regularly at the YMCA and pursued his many interests in painting, wood working, investing and creative writing.

He also volunteered for the Sheriff Dept., Batiquitos Lagoon Project, Wounded Warrior Project and others. Memorial donations may be made to any of these local non-profit organizations that our dad loved and supported:

Dad left an indelible imprint in this world among all he met,  and he will be truly missed by all those that he touched.