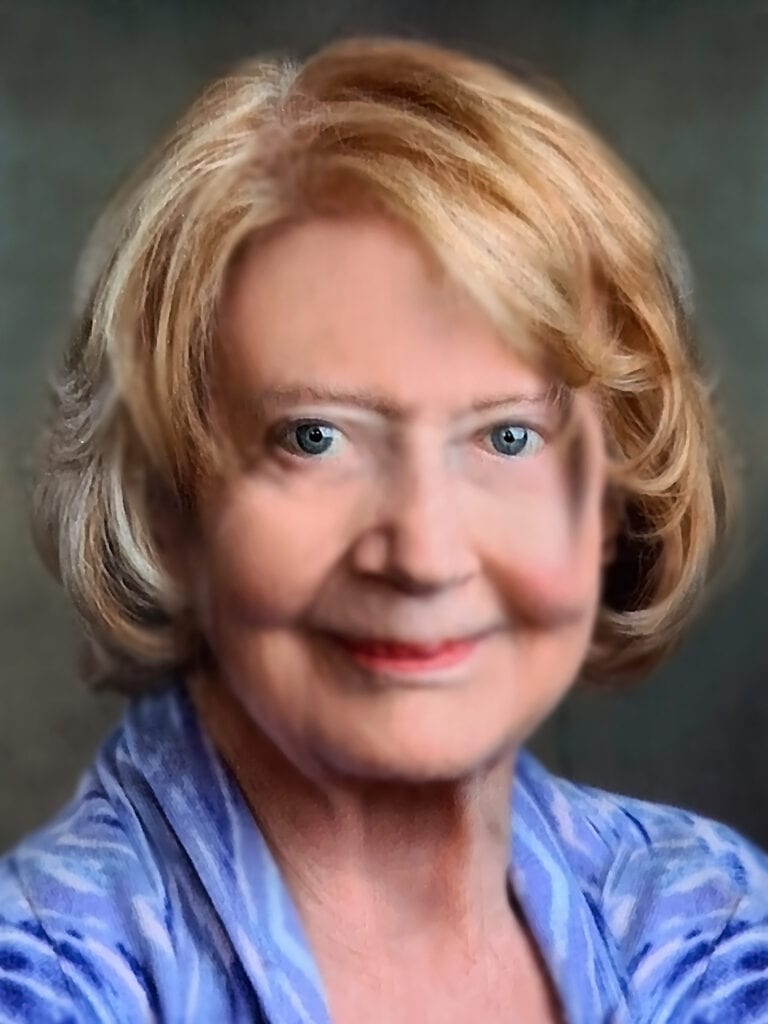 A long-time resident of San Diego, Escondido and Vista, California, Mrs. Driese was born at Mercy Hospital in San Diego and was the daughter of Mildred Craven McGrew and Alan Bracken McGrew.

Mrs. Driese attended Central Elementary School in Vista, California. The family then moved to Dearborn, Michigan where her father worked for the Ford Motor Company as an in-house writer. The family moved back to Vista, where Romilya graduated from Vista High School.

After spending two years at Cottey College in Nevada, Missouri, she transferred to and graduated from Occidental College in Los Angeles with a BA in History. She worked at the San Diego Union and the Times Advocate in Escondido in the advertising sales departments. She married Hubert “Bert” William Howard in 1954 and had two children, Bruce Alan Howard and Diane Elizabeth Howard.

She was a partner to John Lettman at The Mailing House, an advertising agency in San Diego. She remarried in 1966 to Donald Nelson Driese of Valdez, Alaska and lived in Del Cerro, and then moved the family to Escondido.

Mrs. Driese belonged to many organizations including the San Diego PEO Chapter BR, the Escondido PEO Chapter FV, and The Wednesday Club in San Diego. She also served two terms on the board of directors of the San Diego Historical Society and was a Kiwanian.

Mrs. Driese influenced and introduced her family, friends, and their children to her love of the arts with trips to concerts, operas, symphonies, museums, and art galleries. She had a love of Baja, Mexico, and over the years shared her trips and experiences through her many papers and writings. She will be greatly missed by all whose lives she touched and unselfishly mentored during her lifetime.