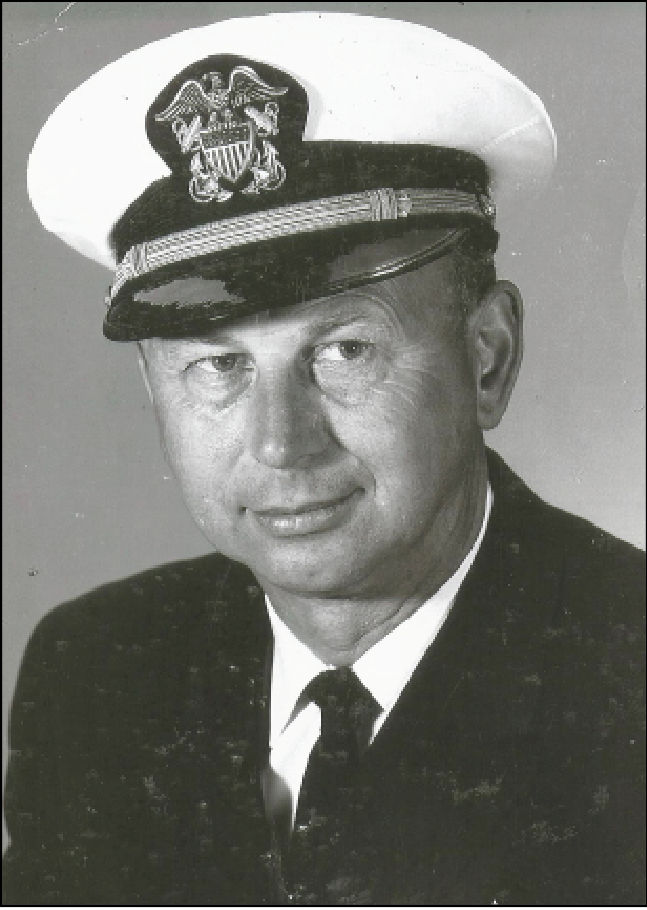 Born in Centralia, Washington in 1923, he enjoyed an outdoor childhood, making boats, helping install electricity into his house, and washing small airplanes so he could have a ride.  Rod graduated from Centralia High School in 1942, went by train to Navy Boot Camp in Idaho, and was sent to Treasure Island Naval Station, San Francisco.  He was assigned to a PC-580 submarine escort vessel homeported in Pearl Harbor and served at sea as a Quartermaster in the Pacific throughout World War II.

The Navy later sent him to Princeton University, University of Colorado, University of Washington, and Willamette, where he was student body president and tight end on their football team.

He qualified on submarines The Besugo and The Caiman, receiving a direct commission as a Lieutenant JG.

He married Barbara Anderson of Washington, adopted Florence, and had two sons, Greg, born in 1950 and Stuart, born in 1951, both becoming accomplished seamen.

Rod worked with Navy orders at Bethlehem Steel in Seattle and Torrance.  At sea, he was the Commander on various fleet submarines in the Pacific.  After retiring from the Navy in 1974, he became Manager at Fuller Co., a steel company in Houston and then was Vice President and Plant Manager at Richmond Tank Car, Houston.

In 1981 he moved to Escondido, California to work with his sons at SRG Construction.  He married Virginia Leighton in 1997 and became stepdad to Daniel Leighton.

Rod loved sailing, carpentry, and reading.  He had nine life-long friends (The Dirty Nine) who all survived the War and stayed in touch throughout their lives.

His remains will be scattered at Sea.