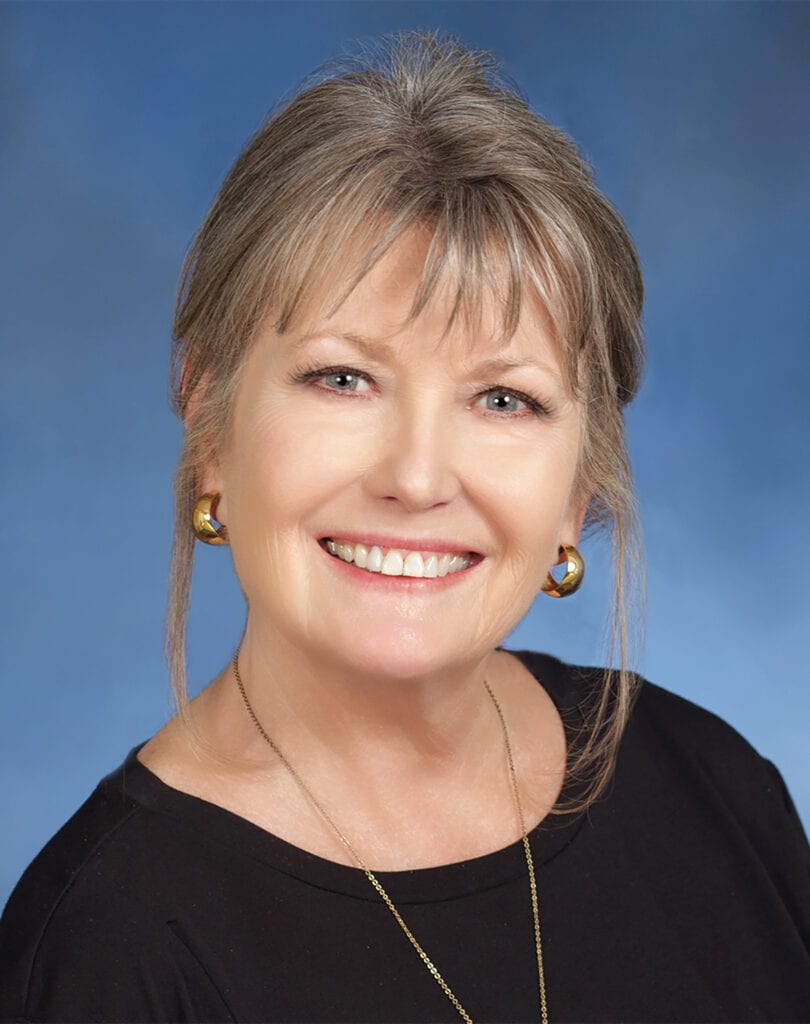 Diana Towne has many accomplishments she is proud of: volunteer with the Assistance League of Inland North County and the California Center for the Arts, Escondido and at Palomar Hospital. But one of her proudest boasts is that she was the first woman ever elected to the board of the Rincon Del Diablo Municipal Water District. She represents Division 5.

Today it’s not a rarity and in fact quite common to find women in the water industry as engineers, general managers and board members. But back in 1996 women directors were scarce. “We’ve come a long way!” observes Towne.

In 1995 one of the directors of the water district that serves part of the City of Escondido died and Towne interviewed for the position. She was the only woman applicant. At that time she was a legal assistant. She was appointed and in 1996 ran for reelection.

“At the end of that first term I was encouraged by board members to run,” she recalls. “They could have easily not said anything, but I felt pride that they had asked me to jump in and run.”

She learned her job from the bottom up. In that election a prominent member of the community decided to run against her. “For the first time I was running for office and had an opponent who was a seasoned board member.” Nevertheless, she won the election.

Towne has lived in Escondido for 40 years. She observes, “We fell in love with the beautiful rolling hills, and the city’s central location.”

She worked as a legal assistant at several law firms, the longest—14 years —at Hillyer & Irwin. She retired seven years ago and like many retirees finds herself busier than ever. “I’m so busy I don’t know where I found the time to work,” she quips. She continues to volunteer at the hospital and as a member of the Assistance League of Inland North County—for which she edits the monthly newsletter. The League’s thrift shop was recently voted best thrift shop in Escondido. “People who volunteer have good hearts and want to give back,” she told The Times-Advocate. “That’s why I enjoy being a board member and policy maker because I enjoy giving back. I am a customer and whatever decisions I make are going to affect me as well.”

She’s running again because: “I’m not tired. I still have energy and I like what I do. On top of that I have the support of my fellow board members and individuals on other water districts and members of water officials in the area who have endorsed me.”

Asked what she thinks are the issues of the election, she answered: “I don’t believe there are any issues. If you go around Escondido and the division I represent, before I put a sign in the yard I ask them, ‘Do you have any problems, any issues about your water?’”

She usually is answered by “no” and she is allowed to put up her sign. “That makes me proud.

“Additionally, I am proud of the support of fellow board members, other water officials and, more importantly, the customers within the Rincon, Division 5 service area – many of which have opted to post a re-election sign in their yard on my behalf.”

She added, “Customer service and water is what we provide. Nobody has any problems with Rincon. I feel pretty confident that there really aren’t any.”

She does, of course, have an opponent running on lowering water rates. “Well,” she said, “we think about that all the time. Rincon rates are relatively low. If you consider you can go to the grocery store and buy a gallon of water for 99 cents, you can get 1,000  gallons of water from Rincon for less than $8. It’s still the cheapest thing you can purchase.”

It IS going to get more expensive, she says. “The planet is running out of water. It’s going to be an extremely scare commodity because of lack of rain and snow melt,” she said. “There’s no water coming down the Colorado River.  In my opinion, indirect and potable reuse is going to be the answer to scarcity. The sooner the better in my mind. It doesn’t make too much sense to build dams for water that we probably aren’t going to get. If it’s good enough for the astronauts it should be good enough for us. As somebody once said about the scarcity of water, ‘When one of us goes over a cliff, we all go over a cliff.’ We are all in this together. This is not a political issue. There is nothing political about being a policy maker for a water district.”

She added, “Rincon Water is a viable, well-operated and fiscally sound municipality. Our employees are dedicated – and well informed. Our customers are happy and provided for.”

The incumbent for the fifth division sums it up: “I’m conscientious, I’m ethical, fair, honest and hardworking. I make my decisions with the customer in mind.”

You can find out more about Diana Towne by visiting her website at Rincon-towne.com

One response to “Rincon’s Towne defends her water board seat”