Bo Mazzetti, tribal chairman for the Rincon Band of Luiseño Indians was joined by Fifth District Supervisor Bill Horn Monday for the annual North County Thanksgiving Turkey Giveaway in Escondido, which was the first of three stops.

“We met so many families that were so thankful for us lending a hand,” said Mazzetti.  “We wanted to ensure that all families have the opportunity of celebrating the spirit of the holiday tradition.  We will never forget when we did not have much and our neighbors helped us.  We are so thankful that we can now help others as we were once helped.   We want to wish everyone a safe and joyous holiday and hope to have another successful event next year.”

The Rincon Band of Luiseno Indians donated 600 turkeys, which totaled about 8,500 pounds in eight.  To match the turkeys, the Rincon Band also included the trimmings.    Vons donated food and water to over 80 volunteers and contributed the day event.

“At Vons, we are proud to support events in our community and was very happy to support the Rincon band’s Thanksgiving Giveaway,” said Christine Calderon, store manager of Vons.

“The Rincon Band of Luiseño Indians has always been a valued community partner and I am proud to join them in the launch of this great new tradition,” said Horn, who is a Valley Center resident. “Providing a meal to those in need is the perfect way to celebrate Thanksgiving.” 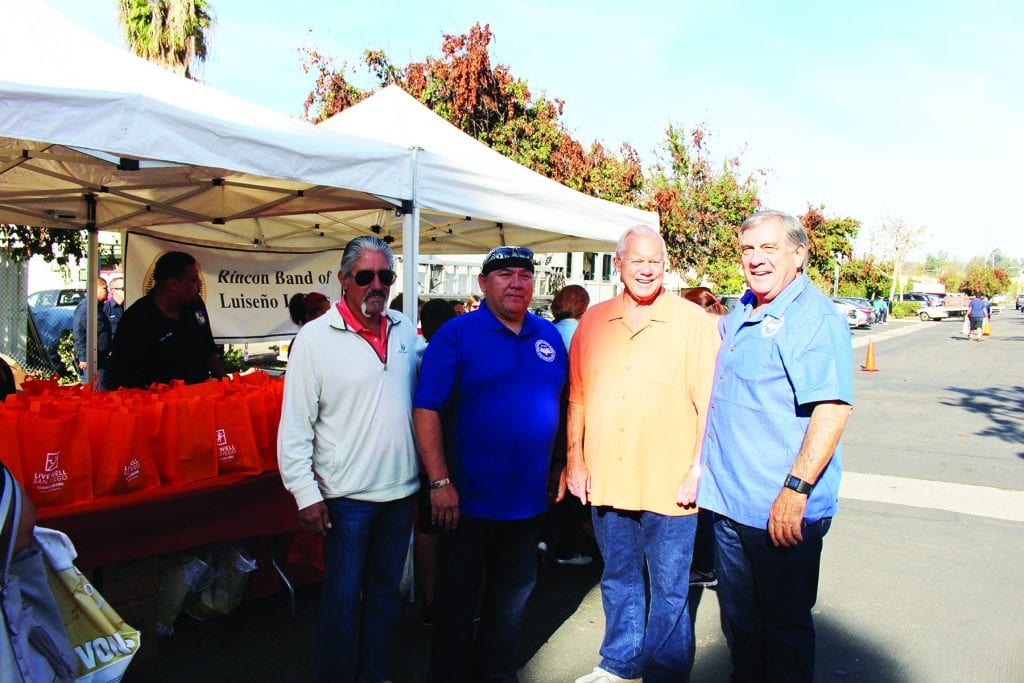 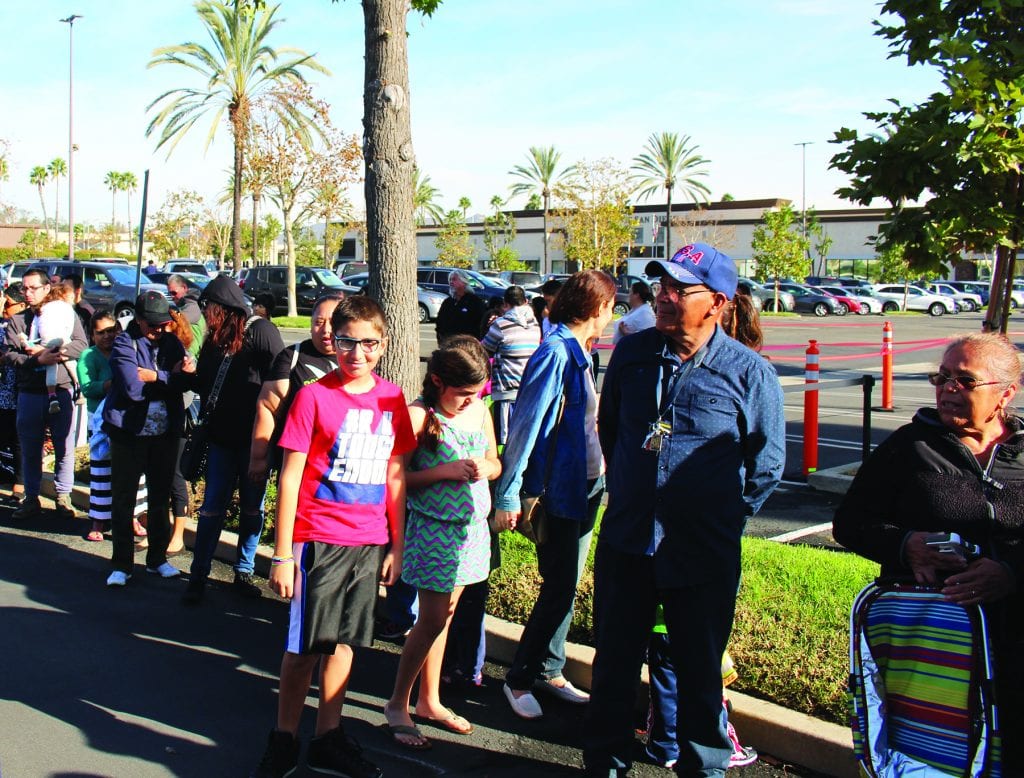 Happy faces lined up to get all the fixin’s for Thanksgiving Dinner. 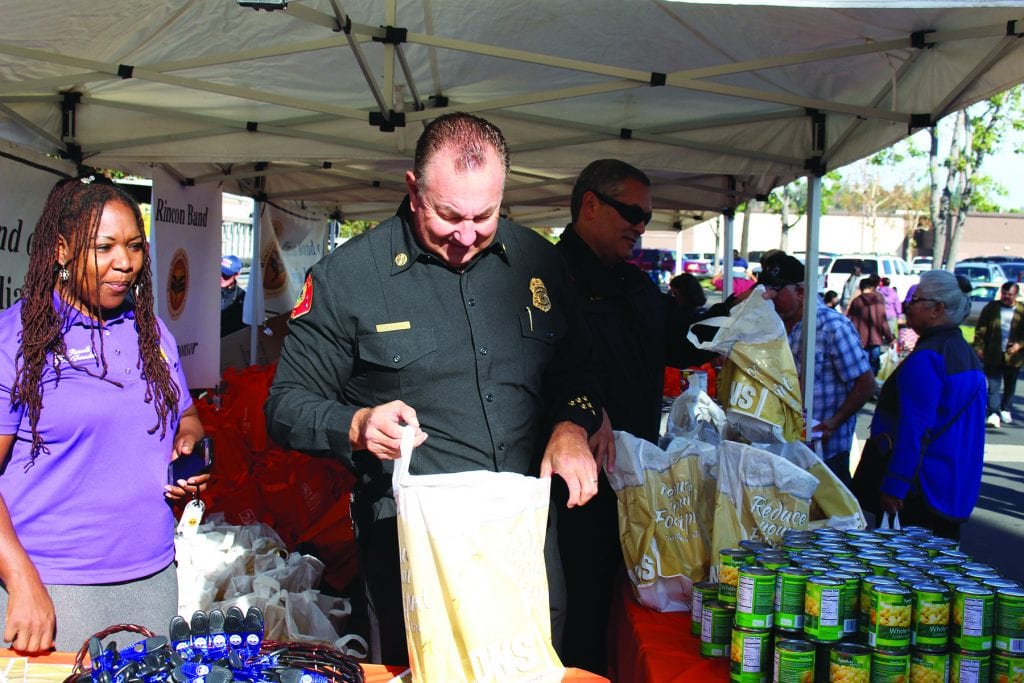 Employees of the tribe, county employees, and others helped hand out the food to pre-selected families. 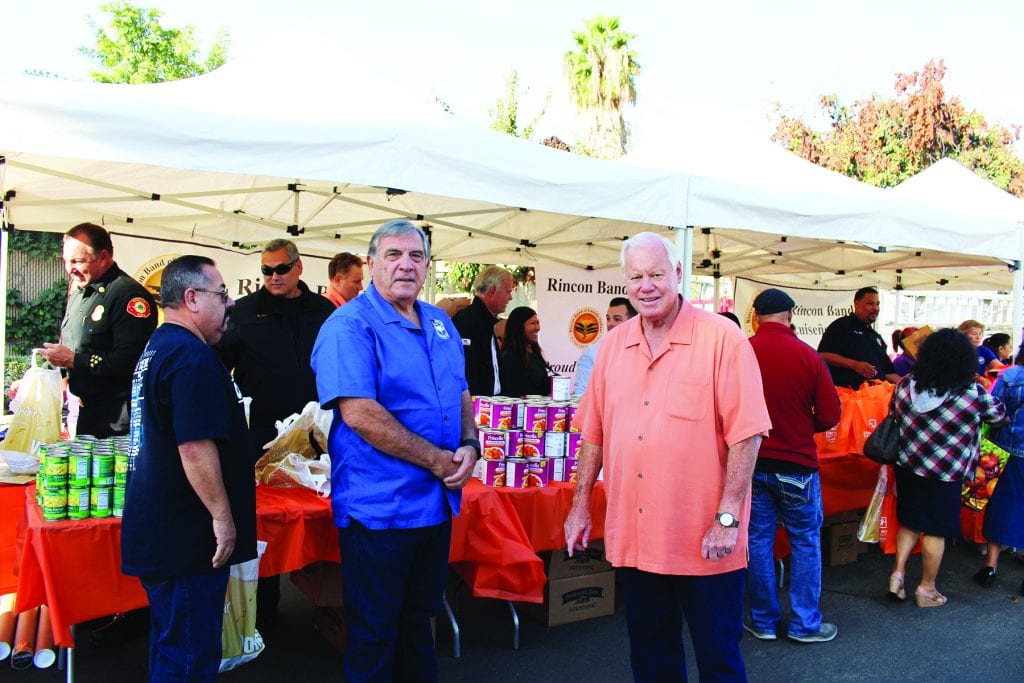 Chairman Bo Mazetti and Supervisor Bill Horn chatting during the Turkey Giveaway. Horn said he’s lost 80 pounds in the last few months. “I decided I didn’t have to eat everything on my plate,” he said. “I cut my portions in half, and then I cut those portions in half.” So, probably no seconds on pumpkin pie this holiday.