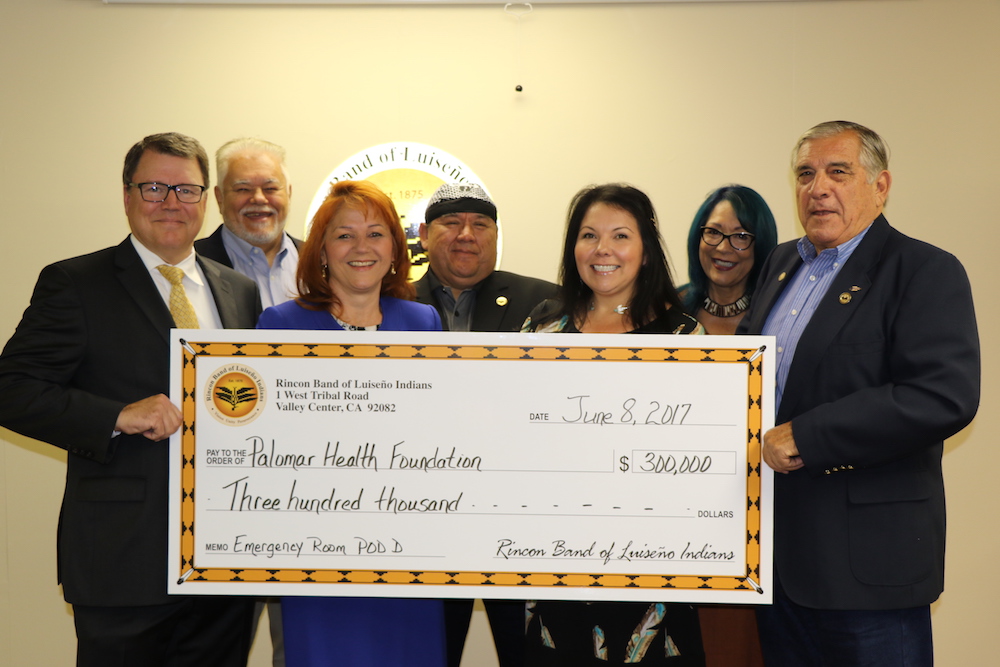 The Rincon Band of Luiseño Indians has committed $300,000 to the Palomar Health Foundation capital campaign to fund expansion of emergency services at Palomar Medical Center Escondido.

Specifically, these funds will go toward building out Pod D, the unfinished shell space inside the Emergency Department that will feature new patient treatment rooms, with state-of-the-art medical beds, monitors, technology, and lifesaving equipment, along with additional clinical support space.

According to Bo Mazzetti, Rincon chairman, this is not the band’s first contribution to the Palomar Health Foundation. However, it is the first to the Emergency Department expansion campaign.

“When considering how to make our donations meaningful to the North County, we wanted to make an investment that benefits as many people as possible,” said Mazzetti. “A contribution to meet increased emergency capacity at Palomar Medical Center Escondido was an obvious solution because at some time almost everyone is likely to need emergency care either for themselves or for family.”

Mazzetti added, “Convenience, skill, and timing is important to saving lives in a serious emergency. Rincon members, like others in North County, look to Palomar Medical Center Escondido for our care and we believe it is important to support the Foundation’s goal to provide the highest level of treatment.”

“One of the many benefits from the increased capacity will be to allow the entire treatment team to better experience the joy of medicine,” Dr. Rivas said. “Happier doctors will translate to better care and overall satisfaction for patients.”

Dr. Rivas added that he expects wait times to decrease in the emergency department. When originally opened in 2012, the Emergency Department expected to serve about 60,000 patients annually but has been serving more than 100,000.

The Rincon contribution will be made over three years, with installments of $100,000 contributed annually.