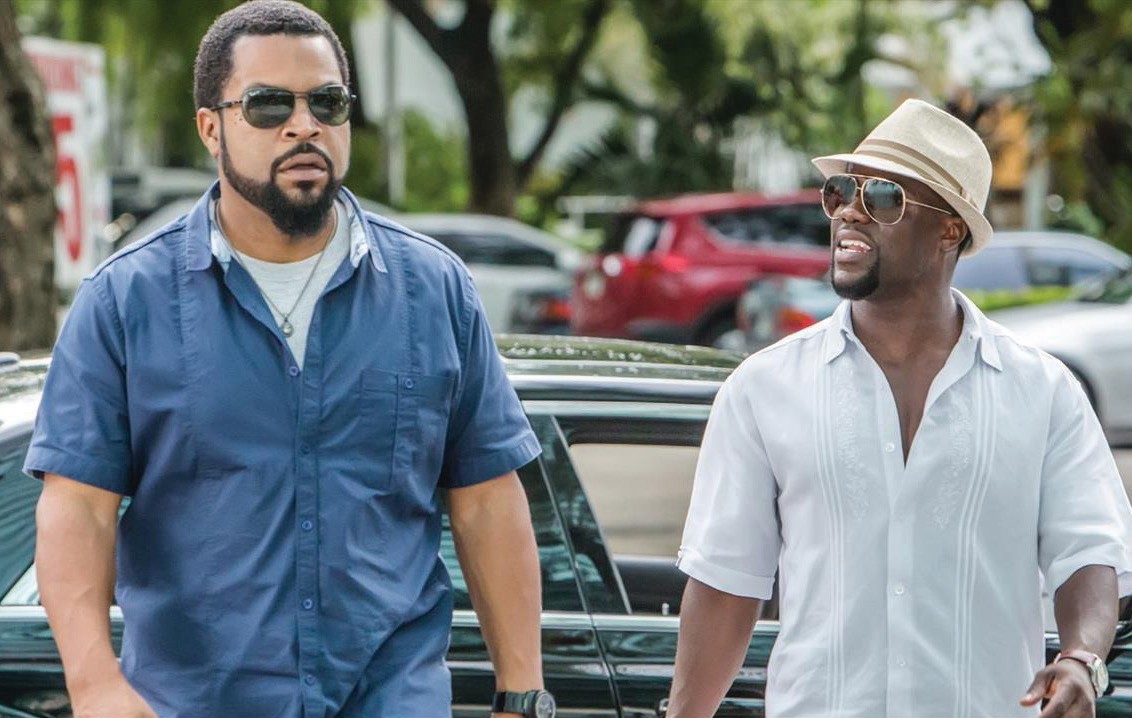 Back in 2014, Ice Cube and Kevin Hart made the idiotic comedy “Ride Along.” The film followed a familiar “hardboiled cop and pesky sidekick” formula that’s been done to death, with the only variation being that it starred the constantly-yapping Hart. Hart’s appeal was, and still is, lost on me, but the man’s fan base turned out in droves, giving it the biggest opening weekend of any movie to of­ficially open in January. A sequel was pretty much inevitable, and equally inevitable was that “Ride Along 2” would be just as useless as its prede­cessor.

The new film opens with Ben (Hart), now officially a rookie cop, screwing up an undercover mission for his vet­eran cop mentor James (Cube). Ben should be kicked off the force for that alone, but instead James lets him tag along on an even bigger mission to Miami. There they meet up with lo­cal cop Maya (Olivia Munn) and pan­icking techie A.J. (Ken Jeong) and work to take down criminal kingpin Antonio Pope (Benjamin Bratt). By the way, Miami movie cops, if you’re wondering who in your area is prob­ably a drug kingpin, start with the rich guy who’s always throwing par­ties at his mansion with a religious- sounding last name like Pope (Saint and Gabriel are other good examples) and is played by Benjamin Bratt.

Ben fights ever so hard to win James’s approval, but James doesn’t show him respect. James especially hates that Ben refers to the two of them as The Brothers in Law, as Ben is about to marry James’s sister. For the record, I actually think that’s a pretty funny name, and it even could have been incorporated into the title of the movie (“Ride Along 2: Broth­ers in Law” wouldn’t have been too bad). But I don’t blame James for disliking Ben. Ben is a grating person and a horrible cop, never knowing when to shut up and let James handle things. Sure he gets to play the un­likely hero a few times, but it’s usu­ally in situations where he’s already endangered lives by botching an op­eration that didn’t call for an unlikely hero in the first place.

I’d say that Ben’s constant ram­bling ruins the movie, but there’s not much of a movie without it. I’ve seen comedic Miami crime movies before, and this one brings nothing new to the table. Munn is exactly what you’d expect from a tough female cop (the film tries way too hard and way too late to make her charmingly awkward so we’ll think she’s funny, but no dice). Bratt is exactly what you’d ex­pect from one of those bragging vil­lains who talks too much (though not as much as Ben). Jeong is surprising­ly less annoying than usual, though Hart more than picks up the slack in that department. Probably the funni­est thing about the movie is Ice Cube, who gets a few good dry lines (heh, Dry Ice Cube), especially at the end when he gives an unimpressive wed­ding toast and then makes a minimal effort to correct it.

There are only so many ways I can say it: Kevin Hart is annoying in “Ride Along 2”. He was annoying in the first “Ride Along”. He’s annoying in every movie outside of his standup concerts, where it makes sense for him to be constantly talking. If your idea of funny is Kevin Hart forcing himself down your throat for 102 minutes, this is the movie for you. Yes, a small handful of jokes con­nect, which is why I can’t bring my­self to give it the dreaded One Star review. But there is no reason to see this movie unless you’ve seen all the good movies that we got at the end of last year and you need a break from quality.

“Ride Along 2” is rated PG-13 for sequences of violence, sexual con­tent, language and some drug mate­rial. Its running time is 102 minutes.