Repairs progress on Woolly the Mammoth 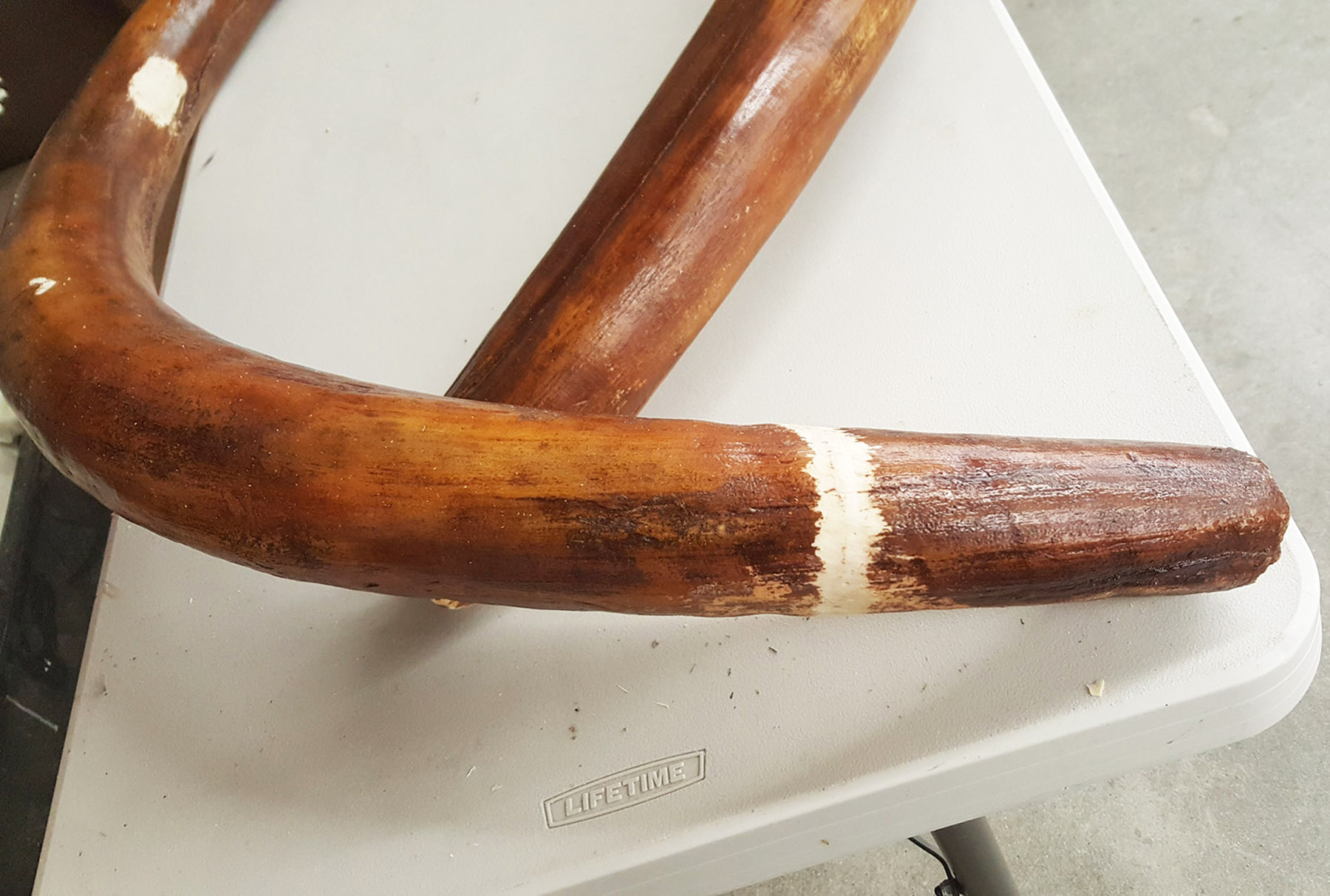 What big teeth you have! The repaired tusks of Woolly the Mammoth, which will soon be returning to the Roynon Museum of Earth Science & Paleontology. 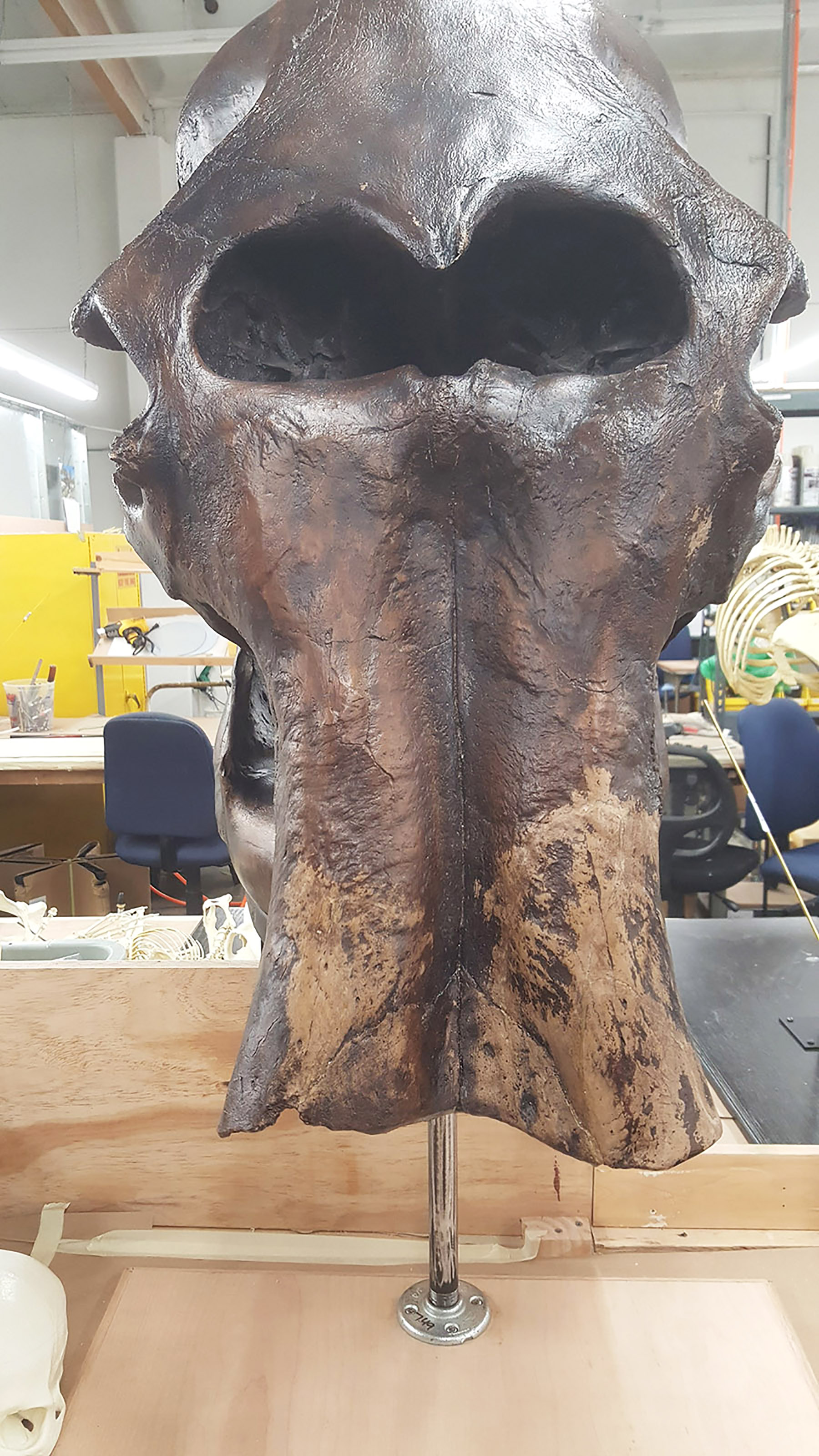 Many of our readers are eagerly following the saga of “Woolly the Mammoth” whose skull was damaged recently at the Roynon Museum of Earth Science & Paleontology when it fell off the wall where it was displayed.
The Times-Advocate got an update from Sherry Bauer, the museum’s Director of Education & Special Events, who told us about the expert who is restoring the skull to its original glory (well, not THAT original glory, but close.)
“We heard from ‘Dr.’ Paul at the ‘clinic’ today and are excited to share the progress on Woolly the Mammoth’s face lift. Reconstruction surgery took a couple of weeks but has been completed. Woolly is now on the way to the ‘makeup’ department to be touched up so the bruises do not show. The new base and stand are also being constructed so Woolly has a firmer support to rest on. He says Woolly has been a good patient and should be home within a week or two. Thank you for your continued support, we could not have done it without those of you who helped us reach our goal to put Woolly back together again.”
He has been, if you’ll pardon the pun, been getting the best of mastadontic care!
For those who have never seen the museum’s extraordinary collection, they are located at 457 East Grand Avenue, Suites 1-3. Call them at 442-999-4449.