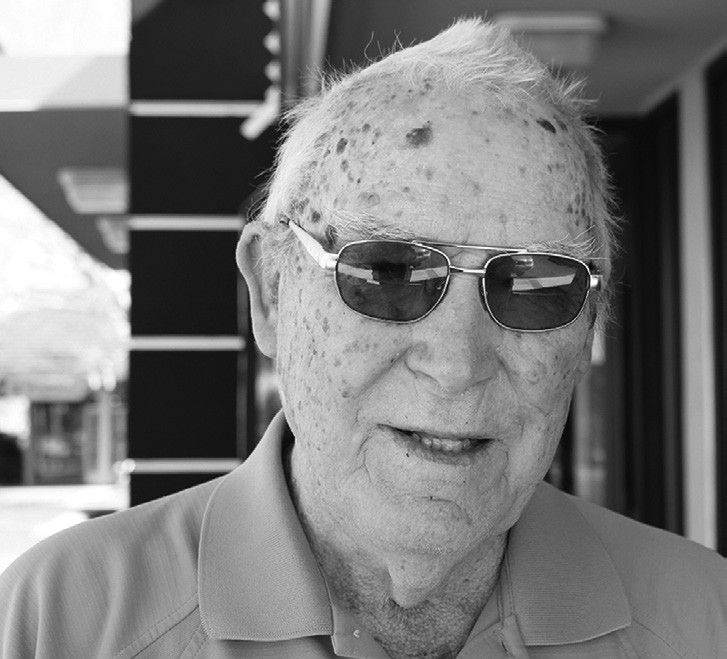 In that autumn of 1952, my first year as a sports writer for the former Daily Times-Advocate, there was only one high school in the area. The Escondido Union High School Dis­trict encompassed Escondido, San Marcos, Poway (there was no Ran­cho Bernardo then) and Valley Cen­ter. (Vista and Fallbrook each had small high schools to accommodate their unincorporated communities.)

EUHS district buses provided transportation for those students from those outlying then rural ar­eas of San Marcos, Poway and Val­ley Center, joining Escondido kids at that majestic-like manor “on the hill,” the three-story brick building at Fourth and Hickory — Escondido High School. It was only a few more years that town folks and students could experience that “high school on the hill,” as it was doomed to an unexpected demise. An inspec­tion had considered it to be unsafe in the event of a major earthquake. So, the district board of trustees, to avoid the potential of future liabil­ity, made the controversial decision to have the venerable old structure razed in 1954.

That had paved the way for the move to North Broadway for hous­ing in multi-structure, one-story buildings and enough land for a full athletic complex and a “farm” for FFA students.

The last group of seniors to gradu­ate from the Fourth and Hickory site was the class of 1954, graduating in June of that year. The class of 1955 seniors actually started their year in September of 1954 at the “high school on the hill,” but began the transition to North Broadway in No­vember and December and became the first class to graduate from the new high school in June 1955. De­molition was completed in 1955.

That North Broadway high school location stood alone in the area un­til 1960, when San Marcos and Po­way split of from the EUHS district, forming their own separate unified districts of kindergarten through 12th grade. In 1961, the EUHS dis­trict added its second high school to a burgeoning area — Orange Glen. Then came San Pasqual High School in 1972. It was in the years follow­ing that that Valley Center split off from the district to create a unified school district, establishing Valley Center High School.

In that autumn of 64 years ago when Escondido was a sleepy, quiet city of fewer than 10,000 residents; when Escondido High School’s Cou­gars was the “only game in town” and I was a brand-new and rookie sports writer on the scene, How­ard White was the varsity football coach, Jim Ahler was the basketball coach and Bill Duncan was the base­ball coach and athletic director (hav­ing retired the previous year as the long-time football coach.)

The football field then was at the northwest corner of Fig and Valley, the recent site of county welfare of­fices.

Chick Embrey, who was to be­come the legendary football coach at Escondido High (his alma mater), leading the Cougars to their “glory days” in the ‘60s and ‘70s, was the P.E. teacher at Central Elementary School.

Howard White was in his first and only year at Escondido High, moving elsewhere after the 1952- 53 year. He was succeeded by Walt West, then Ed Roy, then Embrey, who by then had been an assistant under Roy.

In that 1952 year, the Cougars finished with a respectable 6-3 re­cord. They ran a single-wing of­fense (which was on its way out in the mid-’50s as an offense, giving way to the T-formation.) Don Portis (who was to become the basketball coach and athletic director at his alma mater) was the tailback in that single wing. The tailback in those days was a “triple threat” — run, pass, kick (punt). The primary re­ceiver was end Rich Gehring.

Some other players whose names I recall were Bill Birdsell, Jim Es­tep, Don Broyles, Dick Shepherd and Jim Tarling.

Escondido High School, part of a far less-populated county then and one of the far fever high schools in the county was in the Metropolitan League which included Oceanside, San Dieguito, Coronado, Chula Vista and Sweetwater.

The one game I remember from that year was the crushing defeat of 49-0 that Oceanside High inflicted on the Cougars at the Oceanside field. Not because of the embarrass­ing loss, but because of an exciting running back named C.R. Roberts, who scored five touchdowns that night. Roberts went on to star at the University of Southern California and then a professional career with the Pittsburgh Steelers.

I am not one to use hyperbole in extolling the athletic feats of high school athletes, but C.R. Roberts was a rare exception. I have to be­lieve that most people who saw him play would agree that he has to be among the all-time best high school footballers to come out of San Di­ego County.