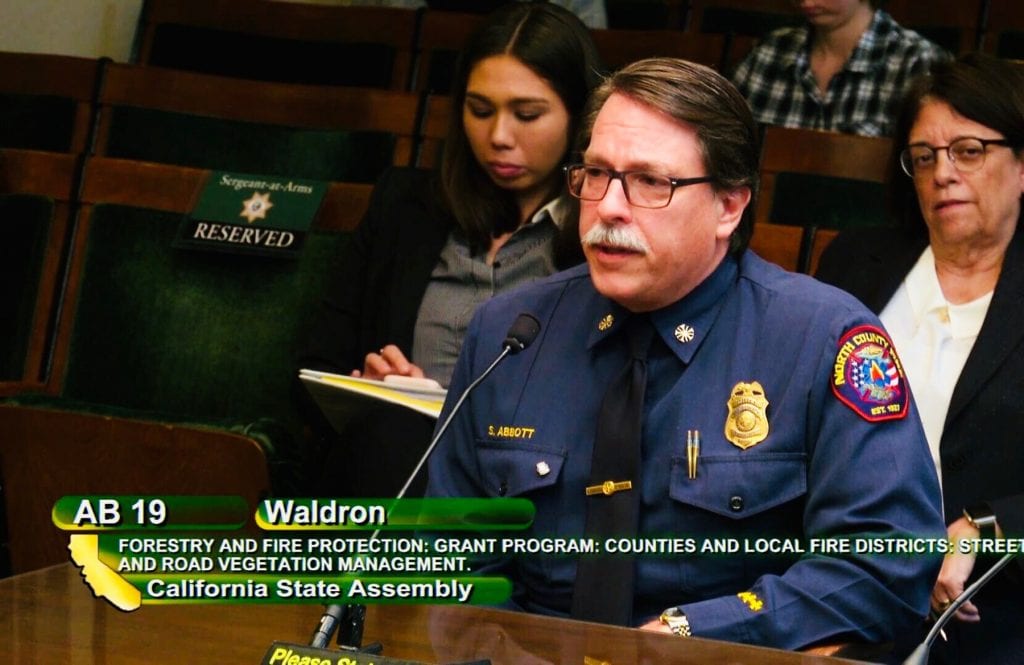 It’s easier to prevent wildfires than to control them once they’ve started. That’s why I introduced Assembly Bill 19, which will provide $25 million for vegetation management along county-maintained roads.

Auto-related wildfires are a major problem in California. In 2016 and 2017, almost 25% of local wildfires were vehicle-related. The Carr Fire, the state’s seventh largest, began when sparks from a flat tire ignited brush along a highway in Northern California. The fire killed eight people, burned over 200,000 acres, destroyed more than 1,500 structures, and cost over $1.6 billion.

We can prevent many of these fires by eliminating the fuel source. AB 19 will establish a General Fund grant program to help county road maintenance departments and local fire districts in high Fire Hazard Severity Zones purchase vegetation management equipment to mow brush along county-maintained highways.

Brush clearing along roads can also prevent the deaths of motorists attempting to flee during fire emergencies. According to North County Fire Protection District Chief Stephen Abbott, who recently testified in favor of AB 19 before the Assembly Natural Resources Committee, San Diego County’s 2003 Cedar Fire resulted in 13 deaths, mostly motorists trapped in their cars as they tried to escape the flames along the roadway.

Future wildfires are certain, but many can be prevented and lives can be saved if we remove the combustible fuel source growing along our backcountry roadways.

Should the government run healthcare?How I write my columnRussian Roulette at the check-out line