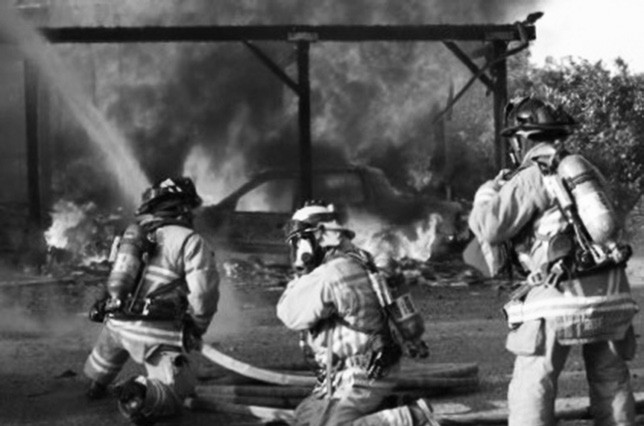 Part I of a series.

Wonderful rain may be helping our Valley Center drought condition for now but the cumulative effect over the past ten years will not change overnight.

The vegetation will continue to grow and then go dormant, dry out, turn brown and become combustible fuel waiting for any spark.

The wildfires of 2003 and 2007 have had a huge impact on lives of residents in the Valley Center area.

The fires demonstrated how vulnerable and powerless we are in the face of wildfire. Below are some examples of the problems that were identified from past local Wildland fires:

Valley Center Fire Protection District along with the San Diego Fire Chief’s “Fire Prevention” committee has worked with local fire marshals, planners, environmental experts and the building industry to craft codes that are responsive to the wildfire challenge. Valley Center Fire Protection District’s fire codes have been strengthened in successive code adoption cycles with the primary goal of protecting the safety of our citizens and enhancing your home’s ability to survive wildfire. Lessons learned from the devastating wildfires of the past resulted in further refining of the County fire and building codes.

These changes have paid off. In the Witch, Harris, Rice and Poomacha fires (October, 2007) 1,047 homes were destroyed in the County (unincorporated) area. There were approximately 8,300 homes in the burn area; therefore the “loss” rate was about 13%. In comparison, there were 1,218 homes in the fire-damaged area that were built under the 2004 County fire and building codes. Of these more recently built (and more fire-resistive) homes, only 24 were destroyed – a “loss” rate of only 2%.

Therefore, homes built under recent codes have a more than six times better chance of survival!

Back in 2007, before that years wildfires, the State of California adopted new fire and building codes, which are based on the 2006 International Fire Code and the 2006 International Building Code, respectively. The latest 2014 adoption of the VCFPD’s fire code was in an effort to both coordinate with the latest State codes and to further refine the VCFPD / SD County Consolidated Fire Code and the modifications to the State codes. The most recent County fire and building codes became effective In 2014.

NEXT TIME: We will discuss some of the key changes in the County Fire and Building Code that are improving chances for newer homes to survive a wild fire.