The dream of homeownership may still be but a dream 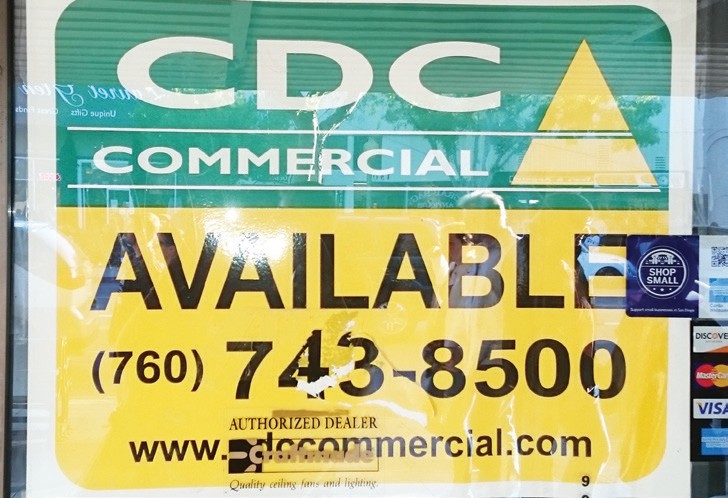 A tight supply of housing has created a seller’s market.

Searching for a new home or business location in North County San Diego has proven to be a challenging endeavor for consumers on the purchasing end of the real estate transactions this year. Se­lecting real estate is hard enough when trying to find a location that has all the amenities that suit an individual’s needs at a reasonable price in a desirable loca­tion. Knowing where you want to pur­chase is a big step to narrowing down options. Consumers may find that op­tions are quickly dwindling.

In Escondido, zones covered by zip codes 92025, 92026 and 92027, there have been 219 active residential list­ings and 275 pending listings since the start of the New Year. Much of the sales have been scooped up by investors buying property to fix them up and resell. Others have been pur­chasing real estate as homebuyers. Many business locations remain open for lease in various parts of the city, awaiting tenants who are willing to pay for the new rates that meet the de­mand of the market.

“A lack of people wanting to sell can be healthy for the market: en­couraging prices to go up,” said Bob­by Martin of Bobby Martins Realty Group and among one of the top real estate agents in North County San Di­ego. “There is a very strong buyer de­mand right now and houses are selling at top dollar. If you have a home that doesn’t suit for the long term, the time to buy is now in order to move up or down in size. When rates rise you will see a lull in the next two to three years with a much smaller amount of sales. Rent is expected to go up 10% in the next year.”

Last year’s progress in real estate left the industry optimistic for 2016. Market data for this year has shown that economic growth has continued to increase over the past 68 months by 2.6%, according to the California As­sociation of Realtors.

Millennials are beginning to drive the housing market as they begin to start their families. Gen-X’ers are in their prime years of making money. Baby Boomers are expected to be in retirement and looking to downsize. With the volatile state of the econom­ic recovery since 2008, Baby Boom­ers with families have stated that they have chosen to keep their larger es­tates for fear that their families will never be able to afford homes of their own and are keeping their existing property to pass down rather than sell, or sell at an optimal time in order to provide a down payment for their chil­dren to purchase a new home.

“We looked at a couple of houses in Escondido. Everything over 1,500 sq ft was over $400,000 in a good neigh­borhood. There weren’t very many options available. Buying was scarce and there wasn’t a whole lot available but we were lucky to find our new home in Fallbrook,” said Lana Cook, a happy new homeowner and Millen­nial. As a newlywed, she and her hus­band spent six months looking for a home they could call their own. They intend to keep the property long term and potentially expand the property over time.

With Baby Boomers being three- quarters of the population owning a home, they are likely to want to down­size as their need for larger residency is not necessarily a priority anymore. Due to the lack of affordable market and opportunity to profit from a pur­chase in a smaller residence, these individuals/married couples have chosen to keep their homes until the market becomes more favorable thus accounting for the retention of home ownership.

Big properties are in less of a de­mand in this present society as Millen­nials have a totally different mentality for homes and renting options. “They are more open to purchasing much smaller real estate and value renting over buying,” said Martin.

All specialists and professionals agree that rental prices will continue to rise. A lack of income growth in low and moderate income households continues to exist. Supply is not meet­ing demand as “wage growth will be the key new ingredient for housing recovery” according to www.inman.com’s forecast for the 2016 housing market.

S&P 500 composite states that causes for financial turmoil in this market are affected by the highly val­ued asset markets, China’s economic slowing, normalization of U.S. cur­rency, and a collapse in energy prices (according to the California Associa­tion of Realtors). Vacancy rates have gone down over the past two years. Long-term unemployment has con­tinued to remain constant. There was a strong growth in establishment of households in 2015 and rental proper­ties continue to be slightly more ac­cessible but are drastically priced.

Real estate climates are suffering in all parts of the world. Between hous­ing price leaps; supply lacking ability to keep up with demand; low income rates not matching up with standard costs for living in this ever evolving economy; and unpredictable interest rates expecting to increase for home buyers, they are suffering not only in major cities but in all regions of the market place. Rental prices have al­ready begun to climb. In Escondido, prices for apartments currently range from more than $900 for studio apart­ments, up to more than $4,000 for two to three bedroom apartment homes.

Kim Balesteri, of Del Mar’s Hypno­sis Healing and Massage Center said, “I was looking for a three bedroom house or apartment with a garage that accepted pets. We found that there was nothing listed under $2,000 a month to rent in a good neighborhood. We did find two properties listed under $2K: one was a duplex and the other was in an unsafe location and we didn’t feel comfortable being there with our kids. It was frustrating to find something in our price range. We had to look in the outskirts of North County.”

She added, “We focused on areas in central Escondido and East of the 78. Old Escondido was nice, but ex­pensive. It was difficult to find an area where we could feel safe with our children and have them going to a good school. If I had to live in those places I would personally choose to home school my kids. I would be afraid of them playing outside.

“We had to find a new home quickly because we were not permitted to go month to month at the current place we were living upon the end of our lease, so we were looking for about one-and-a-half months before we found a wonderful apartment complex to settle at in Poway” Mrs. Balesteri and her husband are members of Gen- X and would like to be homeowners one day.

The average three-bedroom home with a yard in North County San Diego has a mortgage rate of about $450,000. With a 30 year fixed mort­gage with the present 3.57% interest rate being purchased by the aver­age four-person family would have to have an average annual household income of at least $70,000 per year depending on utility rates and other factors for cost of living.

Market performance for real estate is area specific and should be researched by location for more detailed market pricing, availability and trends, yet the matter of available real estate for consumers and rising costs continues to exists throughout the marketplace.

What has been contributing to this nationwide tug-of-war over supply of real estate meeting the demands of the consumers? Foreign buyers have ac­counted for some of the purchases for prime real estate on both coasts and in all prime real estate areas across the nation.

With San Diego county booming in support of big industry growth for technology based companies, in­dustries related to scientific research and publicly owned corporations has helped to boost the potential for eco­nomic growth, but has also brought in new residents from outside of the community to become residents of San Diego County and competitors for purchasing residential real estate countywide.

Southern California’s warehouse fa­cilities and business areas had begun hosting companies like Amazon and various other big name distributors and manufacturers over the past three years in order to help recover from the 2008 economic crash, bringing back jobs and inspiring faith in eco­nomic growth, but the cost for hous­ing continues to climb due to the lack of availability and delayed construc­tion projects for new developments all throughout San Diego and neighbor­ing regions.

Small businesses are forced to com­pete with the price listings that big in­dustry is far more capable of meeting and may struggle to renew contracts for their existing office spaces and window fronts that have increased in value:

“Our office has been looking for a new space for seven months so that we can either renew contracts with the space we are currently in or find a new one. The company lease in Car­mel Valley ended in March and the rent for the current location increased over 60% since we first moved in five years ago. We are shopping in Car­mel Valley and looking in other parts of North County. Many of the office spaces here are occupied by interna­tional law firms and publicly traded global companies who maintain their global headquarters in these office buildings,” said Brian Britt, a finan­cial advisor and retirement strategist. Some of the companies occupying these North County areas include: Charles Schwab, various legal firms, Zef Scientific, Celladon, Huya Biosci­ence International, and much more.

Yet, a small business owner in Es­condido can find a new prime shop with window space in a high traffic fa­vorable location in far less time:

“It took only a month to find a new location for our hair salon,” said Mau­reen Muise, hair stylist at Alter Ego Hair Studio in Downtown Escondido.

The new space was officially the second place she looked at before deciding on a new business location. This location is larger and in a more favorable place downtown compared to where we were before because we weren’t very well seen.

“I love going to work and the great group of people I spend each day with there made the experience of mov­ing to the new location stress free and simple. With the change in location, we have a fresh look with a clean envi­ronment,” said Muise. Their beautiful new space on Grand has opened their salon up to many more customers and drawn in more foot traffic as Cruisin’ Grand in Escondido has continued on for its fourth week of the season.

Because the company was able to move into a location that hosted small local business and fit with the current demographic, the opportunity for pur­chasing was more favorable but supply was also limited. Taking the opportu­nity to purchase such a location meant considering all the cost of moving into a new space along with all the benefit of getting to have more opportunity for growth as new additional chairs have been added to the salon for more art­ists and the space has been newly ren­ovated to suit the needs of the spaces new tenants.

“The Federal Reserve is set to hike interest rates more rapidly than inves­tors currently expect,” according to CNBC’s article on pessimistic markets on April 19. A potential for two or more hikes could occur before the end of the year but this did not happen in April, as expected.

Data showed that the economy is “still shy of the central band’s inflation target” based on the CME FedWatch tool. “The current April futures con­tract implies a funds rate of 0.36%, which is actually one basis point be­low the current level,” according to CNBC. Based on these trends, a pre­diction for a rate hike of 59% may take place in December due to the personal consumption rate of 1.51%, as made public by Bank of America Merrill Lynch.

As a consumer, the time to buy is quickly dissipating and it is truly a sellers market in 2016 and the coming years.