Randy Eldred is the write in candidate for mayor 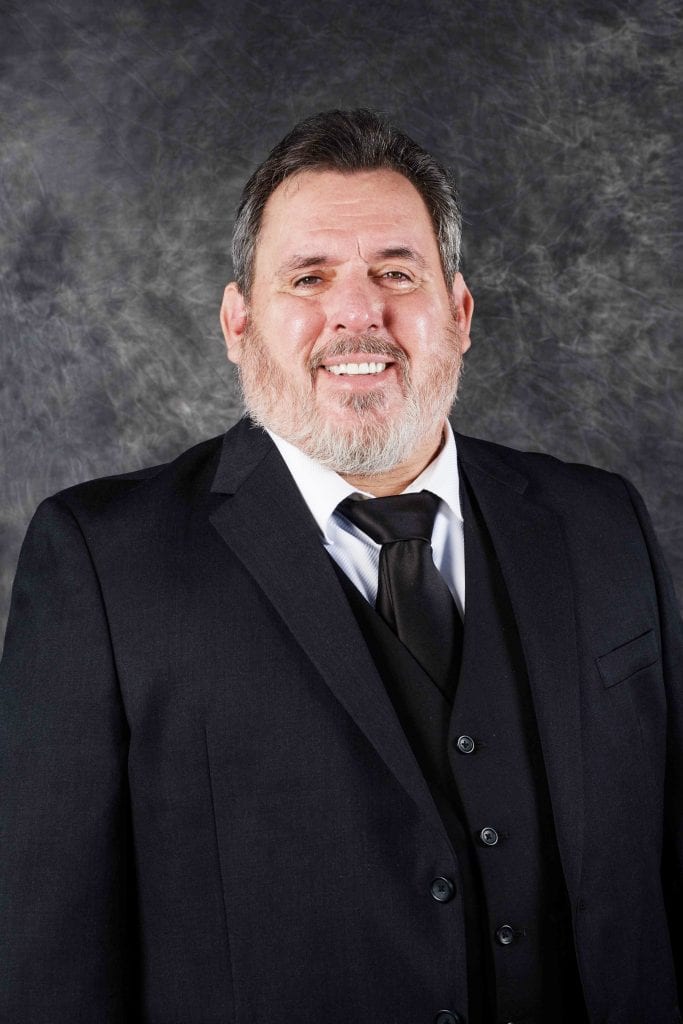 Randy Eldred last week qualified as a write-in candidate for mayor of Escondido. Eldred wasn’t able to be on the regular ballot because some of the names he submitted to the City Clerk by the August deadline were for residents who live in “Escondido” but the unincorporated part, rather than within city limits. He was forced to go through the different process, which also involves gathering signatures, of qualifying as a write-in candidate. He completed that process last week.

But not soon enough to make it onto the stage with the ballot candidates for the last forum, which was held Tuesday morning at the California Center for the Arts, Escondido.  He objected strenuously about not being included, but to no avail.

Rorie Johnston of the Chamber did introduce him to the audience at the end of the proceedings and he was available to meet people and answer questions.

Eldred is a 25-year resident and business owner in the city, where he runs Eldred’s School of Martial Arts. He and his wife Sheila Teach married in 1994 and made the city their home. Their kids grew up in Escondido. Eldred has been active in the public schools as well as the Boys and Girls Club of Inland North County. He also operates no-fee youth programs that have trained many youngsters in the martial arts.

Asked why he is running for the office, the candidate said, “Because I am literally tired of not seeing anything get done. If you were to ask the common person what the administration did during their tenure you wouldn’t get an answer. I’m tired of hearing people tell me you can’t do this and you can’t do that.”

Eldred is a can-do kind of guy. “I think anything that wants to be done will get done,” he says. “If things are not getting done it’s because they don’t want to do it. I want to clean up the homeless population; which is a multilayered problem. I’d like to fix the streets, which means we need to bring more revenue into Escondido, which is super easy. All you have to do is put the dispensaries back in.”  Yes, he means the marijuana dispensaries.

He adds, “I’d like to see the transit problem being fixed. No one wants to use them because they are scary. Which goes back to the homeless problem and the 51-50 that needs help. The homeless problem layers out into: you have those who can be helped, those who are taking drugs and want to be helped, those who are taking drugs because they have mental problems and those that don’t want any help whatever.”

Eldred would address this problem by “getting the churches together and all other community activists and put a brain trust together. There are a couple of solutions that would work. I’ve been talking to the homeless people. All they want is a place to shower and use the bathroom. What they do is go into Vons when they open. Gas stations won’t let them use them anymore because too many want to shoot up and leave the needles, so they just let the customers use them.  I would set aside some city property so they could set up a commune. They could grow their own fruit and vegetables and have a place to call their own.”

“If you get rid of the homeless problem, you could put some of them to work and have some of them help clean up the streets. Give them ten dollars to do it,” he says.

Eldred also wants to create some after school activities. “There needs to be a place where these kids can go,” he says. “Too many things have been taken away from them, an example being the East Valley library. They need places to play basketball or soccer or just hang out. They just need safe places, whether structured or not.”

Eldred believes there should be city programs to teach young people morals and values, not just sports. “If you take a classic coach like the basketball coach John Wooden, when he took over a team like the UCLA basketball team, he got rid of rid of the superstars, put suits and ties on the players, made them say ‘Yes sir’ and ‘No sir.’ They became successful because the emphasis was on character, and not just who is the best player. This is true of every sport you can name.”

Eldred exemplifies this approach with his martial arts school. “Make sure they are learning teamwork. Instead of ‘You dropped the ball,’ learn camaraderie and how one person in a team can go further than one person alone,” he says.

The candidate concluded:  “All I keep hearing is that you can’t do this or that.” Or “It’s an institution and you can’t change things. If you put enough people behind you, you change anything. When Henry Ford first started to develop his empire all the people with degrees from Harvard tried to take his factory away from him because they figured he wasn’t intelligent enough. He even went on trial for his intelligence.”

Editor—This is actually true. In 1916 Ford told the Chicago Tribune, “I don’t know anything about history, and I wouldn’t give a nickel for all the history in the world.” A few years later, when Ford sued the paper for libel for calling him an “ignorant idealist,” he went on the stand in a case that was as famous for its time as the later “Monkey Trial” would be.

As Eldred describes the 1919 trial, “Ford said, ‘Ask me any question.’ As he was asked various questions he deferred the answers to people he had placed in the audience.’ ‘Not everyone has all the answers but when you get the people together you will have all the answers,’ ” Eldred quotes Ford as saying.  Ford won a 6 cent judgment from the jury.

Eldred concludes, “If you vote for me, I’m going to get the job done. I’ve had no one in my life to discipline me, to teach me self-control to. I had my karate instructors initially. I had to learn through self-discovery what works and doesn’t work. I’ve never given up on a single thing. I think failure is quitting. I’m not going to give up on anything I do. It may take five years, it may take ten years, but I don’t give up period.” And that, he says, applies to running for mayor. “I’ll keep trying until I win,” he says.