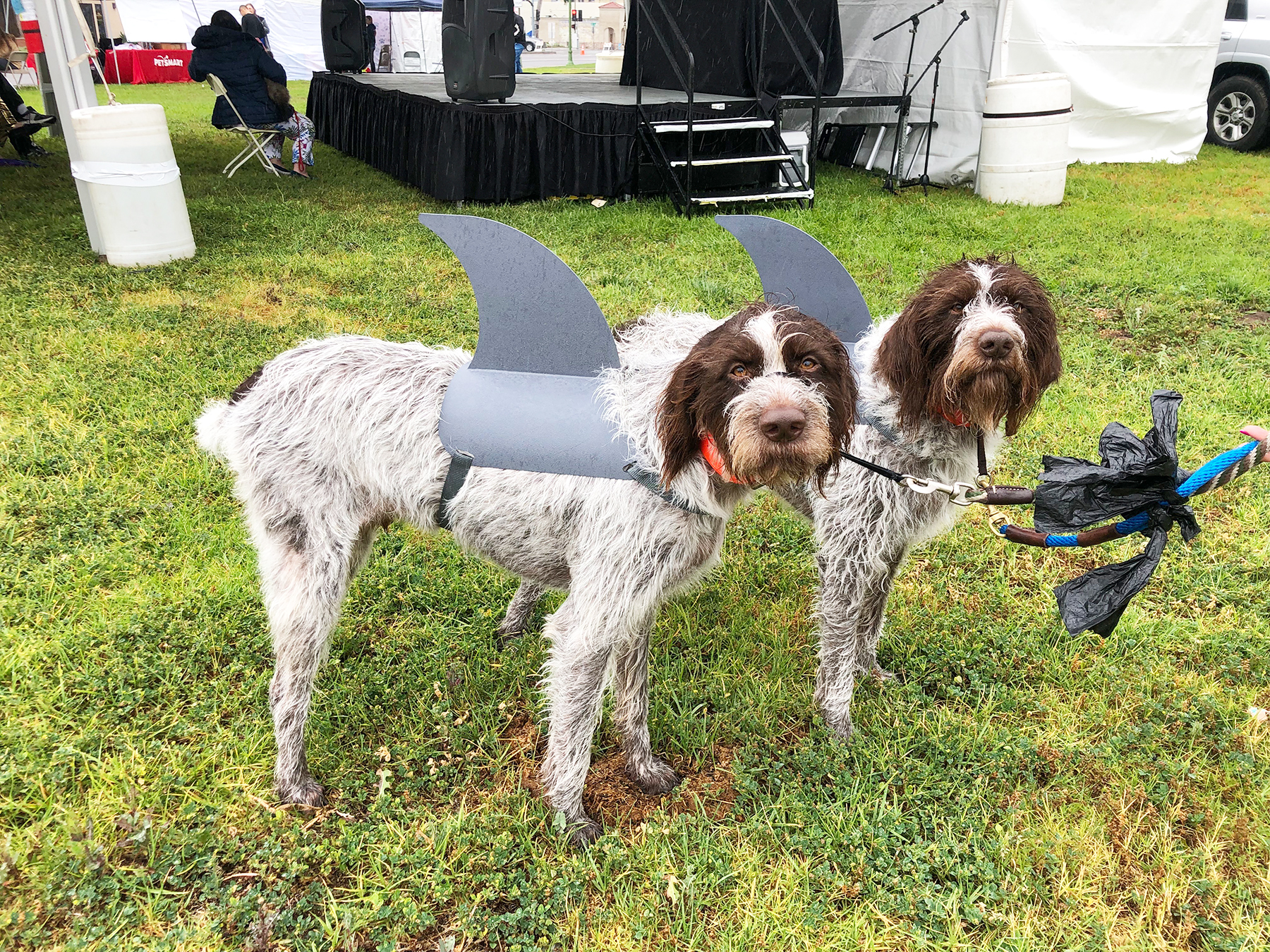 This past Sunday the Escondido Chamber of Commerce put on the semi-annual Grand Avenue Festival. Although the weather was much more akin to being Seattle Chamber of Commerce weather, the rain and blustery conditions did not dampen the spirits of vendors, performers, and attendees alike…smiles and comments of “it is what it is” were as common as umbrellas.

Both community stages at Orange and Maple were packed throughout the day with a variety of acts and activities, and Heritage Garden was teeming with artists and their collective works. The unusual weather for May made for some puddle dodging along historic Grand Avenue, but it seemed many of the brick and mortar stores enjoyed having lots of people coming in from the rain.

By early to mid-afternoon, the skies started to clear, umbrellas were rolled up and stowed, and vendors started seeing more activity – and wallets opening.

We always say it doesn’t rain in California, or it’s just another day in paradise, but sometimes you just have to go with the flow. And we Californians are good at that, however we’re already looking forward to the next Grand Avenue Festival in October. We’re not going to say it won’t be raining, it might be a blistering, sunny day, but it’s not going to rain. See you then! 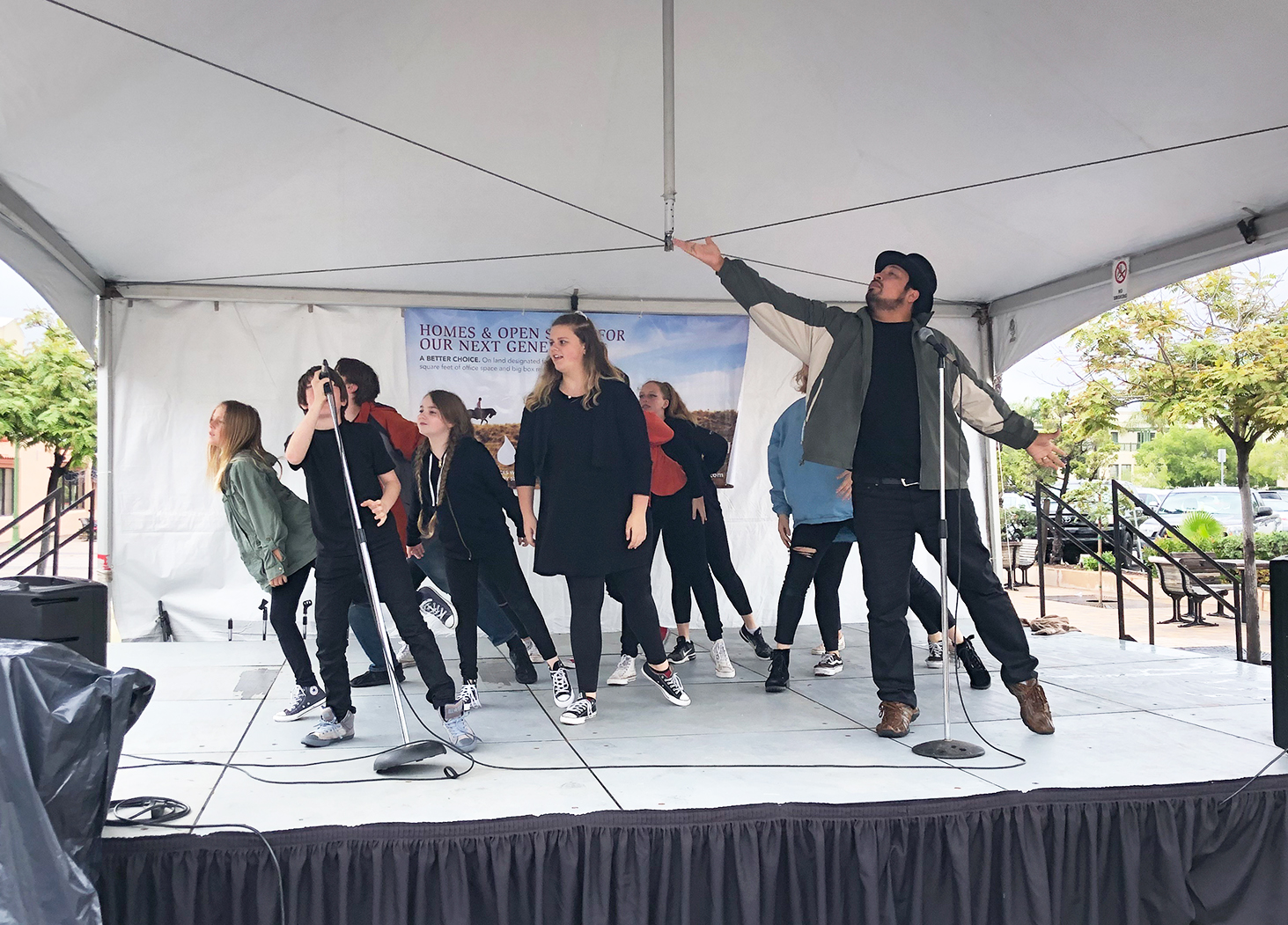 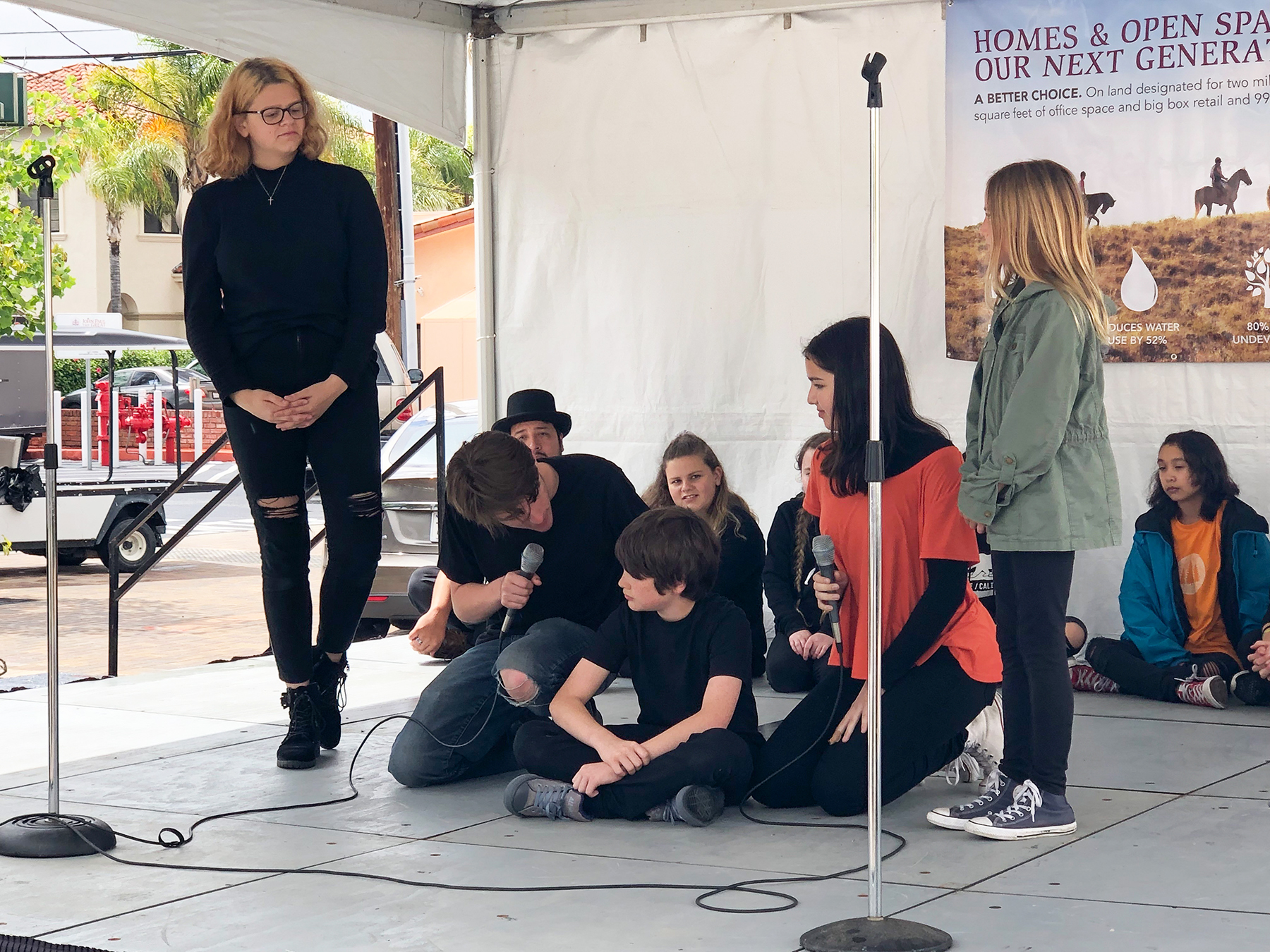 Celebrating local, creative talent is always a big part of the Grand Avenue Festival and the Star Repertory Theater team didn’t disappoint with a scene from James & The Giant Peach. 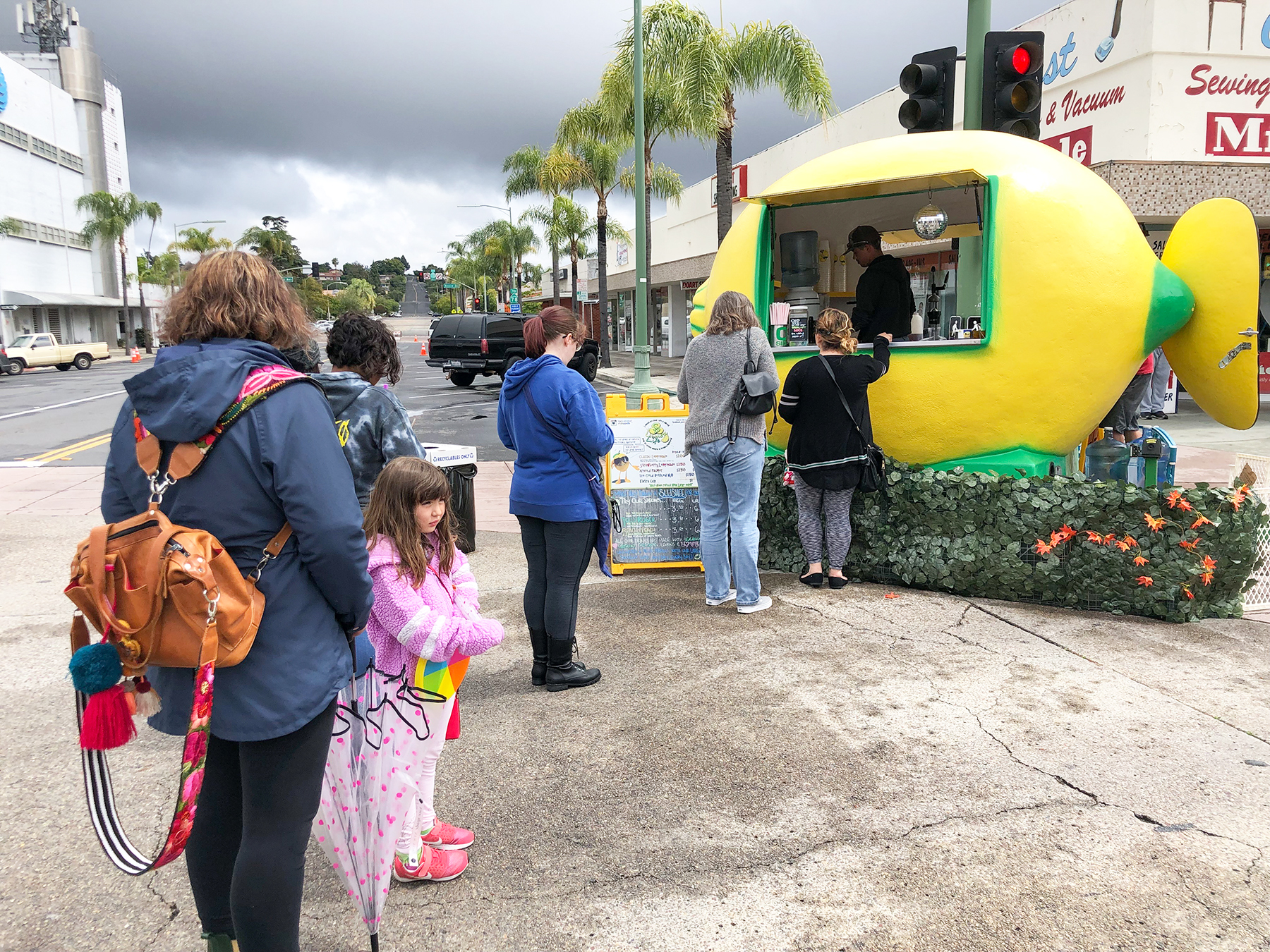 Once the skies cleared and the umbrellas were stowed, the line for lemonade started to grow and grow. 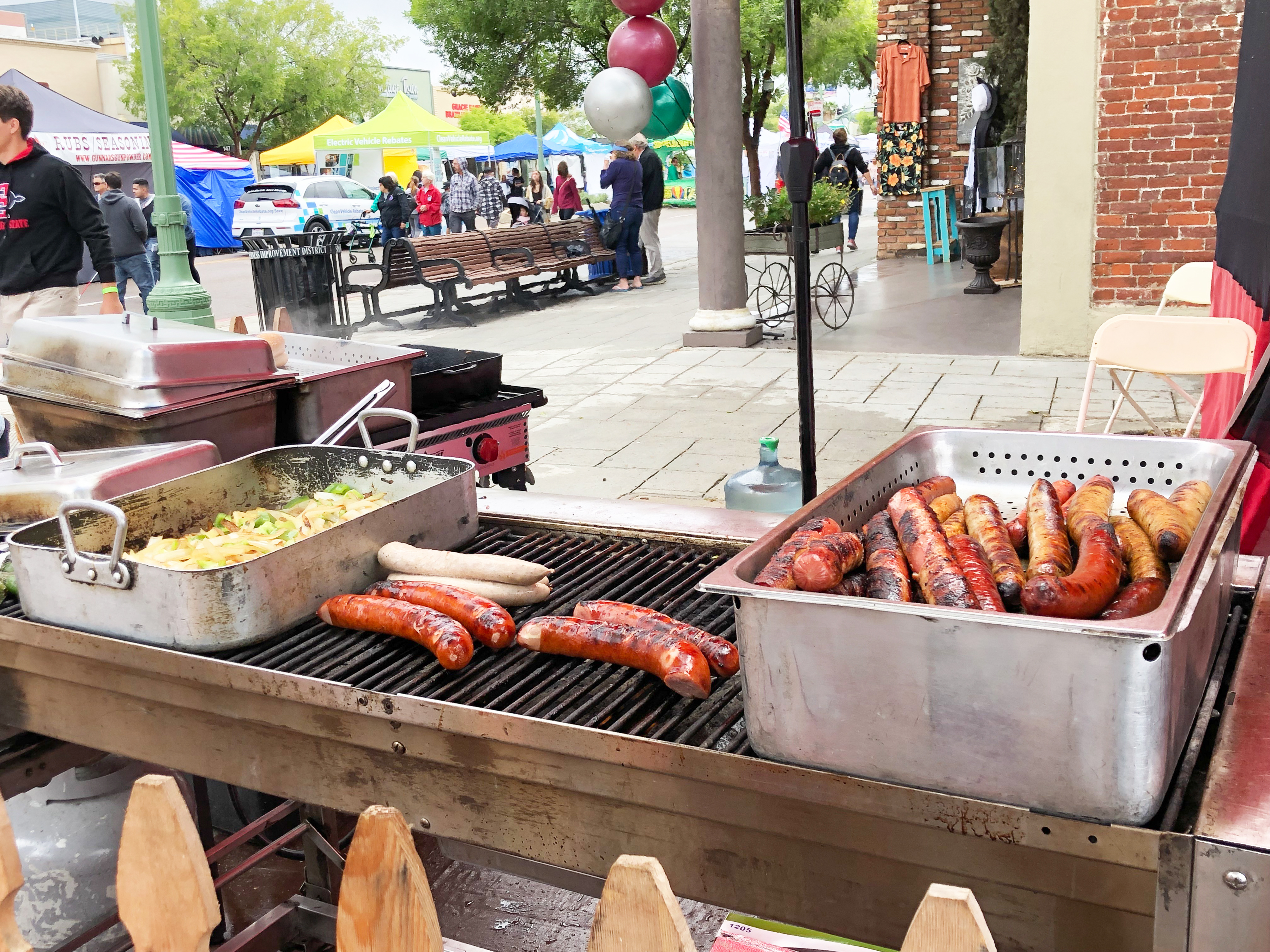 You can never go wrong with a giant hotdog, Polish sausage, or kielbasa while enjoying the Grand Avenue Festival. 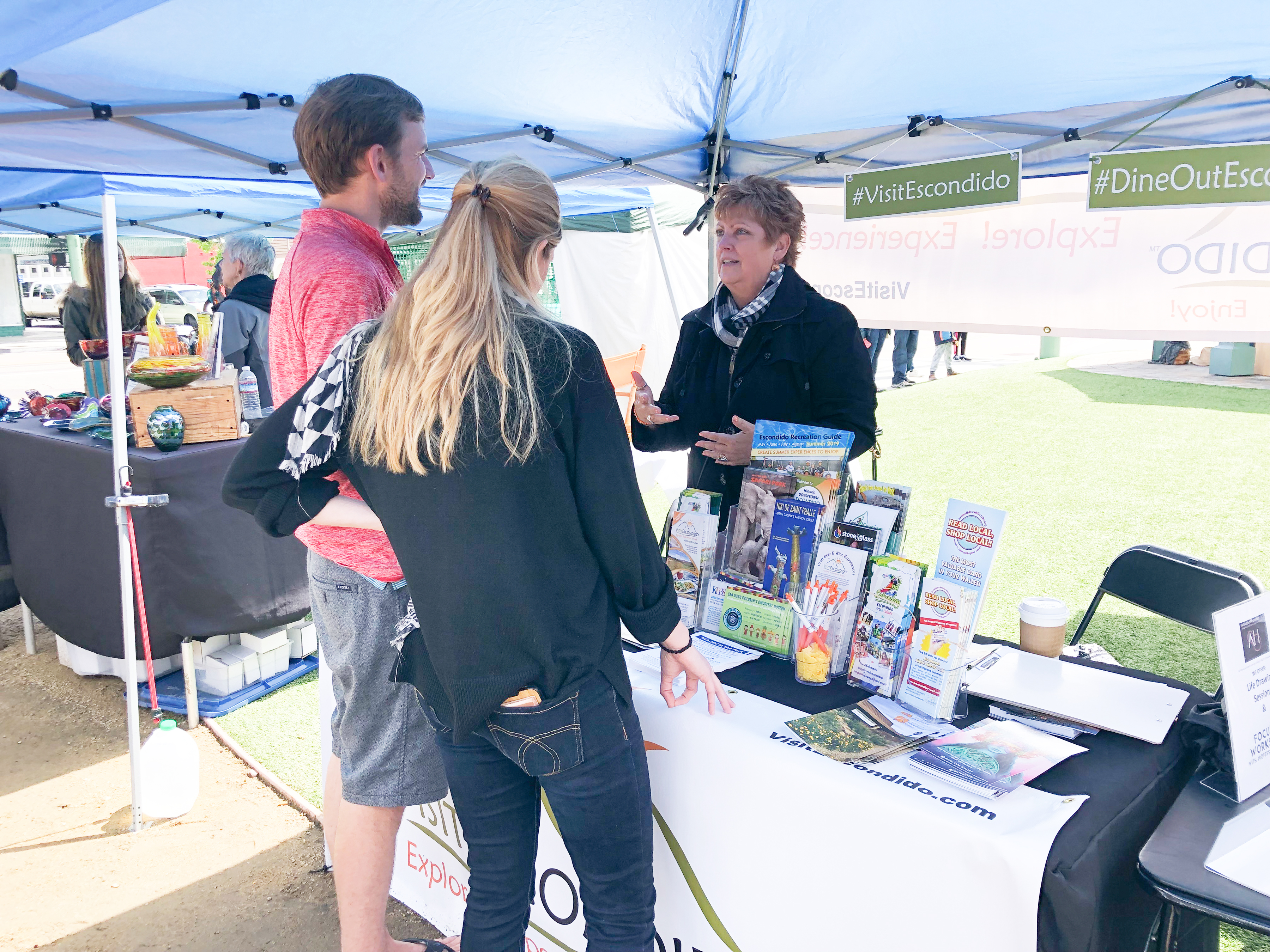 Katherine Zimmer from Visit Escondido explains to a visiting couple all the wonderful things to do in our Hidden Valley. 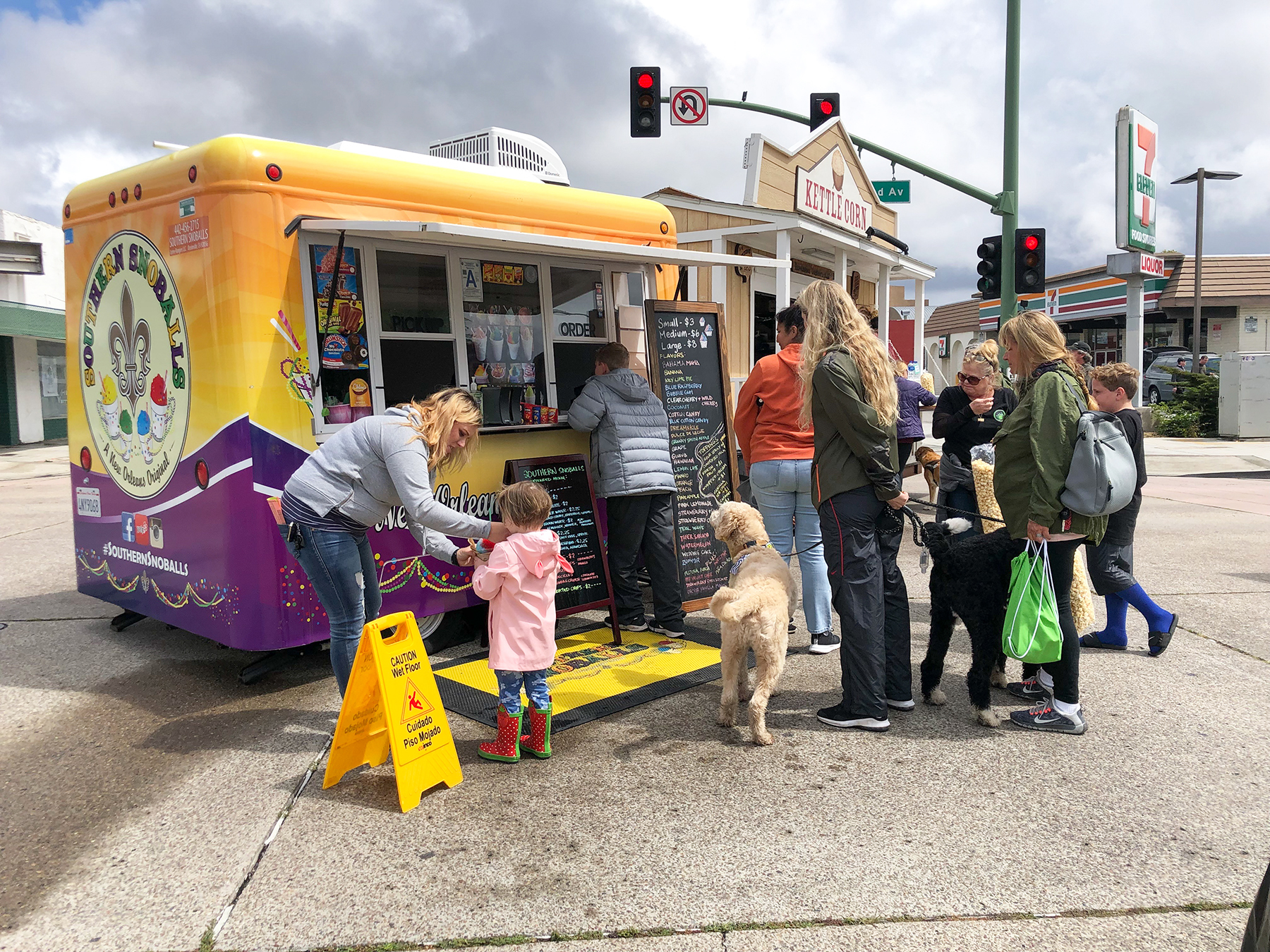 …or you could try one, two, or more of the over 34 flavors at Southern Snoballs! 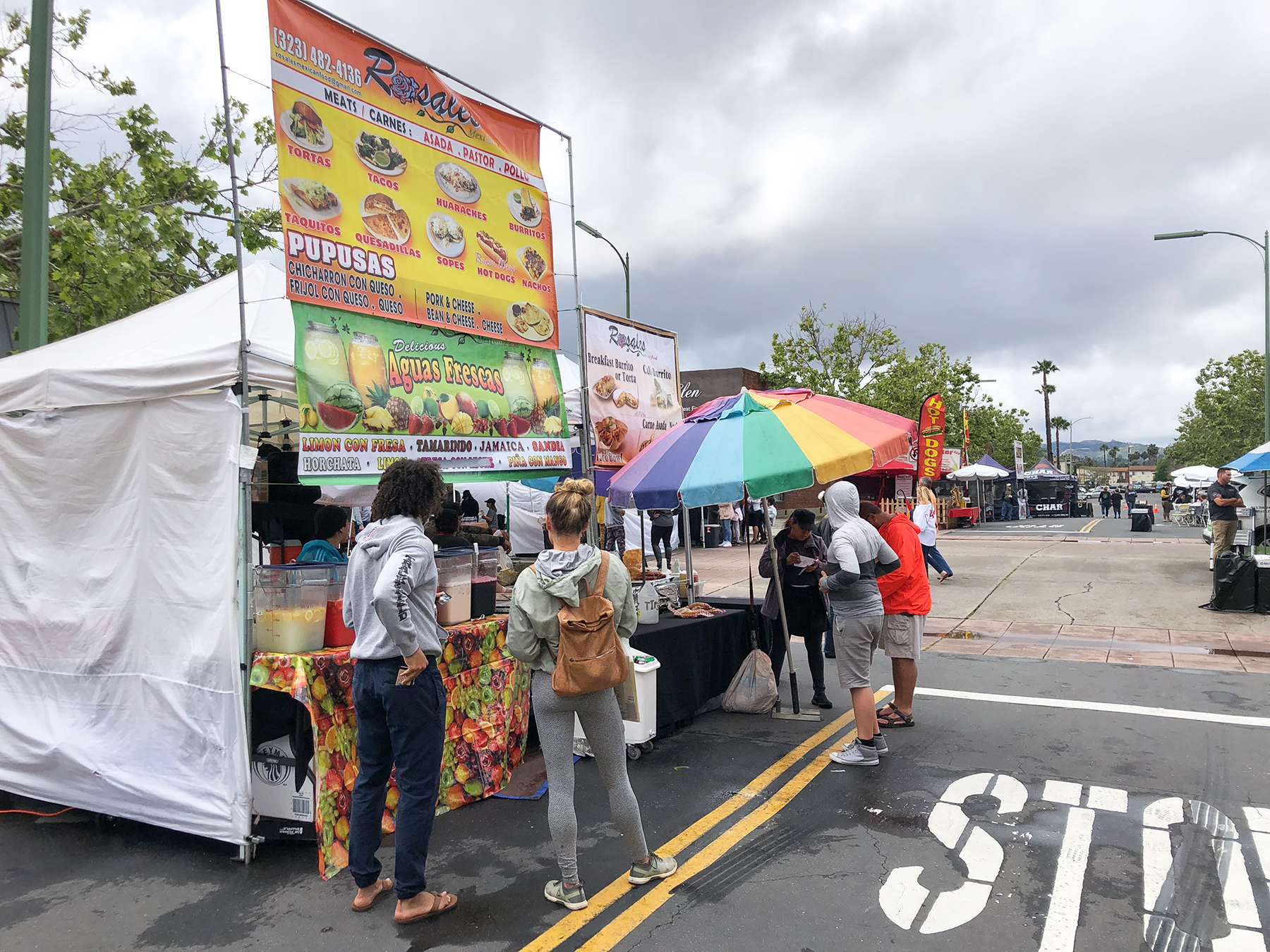 …as did Rosales with their eclectic menu of items… 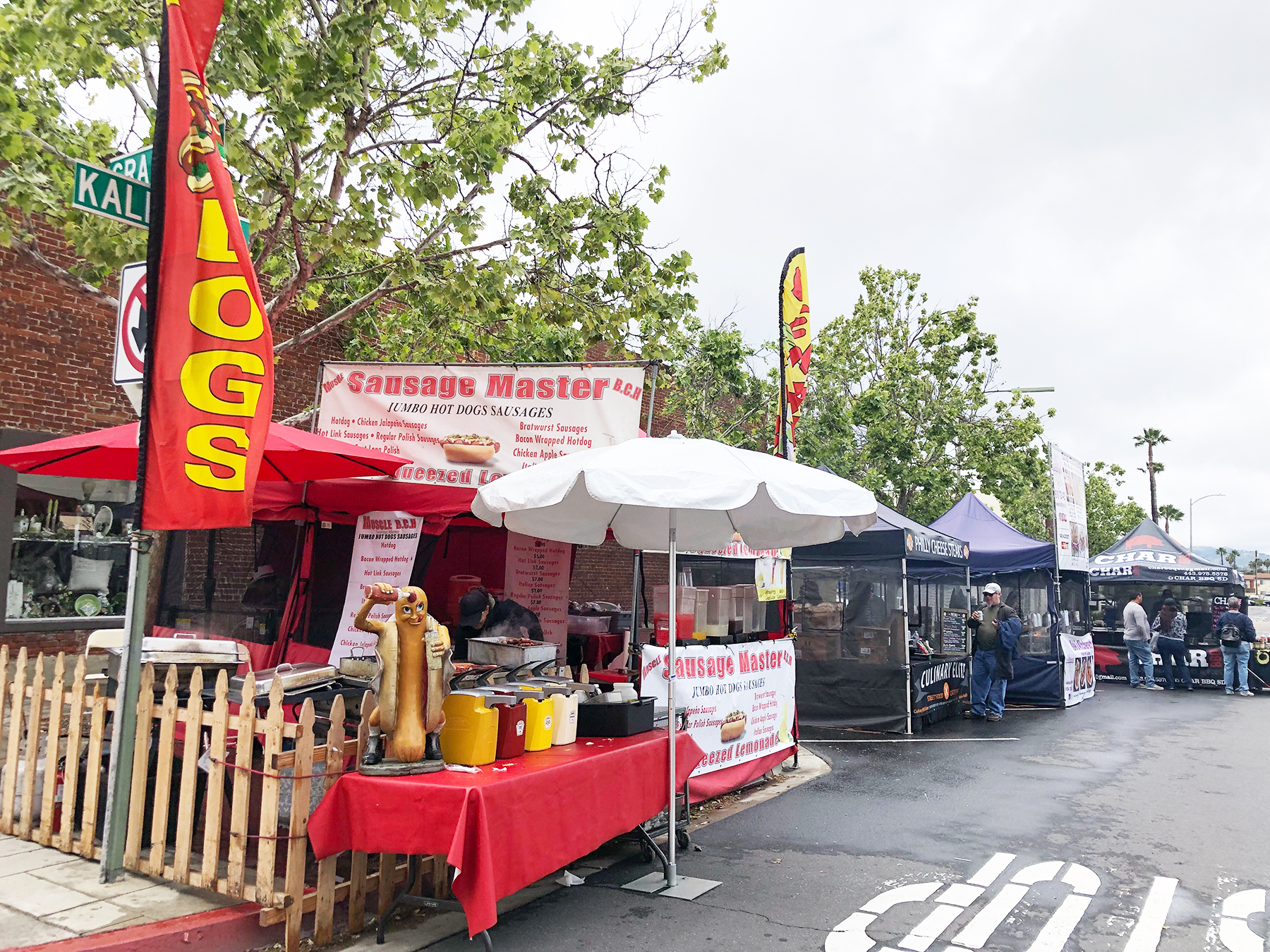 Such is the case with any street or county fair, food is a big part of the Grand Avenue Festival, and the Sausage Master brought the goods. 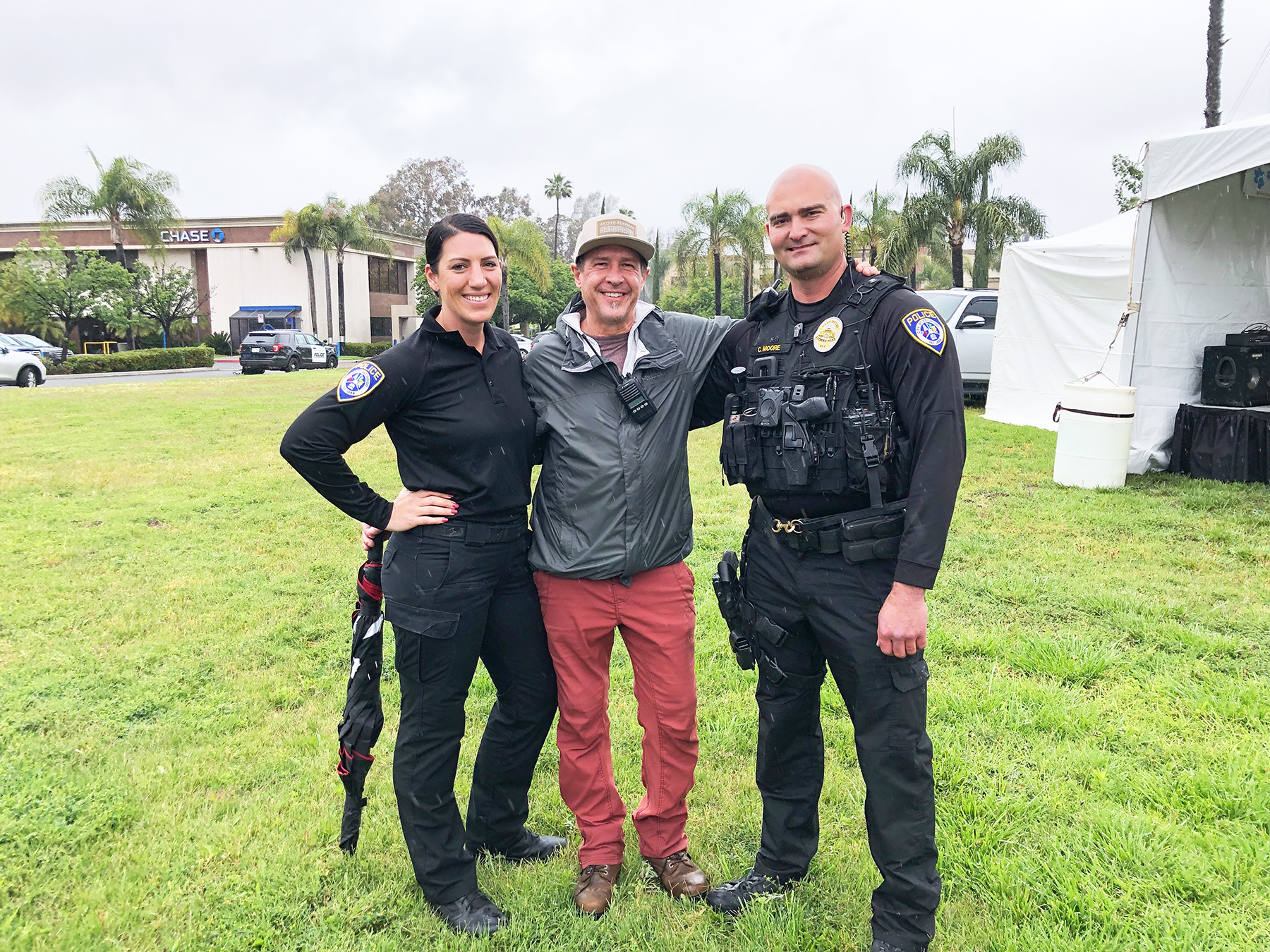 Officer Brittany Sheats, Chris Cochran, and Office Chad Moore pose amidst some light rain after the K9 demonstration which was once again a huge hit with the crowd. 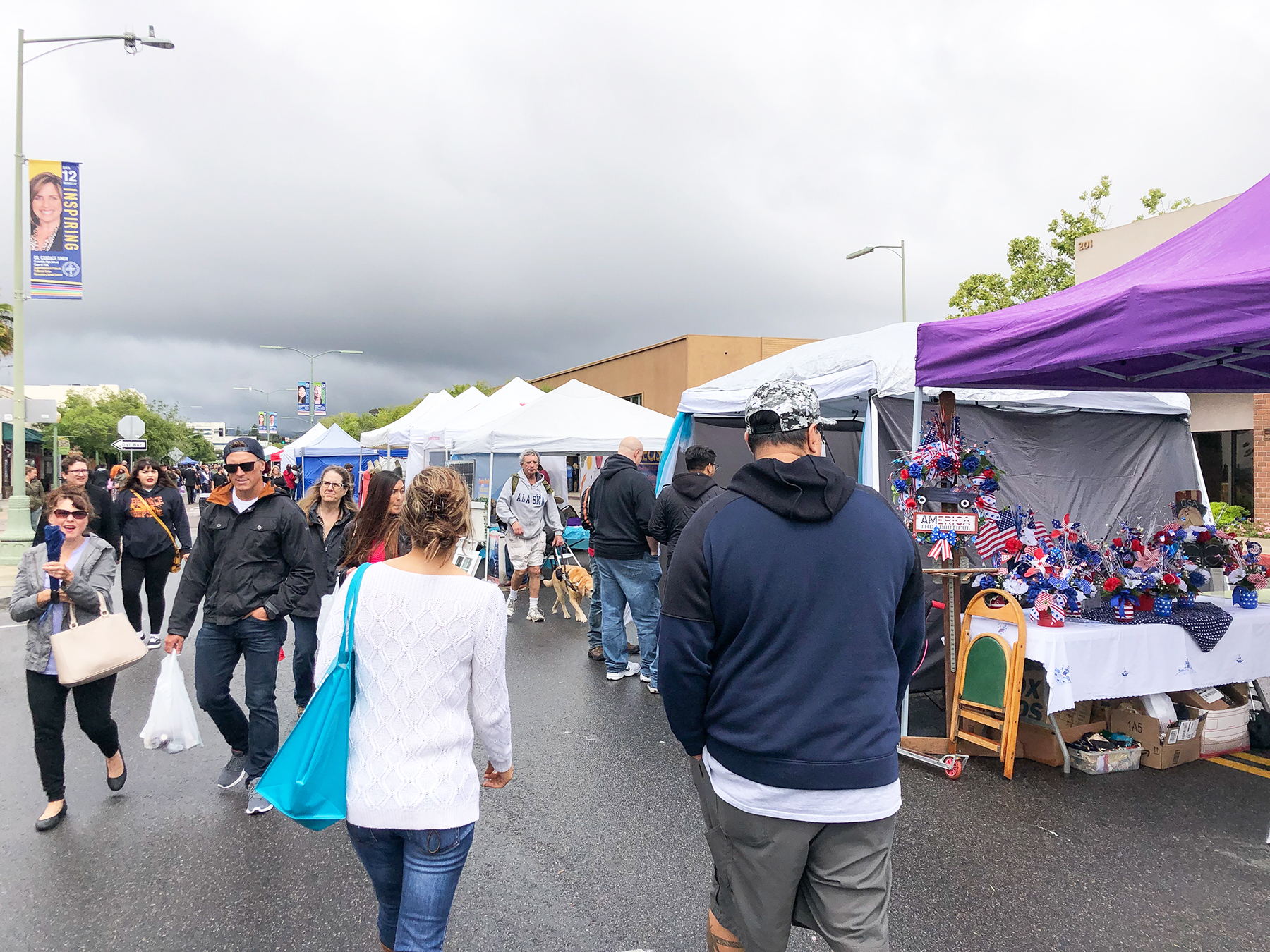 Although the weather was not your typical Chamber of Commerce weather, it didn’t discourage too many people from enjoying the array of vendors along Grand Avenue. 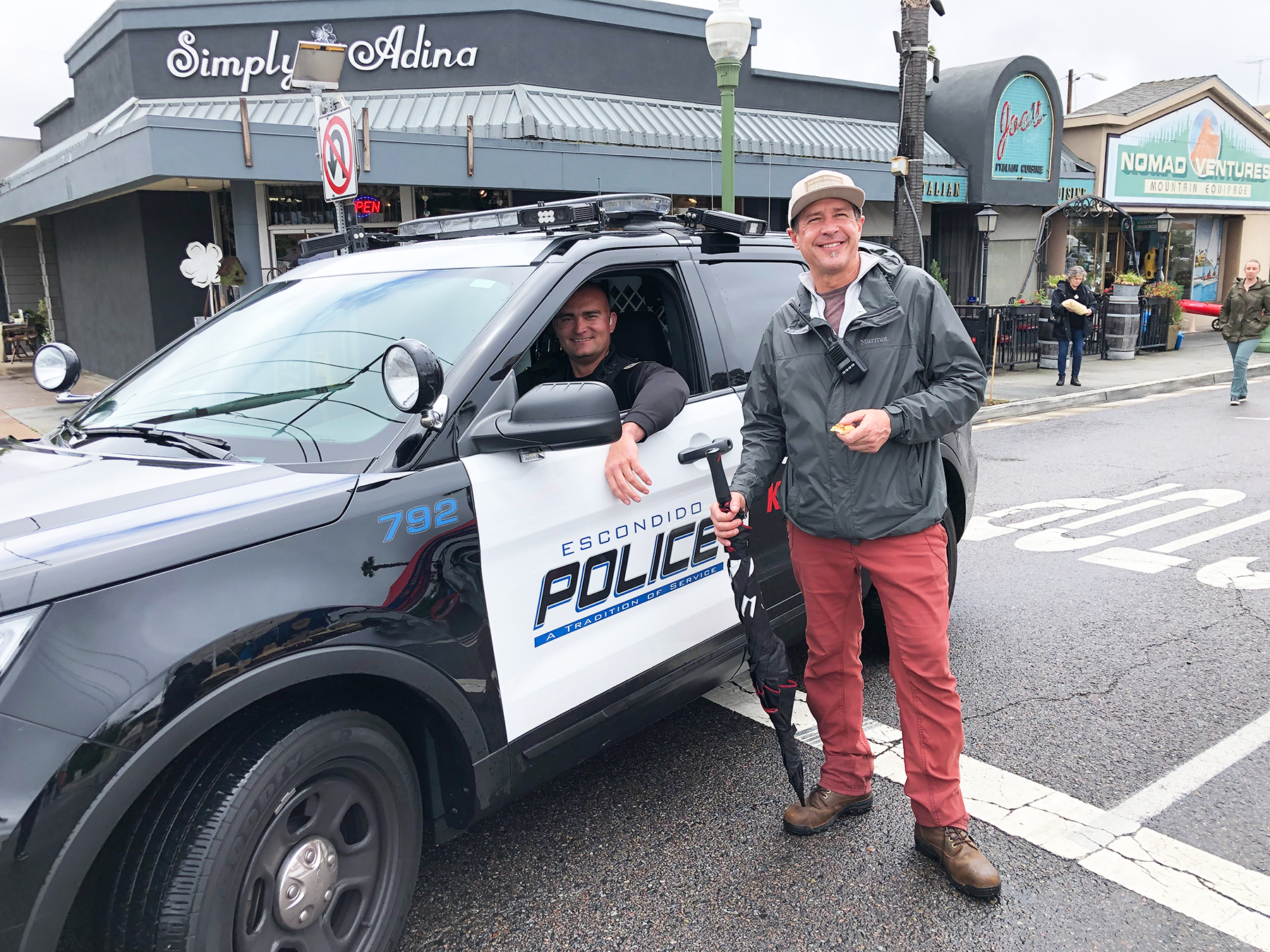 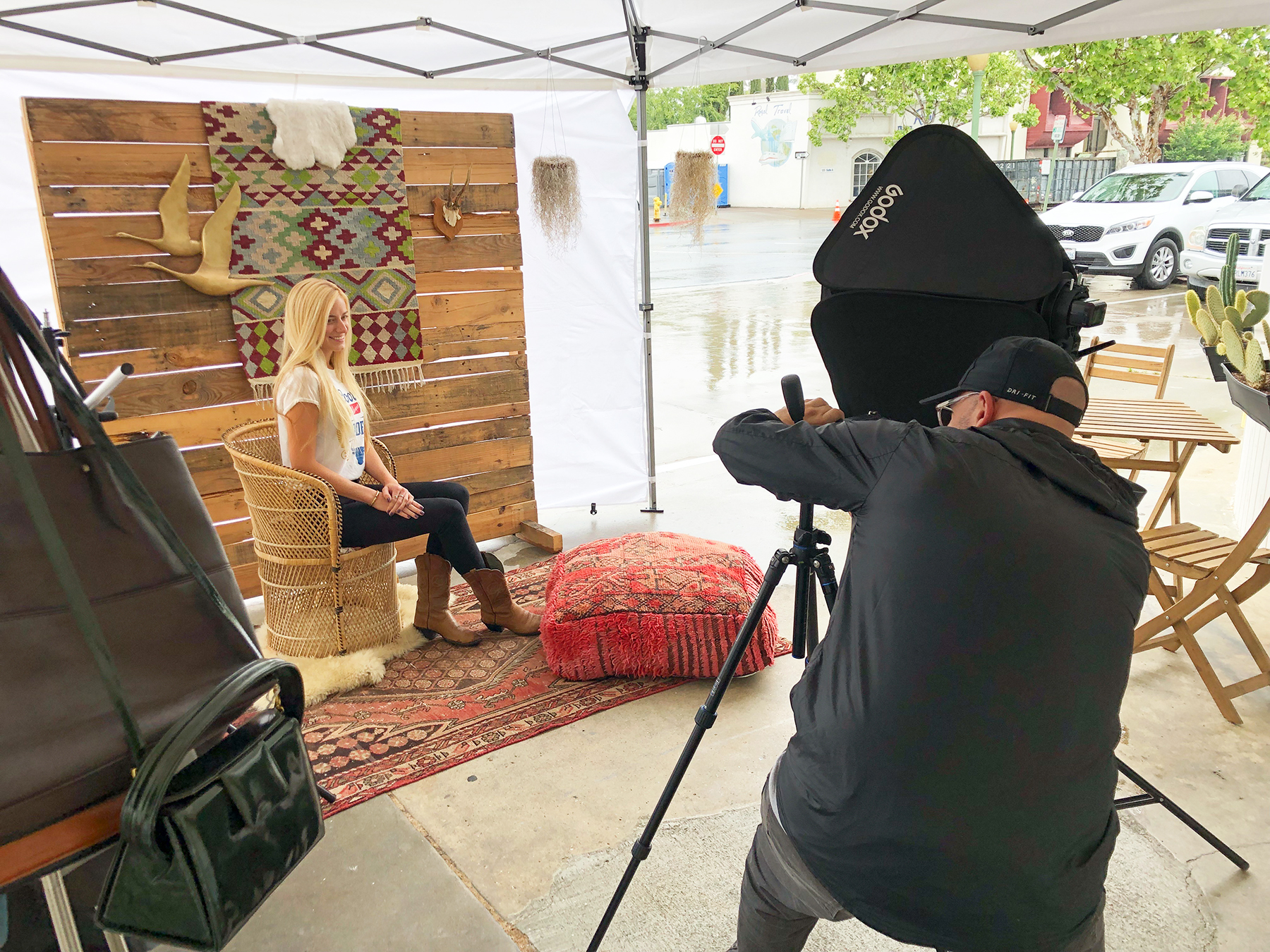 The folks at MIYO (Make It Your Own) held a makeover beauty event welcoming attendees to their fashionable store. 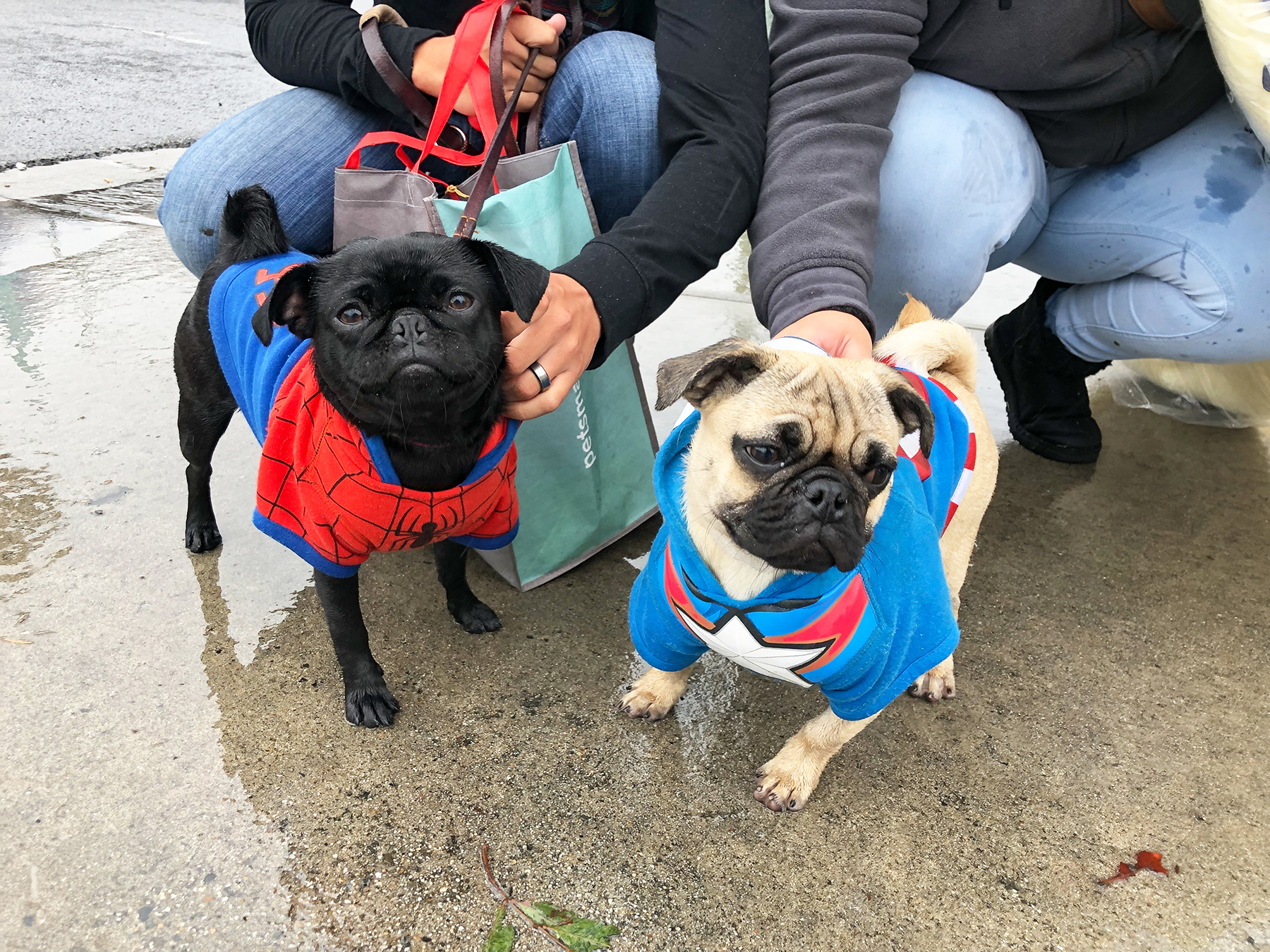 Two pugs showed up as superheroes, with Frank on the right dressed as Captain America, taking home the 1st place price from PetSmart Escondido. 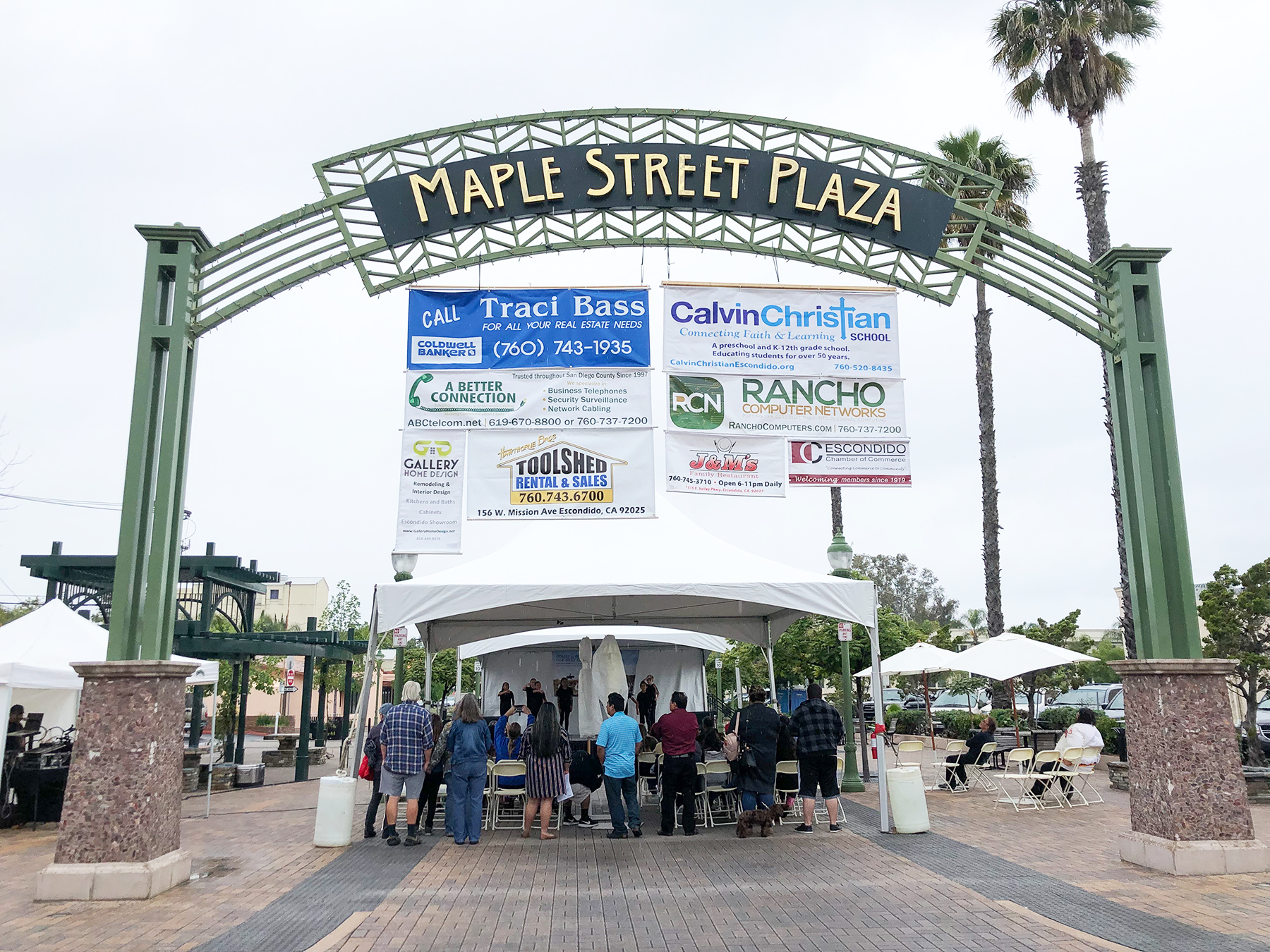 The Grand Avenue Festival was sponsored by a number of local businesses, and the Maple Street Stage was the place to catch a variety of local entertainment activities.