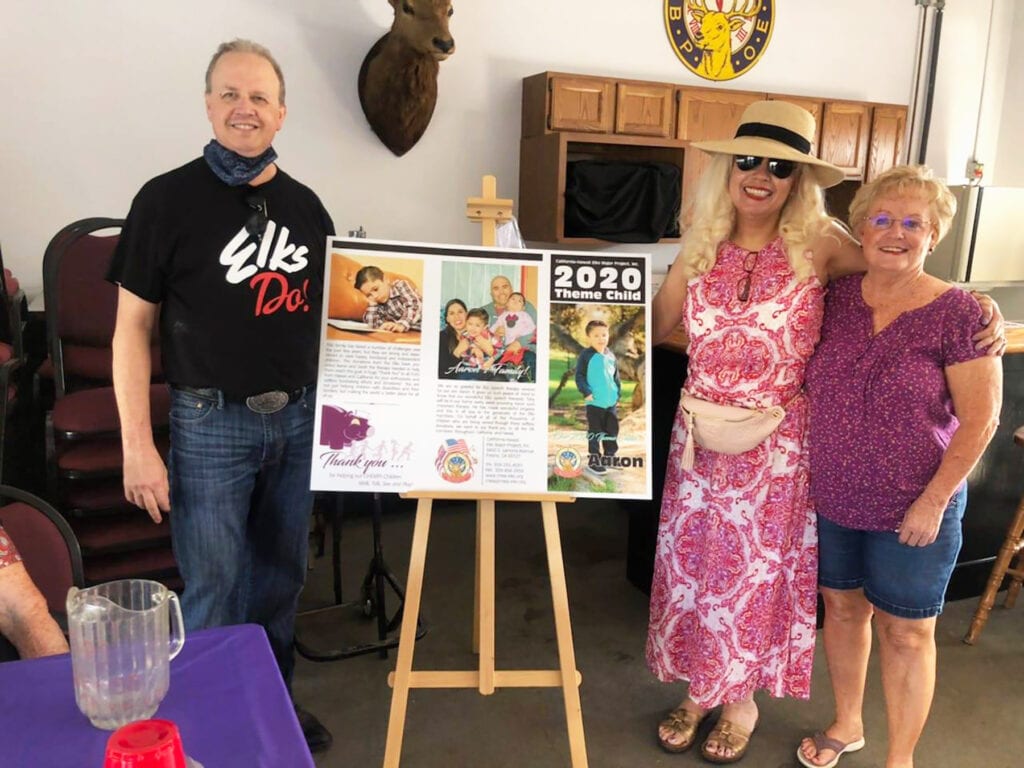 Wagstaff thanked the chefs Esteemed Loyal Knight Tim Lyons PER, Lodge Secretary Linda Lyons and Lodge Esquire Bob Whittaker PER.  Lyon’s French toast was loved by all and enough people attended the breakfast that they ran out of food at the end of the event.

The open patio was decorated in purple and a poster of the California-Hawaii Elks Major Project theme child was displayed at the donation/reception table.

CHEA – The California – Hawaii Elks Association is a charitable organization serving children with disabilities since 1950.

With 168 lodges in 19 Districts (including the Islands of Guam and Philippines), the California-Hawaii Elks Association CHEA serves  disabled children, veterans, and our youth in a wide range of activities. The organization has roots back to 1868 and thousands of Elks, who have not only helped millions of people, but are a social organization that enjoys the company of other Elks at lodges where their meals and beverages support growth and the community.

The Purple Pig is the fundraising arm of this charitable work and serves as a reminder to the membership that their greatest joy is in giving to and helping others.

Filling the Purple Pig with the “A Coin A Day so they can Walk, Talk, See and Play” supports the children and their families who may have had little hope without the CHEA intervention.