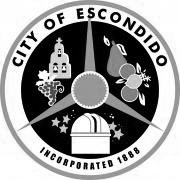 The meetings focused on gath­ering public input for the Environ­mental Impact Report that would assess the proposal, which requires annexation to the city prior to de­velopment.

A new primary access road would be built that would intersect at Rockwood Road between Old Ranch Road and Vistamonte Avenue.

Fourteen acres of recreational parks and trails and 784 acres of resource, wildlife corridors, open space and conservation easement ar­eas are proposed, as well as an on- site satellite sewage treatment facil­ity. Various improvements would be constructed outside of the proposed site including reconstruction and road improvements, the installation of traffic signals, restriping and wid­ening of roads, and modifications to the Eagle Crest Golf Course.

The development would take place in seven phases, correspond­ing to the construction of the seven proposed neighborhoods. The City of Escondido has additional infor­mation about the proposal at: www.escondido.org/safari- highlands-ranch-specific-plan.aspx

“There is a lot of information regarding the project on the city’s web site. We will also conduct more community meetings in 2016,” said John Helmer, the contract planner hired by the City of Escondido to assist in processing the project.