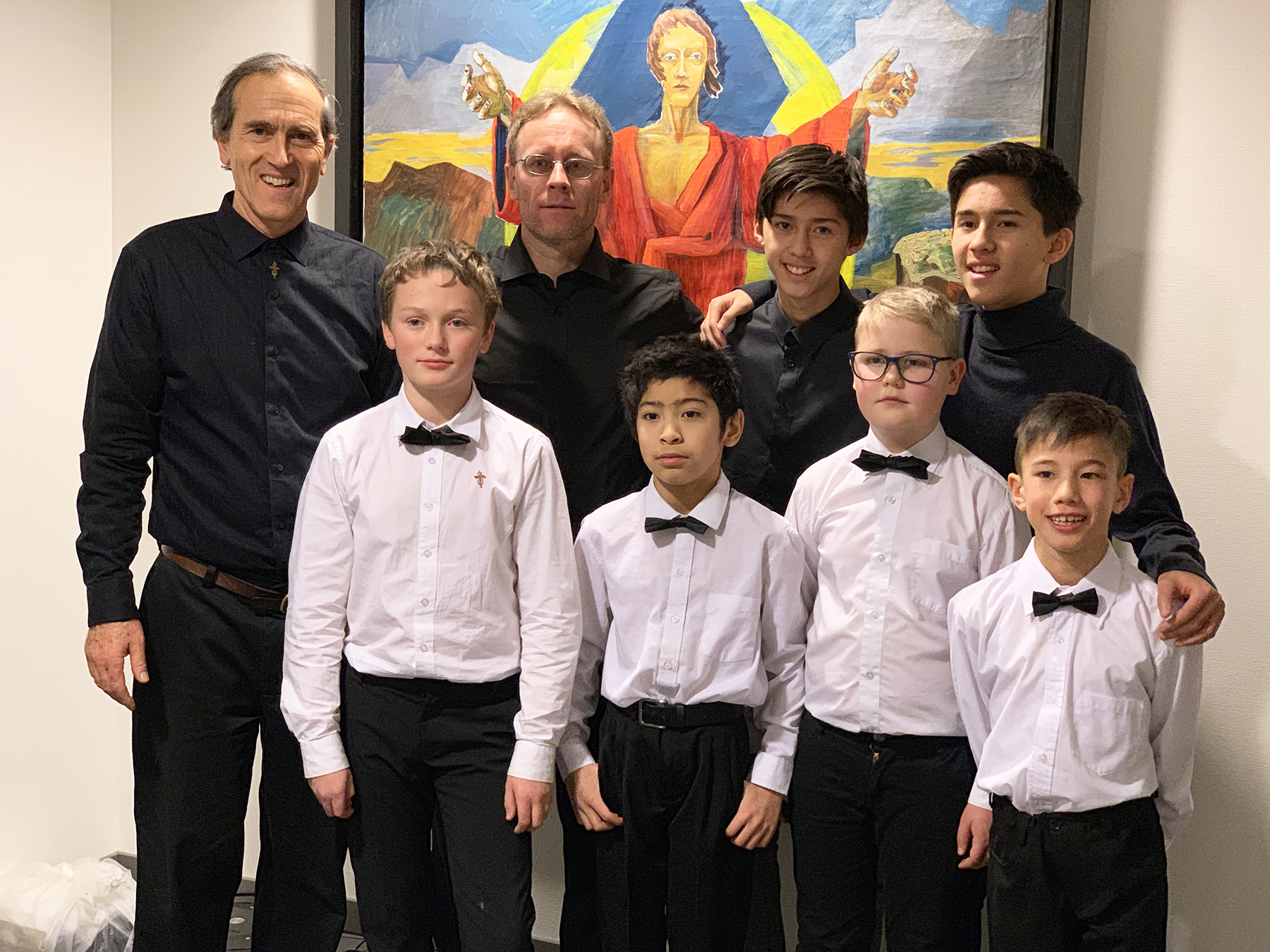 First United Methodist Church of Escondido (located at 341 S.  Kalmia St.) will host a choral concert by the Vanse Boys’ Choir (“Vanseguttekor – Deo Gloria”) from Norway, under the direction of Bryan Breidenthal, Sunday February 17, at 3:30 p.m.

During their Southern California concert tour, the choirs will perform a wide-ranging and interesting repertoire.  They will sing sacred music from Norway, from Central America, and from the California Mission tradition.  They will also perform a chapter from “Jonah – A Liturgical Drama,” the Book of Jonah set to music, as well as selections from Mozart’s Requiem.

Bryan Breidenthal founded Vanse Boys’ Choir in 1976. He was born and grew up in Southern California and then studied on the East Coast, obtaining his Bachelor of Arts cum laude in music from Harvard University in 1976. He moved to the township of Farsund in Southern Norway, where his maternal ancestors had roots, and he has been living and working there since. There he has founded four choir’s including the boys’ choir and a regional chamber choir. He has also taught music privately and in public schools on all levels from preschool to college. He has also been active on various boards including The Norwegian Church Music Society’s Children’s and Youth Choir national board and the national board of the Norwegian Choral Conductors’ Association (FONOKO). He enjoys composing and gardening when time allows.

Fredrik Otterstad grew up singing in the Silver Boys’ Choir, and took over the leadership of the choir in 2004. He has studied at the University of Oslo and the Norwegian Academy of Music. He has been a guest conductor the Norwegian Broadcasting Company’s orchestra, the St. Thomas Choir in Leipzig and various boys’ choir projects. He is also a talented singer and bassist.

This concert is part of First United Methodist Church’s 2018-19 Music Series, which is presented as a gift to the community.  A free-will offering will be accepted.