Popular teacher wants to move on after firing 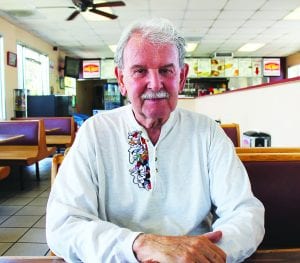 A pensive Darwin Bree contemplating his future without teaching. He recently contacted the YMCA and is exploring other options.

Darwin Bree says he has lost 20 pounds since he heard the news, which was sent in the form of an impersonal letter. “It’s like a knife in my heart,” he says. The letter from the high school district informed him that he had been let go from his substitute teaching job with Orange Glen High School, where he has taught since 1966.  The reason given was “poor classroom management.”

There was no warning, no meeting, no face to face. Just a firing.  And the ultimate irony: “I got this letter during Teacher Appreciation Week,” says Bree.  Nevertheless, the veteran instructor is not going to fight the firing,  but instead wants to get on with his life and find another job where he can work with his favorite age group: teenagers.

But it would be nice, he says in his soft voice, if they would remove that unfortunate termination from his record. It would make it easier to go forward and, he feels, it wouldn’t be quite such an offhand dismissal of his 50 years of teaching.

It’s remarkable that a man who recently turned 81 would want to continue on with a career; instead of enjoying a well-earned retirement. But that’s Darwin Bree, who has cherished every moment he has spent with students over those five decades.

Bree, whom we profiled last year on the occasion of his teaching for 50 years at Orange Glen High School, was something of a milestone for this paper in that we have never before received such a volume of positive comments about an individual.  The great majority of the comments were from former students.

Although his firing has not been formally announced (this newspaper article is the first time it has been made public) several dozens of his former students and friends from all over the United States have heard about it in the grapevine and reached out to him by phone or letter.  Many have sent letters or emails on his behalf to the administration of the high school district.

One wrote: “ ‘One of the key elements of the District Belief Statement reads as follows: II. Provide a highly skilled, caring, a committed staff that collaborates to positively support and affect instruction and learning.’ Mr. Bree is all that and more. Ask any of the countless members of our community that were fortunate enough to have had him as their teacher and you will find the utmost admiration and respect for him not only as an educator but as a person.”

Another former student, one who was bullied as a youth, wrote: “Mr. Bree was my teacher for four years. He was an inspiration to me and my classmates. I had a bad home life and was bullied at school. Mr. Bree’s door was always open and he always had a listening ear.” The man later forgave the bullies on a TV show called “I Forgive You.” He wrote, “I was asked if there was anyone I turned to for help. I said, ‘Mr. Bree was always there for me.’ ”

One of Bree’s students, a man who joined the U.S. Army in 1987 and whose aviation unit was depicted in the film “Blackhawk Down,” wrote a four page letter to the school administration in which he admonished: “The Escondido Union High School District I grew up in would never have allowed the termination of employment of someone like Mr. Bree, without due cause, or without allowing him the opportunity to rebut. . . My hope is that you will champion getting to the bottom of what happened and rectify it.”

Another wrote, “I believe that this has come as quite a blow to Mr. Bree both personally and professionally. After many decades of devoted service to the students of Orange Glen High School, he deserves better. He was not even afforded the courtesy of a personal notice. His notice was sent by mail. This has to be one of the most insensitive and insulting communications I’ve ever heard of by an organization with such a lofty belief statement.”

Another wrote: “I have known John [sic] Bree for more than 30 years and he is an honorable, trustworthy, hardworking teacher for more than 51 years. He said he was fired from teacher after all those years for not being able to control the class room. REALLY? Do you think anyone would believe that outrageous excuse?”

A former student who is an attorney offered to help him. The attorney obtained his personnel file—which Bree himself doesn’t have the heart to look at right now: “It would kill me to look at it,”—and told him: “I can’t help you  because you are at an at will employee, and not a contract employee.”  That means he is not protected by union membership.

Fellow teachers haven’t been particularly supportive. Only two of the 80 teachers who worked with him at OGHS have called to commiserate.

Bree has his own theory why he was fired. He notes that any such firing would have to originate or at least be approved by the principal, who has been at OGHS for two years. “She doesn’t know me,” he says.

Bree recently celebrated his 50th year as a teacher at Orange Glen. His career included many years as a contracted teacher, followed by decades as a substitute. No one at the school took notice of that special anniversary.  Bree remembers telling a member of the administration, “It’s customary to celebrate a 50 year anniversary” but no one ever took the hint. Over the years some of his colleagues have, rather rudely, suggested that he is “not a real teacher anyway,” because he is a substitute.

If Bree had his druthers, the “termination” part would be expunged from his record. “I don’t want to be fired,” he says. “I don’t want that on my record. We all go through trying times but I never expected this.” When he first saw the letter, he felt “so totally lonesome.”

He has to be in the right mood to take phone calls from well-wishers. “I just can’t let it go yet. I would like to quit on my terms because I don’t think I’m finished yet.”

But whether he finds some new job teaching, or something like that, or simply working with teenagers, “I will know when it’s time to quit.” 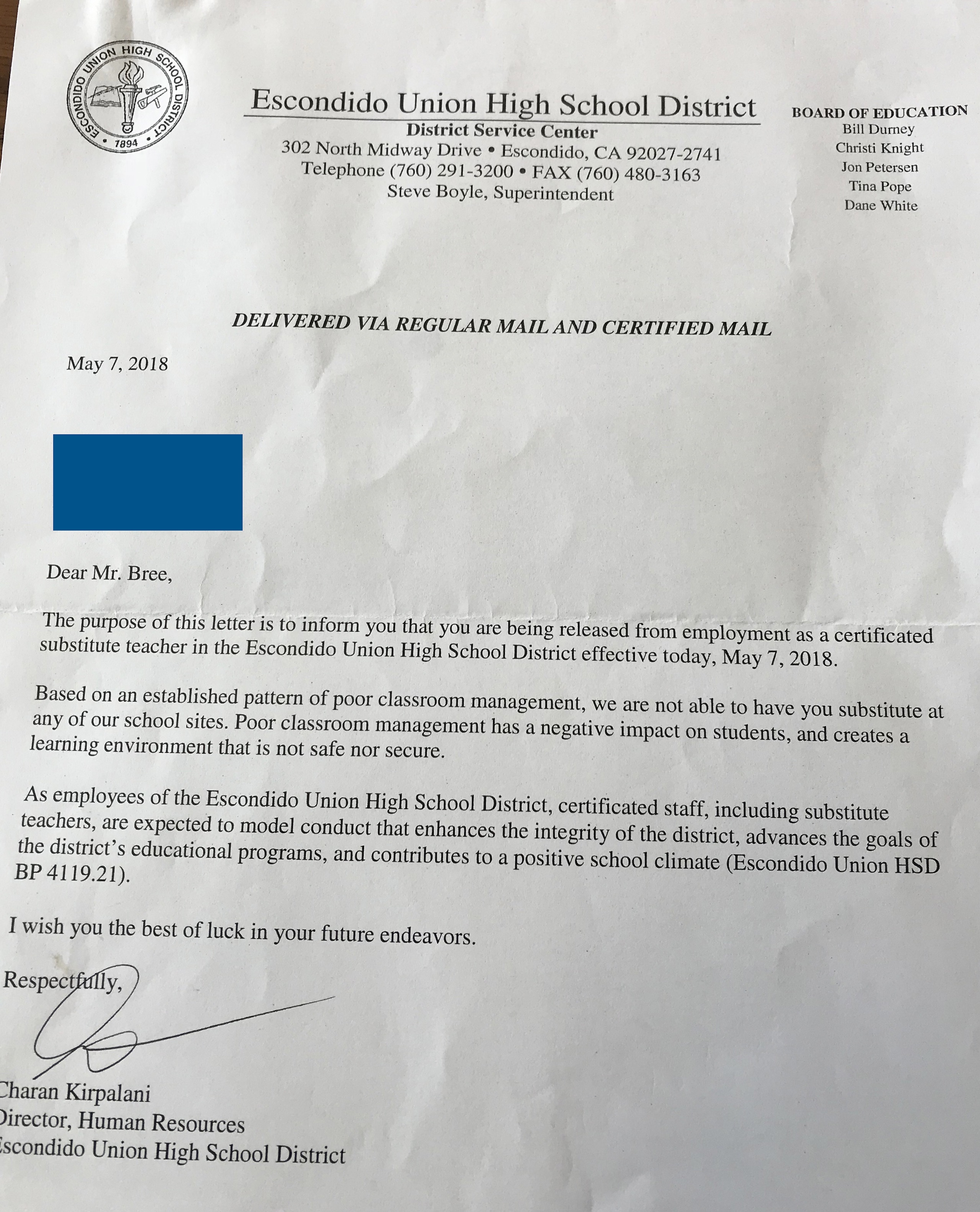 70 responses to “Popular teacher wants to move on after firing”