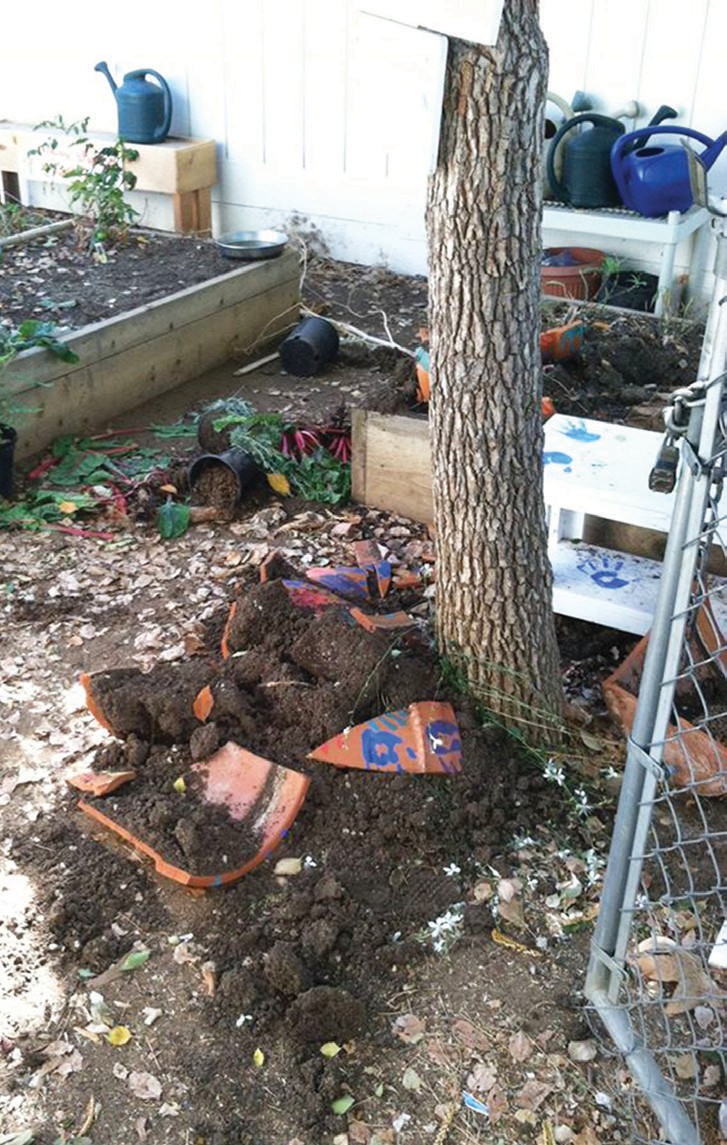 Photo shows the vandalism that was done over the weekend to the Conway Elementary School’s children’s garden.

On the morning of September 11 staff at Conway Elementary School called Escondido Police to report that an unknown suspect(s) had vandalized a small garden on the school property.

An Escondido Police Officer responded to the reported vandalism. School staff told the officer that the garden is tended to by the school children. The officer saw that someone had smashed potted plants with children’s painted hand prints on them, broke branches off some of the trees, and even threw a shopping cart into the garden. School staff worried about how upset the children would be if they saw the vandalism to their garden, and hoped to make repairs before Monday.

A group of unnamed Escondido police officers said that they knew they had to do something more when hearing about how upset the children would be. The officers used their own money to purchase a $50 gift card to Home Depot. The gift card was delivered to the school a short time later in hopes that it would help the school make some needed repairs before the children returned on Monday.

Police Chief Craig Carter said, “It angers me that someone would vandalize a garden for young children. I am proud of my officer’s selfless gesture to right this wrong. I encourage anyone in the community who knows who committed this crime to contact the Escondido Police Department.”

Anyone with information about this crime is encouraged to call the EPD’s Anonymous Tip Line at 760-743-TIPS (8477), or visit the department website at police.escondido.org/