Teamwork is another big factor in the competition.

Police Explorer teams from law en­forcement agencies throughout the county competed in various simulated police events, as well as an obstacle course and firearms competition.

Events included a simulated high- risk vehicle stop, DUI investigation, domestic violence investigation, and building search. Each of the partici­pating agencies had teams of explorers who worked through the above sce­narios, which were judged by law en­forcement officers,

with awards given to the top performing teams.

The explorer teams are judged on many factors such as their decision- making, police tactics, leadership, and teamwork.

The Escondido Police Cadets took first place in the “Mystery Scenario.” The scenario was essentially a team of four cadets who are only told to extra patrol a park area. What they do not know is that they will encounter a per­son being robbed in the park. The sus­pect then runs away to 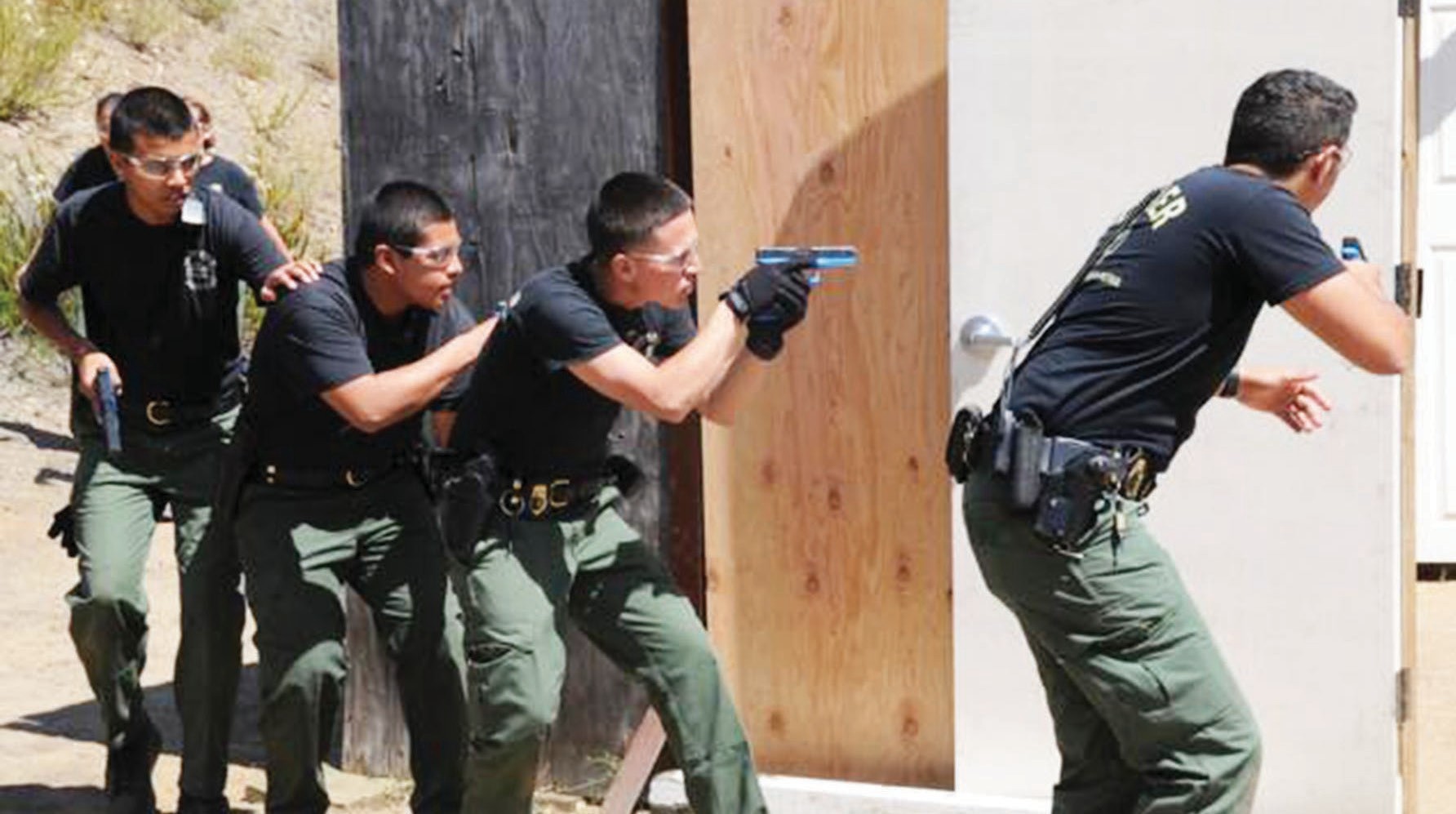 Cadets in the competition are judged by police tactics and decision-making, among other factors.

a hiding spot. The cadets are judged on their abil­ity to evaluate what they are witness­ing, making tactical decisions as to whether to stay with the victim/pursue the suspect, safely taking the suspect into custody, conducting an investiga­tion and determining what crimes were committed.

There is also an overall award for the team that had the highest overall score from all events. This year that award went to the San Diego County Sher­iff’s Department Explorers. 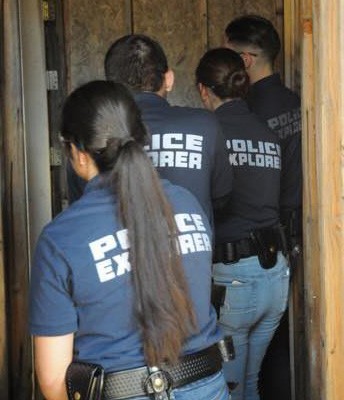 One of the events in the competition was simulating building search.

popu­lar throughout the country. The pro­grams are designed to teach young adults (Generally 15-21 years of age) about all aspects of a career in law en­forcement. Police Explorers gain this experience through on-going training, ride-alongs with police officers, and attending a police explorer academy. Police Explorers donate 1,000’s of hours every year to assist law enforce­ment agencies. Explorers gain invalu­able leadership training and job skills that will benefit them, even if they do not enter the law enforcement profes­sion.