Play, conferences to focus on women in military 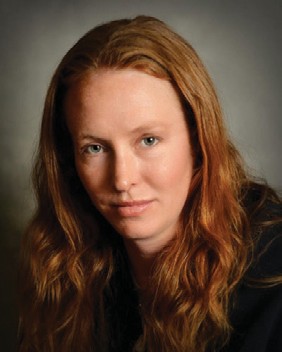 As the nation ponders the extent to which women shall have a role in com­bat operations, topical and timely per­formances and a conference are planned for Escondido and San Marcos.

On Oct. 31 a conference on Women’s Advocacy: Understanding the Scars of Military Sexual Trauma and Harass­ment, will take place from 10 a.m. to 2:30 p.m. at Cal State San Marcos.

Sarah L. Blum, author of “Women Under Fire, Abuse in the Military,” will be the keynote speaker. Her 2013 book exposed the large number of Military Sexual Trauma cases in all of the mili­tary services. The Vietnam Veteran and practicing nurse psychotherapist has championed the cause of rape victims and other injustices.

According to the most recent Pen­tagon report, in 2014 alone, there were 5,061 reports of sexual assault in the military. Out of those reports, 484 went to trial and 376 of those trials led to con­victions. Many observers feel that few cases move to trial due to the fact that military commands are in control of handling the reports, instead of them be­ing handled immediately by the Navy’s Judge Advocate General or other impar­tial military investigators.

Carole Patterson, an expert on mili­tary sexual assault, will speak at the con­ference. During the past 18 months, she has provided treatment to more than 60 active-duty females and males with one or more MSTs.

She began working with the military as director of the St. Vincent’s Hospital Trauma and Wellness Center (formerly the World Trade Center Healing Ser­vices) in New York City. She received grants to help veterans from The New York Times and was a clinical consul­tant to the Wounded Warrior Project. She taught trauma intervention and violence prevention to master’s level students for eight years at New York University School of Social Work and Fordham University.

Nicole Heffel , the owner and manag­ing attorney for the La Jolla based Heffel Law Firm, will speak on legal issues of women in the military. The Navy vet­eran’s practice concentrates on helping active military members navigate the justice system.

This year Hessel established the first veteran-specific program for incarcer­ated women veterans. She started the “She’s Worth It” program when she real­ized there was no Veterans Administra­tion representation for most incarcerated veteran women.

She works with San Diego Veterans Affairs to ensure women get proper rep­resentation from the VA while they are being held. She also helps the women prepare for their release and make sure they are set up with shelter, support and the right mindset.