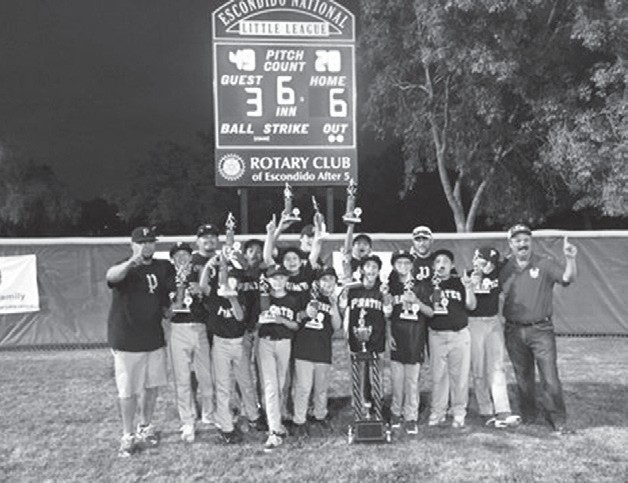 With more than 200 families in attendance the teams competed at the Mountain View Park fields for an exciting win. The Pirates Team Sponsor is Kelly Crews of North County Dwellings.

Last weekend Escondido National Little League was scheduled to be the host of the District 31 All Star Little League Tournament for 11–12 year olds. Over 16 different cities will be represented.

The winner of this tournament will go to Sectional tournament then Western Regionals in San Bernardino and finally to Williamsport Pennsylvania for the Little League World Series.

An Escondido team has only made it to the World Series once in 1981. Go to www.EscondidoLittleLeague.org to find out where games will be played.