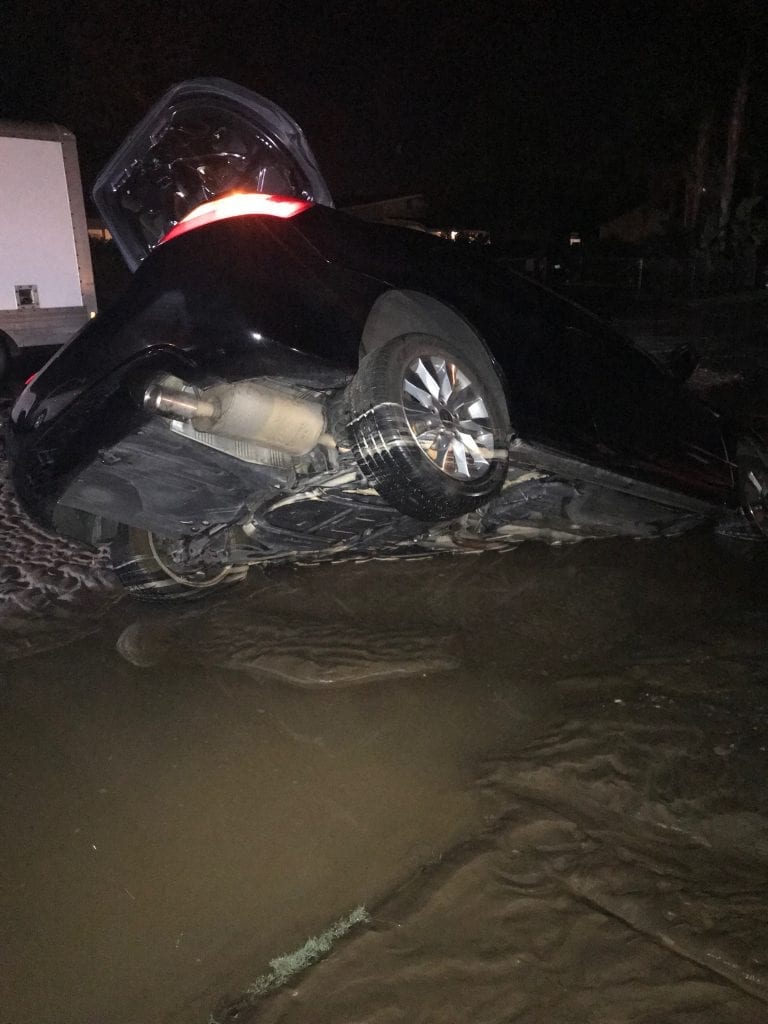 Car that was partially swallowed by a sinkhole created when a water main near the intersection of Pine & 7th Avenue ruptured early Tuesday morning.

Water service to a small neighborhood of about 26 customers was off most of Tuesday, and stayed off until about 7 p.m.  At the same time roads were closed in the vicinity of the break, according to Chris McKinney, utilities director for the City of Escondido.

A 12 inch water main break occurred Tuesday morning about 3:10 a.m. near the intersection of Pine & 7th Avenue, near Centre City Parkway. Several thousand gallons of water were lost before the pipe was shut off—which was within minutes of the leak being reported.

The pipe was an old steel main about 50 years old, said McKinney. “When they drained the water pipe it looked like the seam gave way, and the water was coming out like a sheet at the bottom of the pipe.” 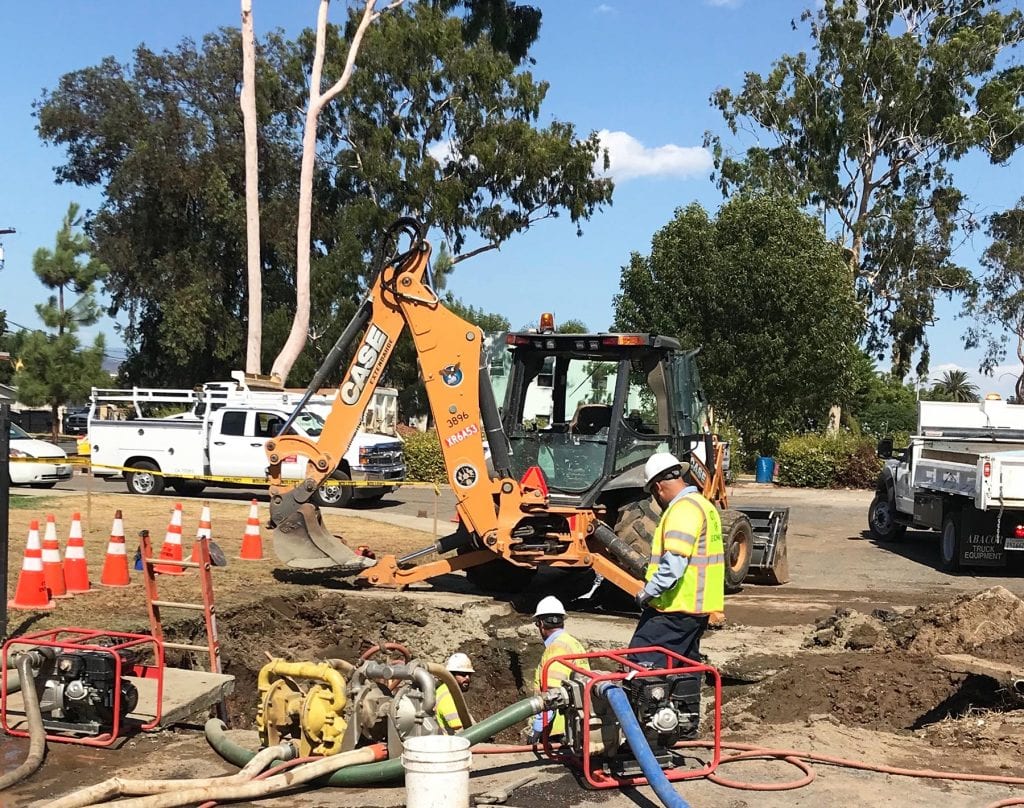 An Escondido utilities crew repairing a ruptured main near the intersection of Pine & 7th Avenue Tuesday. Photo courtesy of city of Escondido.