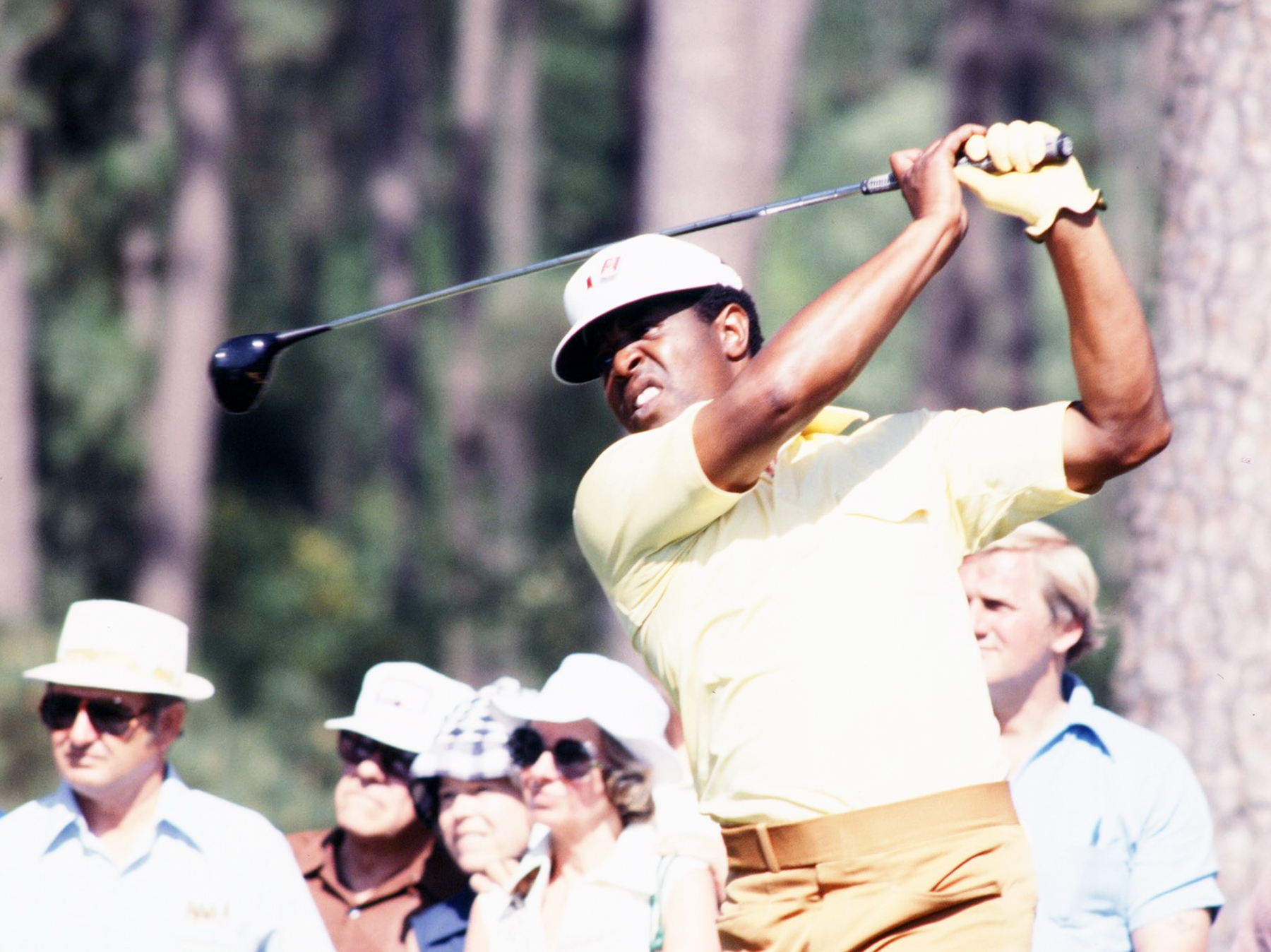 Mr. Elder had been living in a senior community in Escondido.

Mr. Elder was honored, along with Jack Nicklaus and Gary Player at the Augusta National in April.  Like them, he wore one of the storied green jackets. He commented after the ceremony: “For me and my family, I think it was one of the most emotional experiences that I have ever witnessed or been involved in. It is certainly something that I will cherish for the rest of my life.”

Nicklaus said of Elder, “Lee was a good player, but most important, a good man who was very well respected by countless people.” He added, “The game of golf lost a hero in Lee Elder.”

He had been in poor health when he attended the event and wore an oxygen tube. He was unable to take a swing with Nicklaus and Player, but held his club in the air triumphantly.

When Elder was invited to the Masters in 1974 he received multiple death threats and was accompanied by security guards as he played through the course. At that time he was 40, and so had missed playing on the course during his prime.

In March, he told the Los Angeles Times: “When I won at Pensacola, they had received calls that if I won the [Masters] tournament I would never get out of there alive.” After he made the winning putt he was hustled inside the clubhouse for the ceremony for his safety.

He was also subjected to many indignities during his career, such as not being allowed to stay at the Pensacola golf course he would later win, and in one instance being forced to change his shoes in his car rather than at the clubhouse.

Nevertheless, the pioneer golfer paved the way for others, including Tiger Woods who played at the Masters 22 years later.

He learned golf during a time when most golf courses were segregated, certainly that was true of his native Texas. He learned the game caddying and improved his game while serving his stint in the U.S. army and after discharge in the early 1960s he joined the United Golf Association Tour for Black players.

During his career he won four PGA Tour victories and eight more wins on the PGA Tour Champions for 50-and-over players. He played in all four major championships, tying for 11th at both the 1974 PGA Championship and the 1979 U.S. Open. His best finish at the Masters was a tie for 17th, also in 1979.

Playing at the Masters in 1974 held special significance for Elder, because it was the same year that Hank Aaron hit his record-breaking 715th homerun. Aaron had also endured racial threats and intimidation during his career.

According to the Associated Press, “Elder visited with Aaron shortly before the Hammer died in January. ‘We talked about several things … our sports, our particular sport and the involvement that we felt that we could help other young Blacks that was coming up behind us,’ Elder said. ‘And I certainly hope that the things that I have done have inspired a lot of young Black players and they will continue on with it.’ ”