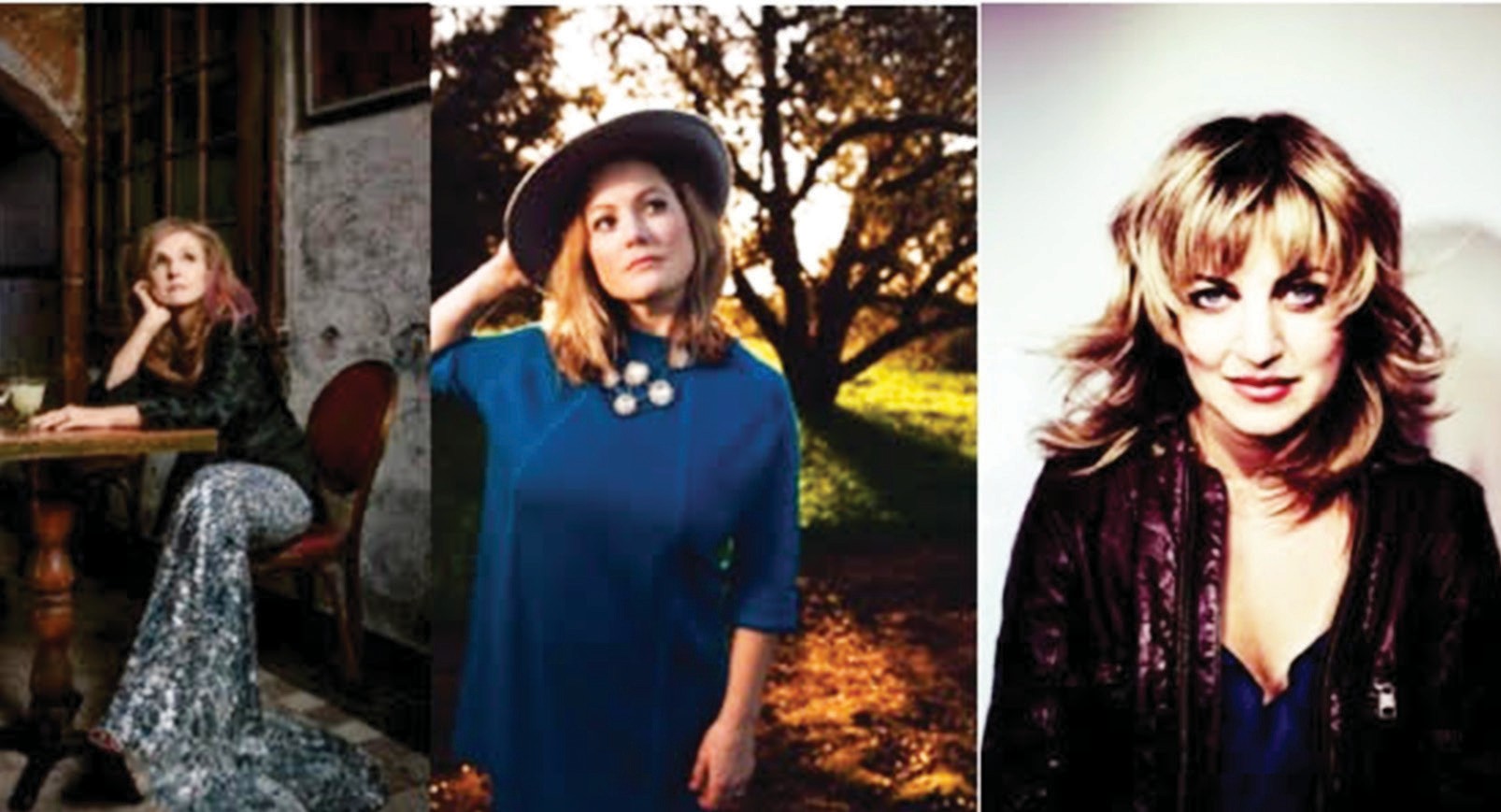 In a highly anticipated national tour, “The Use Your Voice Tour 2016” brings songwriting giants Patty Griffin, Sara Watkins and Anaïs Mitchell together to raise awareness for increased voter engagement in conjunction with the League of Women Voters.

The singer-songwriters will perform a special “singers-in-the-round” style show where the artists will share their own songs and accompany one another for the entire evening.

The “Use Your Voice Tour 2016” fol­lows the recent arrival of Griffin’s new album, Servant of Love. Produced by longtime collaborator Craig Ross, the album — which includes the powerful first track release, “Rider of Days” — marks Griffin’s ninth studio recording and first to be released via her new self- owned PGM imprint in conjunction with Thirty Tigers.

With a career spanning over two decades, Griffin is the recipient of a GRAMMY® Award for “Best Tradi­tional Gospel Album,” a GRAMMY® nomination for “Best Contemporary Folk/Americana Album,” and The American Music Association’s 2007 “Artist of the Year” and “Album of the Year” awards.

In addition to standing out in a crowd­ed field as an incredible vocalist, Grif­fin is also an accomplished songwriter, having written songs for everyone from the Dixie Chicks to Bette Midler.

Sara Watkins is a founding mem­ber of the progressive bluegrass and GRAMMY® Award winning group Nickel Creek, which also features her brother Sean Watkins and mandolin virtuoso Chris Thile. In the summer of 2015, Watkins and her brother Sean toured in support of their release, Wat­kins Family Hour, which included ap­pearances on Late Night with Conan O’Brien, NPR’s “Tiny Desk Concert” and at the Newport Folk Festival. The project showcased an all-star band of Fiona Apple, Benmont Tench, Sebas­tian Steinberg and Don Heffington. As a solo artist, Sara has released several highly acclaimed studio albums and has collaborated with artists such as John Mayer and The Decemberists.

Often compared to Bob Dylan, Leon­ard Cohen and Gillian Welch because of her unique musical style, Anaïs Mitchell is widely recognized as an impressive young voice in the resurg­ing American folk movement. She hails from the intersection of narrative folk­song, poetry and balladry. Mitchell’s albums have found themselves on year- end “Best-Of” lists from media outlets including NPR, Wall Street Journal, and the Guardian. She’s currently develop­ing her folk-opera album, Hadestown, into a full stage production, which will premiere off-Broadway at New York Theatre Workshop in Spring 2016.

The Center is located at 340 N. Es­condido Blvd. in Escondido. The Ticket Office can be reached at 800-988-4253. Tickets can also be purchased online. To learn more, including performance dates, times and ticket information, vis­it artcenter.org.