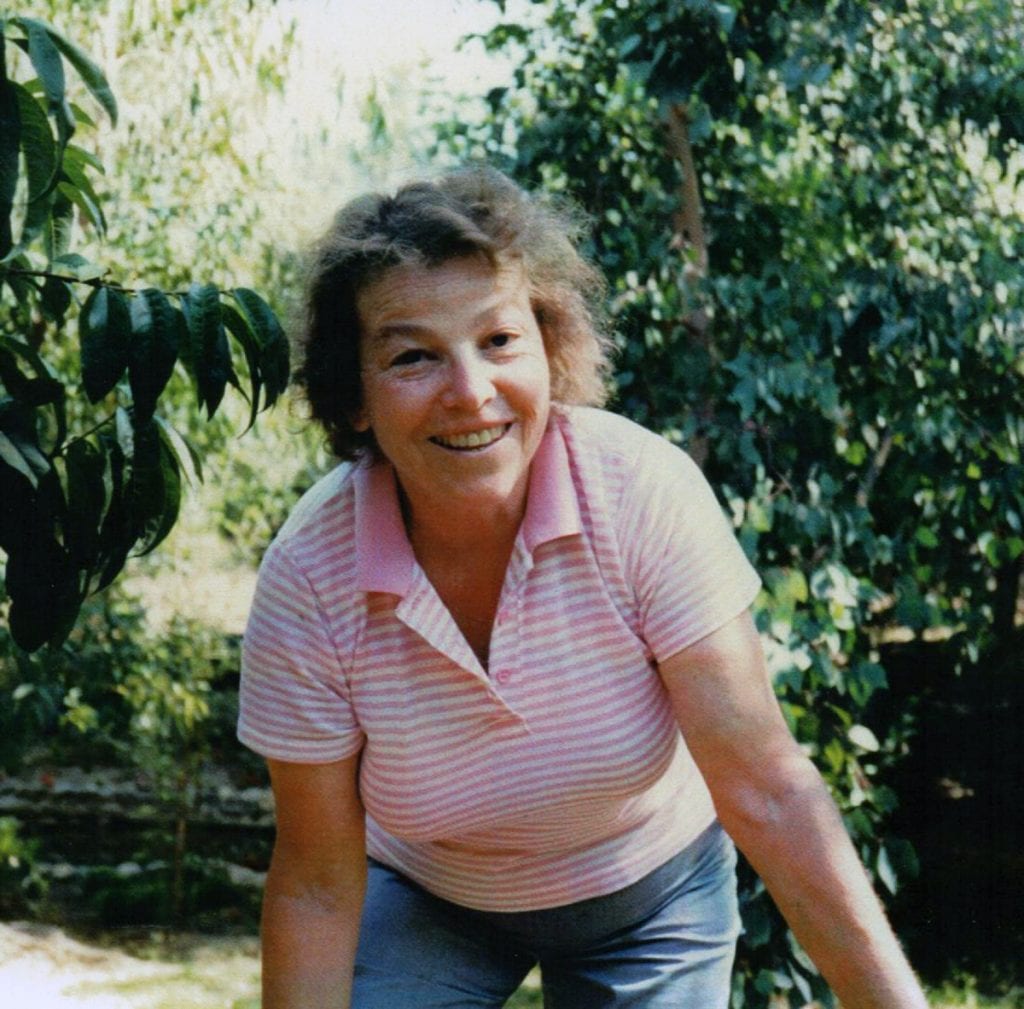 Patricia Ann Beck, 94, passed away on February 24, 2020 in Escondido, California with her family by her side.  “Pat” was born on Nov. 16, 1925 in Newport, Kentucky to Irvin & Mary Agnes Shorten Sexton.  She graduated from Mount St. Joseph’s College, Cincinnati in 1948 with a degree in journalism.  While she never worked in that field, she was a lifelong and excellent journal and letter writer.

Patricia met Donald James Beck after his service in World War II and they married August 21, 1948.  After his University Of Detroit graduation, Don Beck received a job offer in the aeronautical industry in Los Angeles and the couple moved to Huntington Park, California in 1949.

Mrs. Beck was a loving and patient mother to her 12 children.  While she started out a traditional stay-at-home mother, she returned to work when her youngest started school.  One of her first jobs was at a Montessori school. Later she worked as resource teacher in the local schools in Downey where the family moved in 1957.  She was never idle. When she was not working, she volunteered at her children’s schools, at their sporting events, and church functions.

The Beck family camped, hiked, and backpacked throughout the Sierras.  Mrs. Beck would be at the tail-end of the hiking family but \always made it to camp at her pace.

With their retirements in the early 1980s, the couple built their dream house in Valley Center on 2 ½ acres.  Pat worked alongside Don to clear the property and plant thousands of trees and plants.  She was especially fond of their roses and her home was always filled with flowers.  The couple traveled all over the U.S. and especially liked Hawaii. She loved to read and returned to taking painting class later in her life.  She was a devoted lifelong Catholic and enjoyed Bible study classes.

Mrs. Beck is survived by her husband of 71 ½ years, Donald James Beck; and her children: Mary Pat Jacobs, Colleen “Connie” Beck, Tim Beck (Robin), Judy Daniel (Rick), Daniel Beck (Gerardine), Denis Beck (Felicia), Gerald Beck (Ellen), Nancy Beck, Melody Rothwall (Scott), Matthew Beck,  John Beck (Dedra), Peter Beck (Christine), all living in California.  She lost one child, Peggy, at birth.  She is survived by one sister, Colleen Ware, of Cold Springs, Kentucky.  She was a loving grandmother of 21 and great-grandmother of 13.  She always had a smile, a special light in her eye and warm hug of welcome for all her “grands.”

Mrs. Beck’s funeral is scheduled for Monday March 16 at 10 a.m. at St. Stephen Catholic Church, 31020 Cole Grade Rd., Valley Center.  It will be a Catholic mass of Christian burial.