‘American Idiot,’ ‘Beauty and the Beast’ coming soon to a Kit Carson Park near you 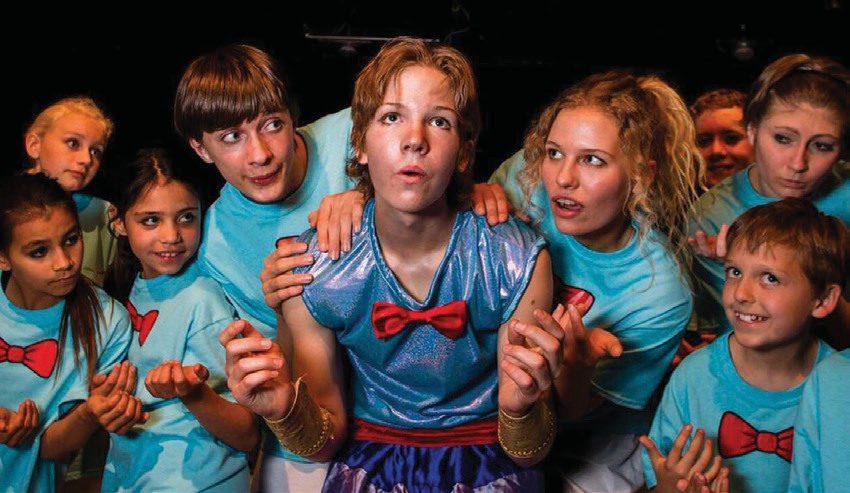 For Brenda Townsend building a sense of community often involves bringing forth the hidden talents of people, young and old. She is the director of the Youth Theater Program of the Patio Playhouse.

The program is gearing up for mid-May au­ditions for “Beauty and the Beast,” which will be performed in August and for a youthful per­formance of “American Idiot” at Kit Carson Park and for the 10th Annual Acting Academy in June.

Townsend has been involved in Patio shows since the age of 14 three decades ago and was mysteriously drawn back to theatre like so many of its volunteer staff. She is a full-time mother and a California credentialed teacher.

“I don’t work for money, but I do work. But pretty much everybody else has full time jobs and this is their creative outlet. So it’s valuable in a sense that I can’t even imagine because of all the people who have passed through here in thirty years. … you get to see all the wonder­ful things that have happened in their lives. It’s pretty humbling and incredible.”

One of her fellow actors in that show 30 years ago, James Vasquez, has had a fruitful career in theatre. He directed “How the Grinch Stole Christmas” at San Diego’s Old Globe Theatre last season.

Townsend’s hidden talent is being a producer, where her teaching skills meet her love of the­atre. She also likes to find out what Patio’s vol­unteers’ and students’ hidden talents are.

“Everybody has a talent in life, but I also feel that everybody has a creative gift. And whether that gift is something like poetry or writing or anything, we try to use whatever comes through the door here,” she said.

She sometimes has to drag it out of people: “I know you have something. Tell me what it is because I’m going to find out anyway and put you on stage and you’re going to love it, or you might love it behind the scenes or what­ever,” she said.

Her probing often finds a hidden tal­ent “It will come out,” she said, some unused gem of talent such as: “Well, I did play trumpet in high school.”

Sooner or later talent will out, even if it is a skill for organization or writing. “Everybody has a way to shine and I like to find out what it is. … I seek it out from them and then I know 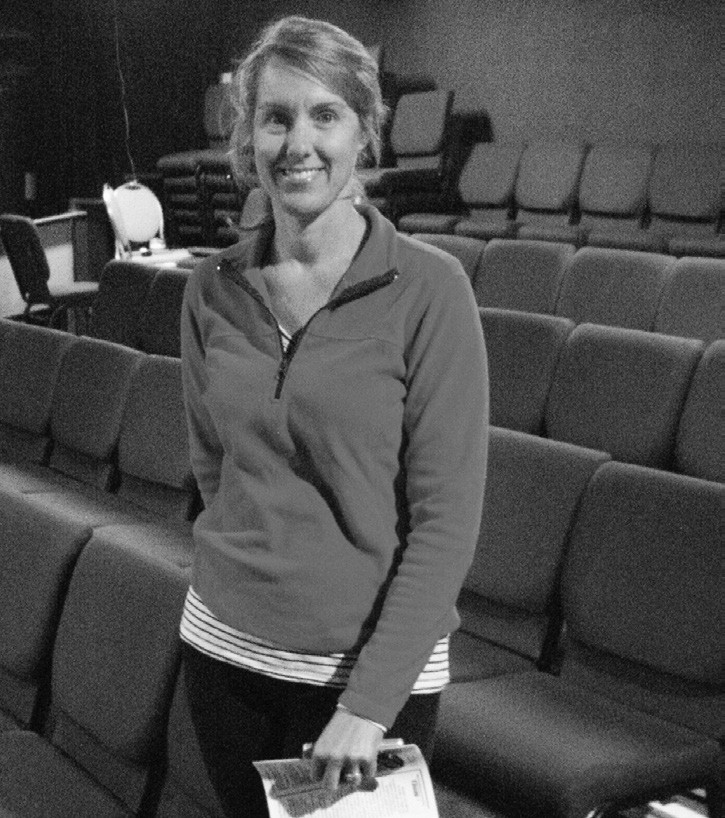 Brenda Townsend wants to know, and find a use for, the hidden talents of others who are drawn to Patio Playhouse and the theatre arts.

what to do with you,” she said.

Just about every one of the volun­teers has a hidden talent. One of them is her husband, Dan, who works at Qual­comm Inc. in San Diego. He performs as a percussionist for the musicals. Their daughter, now 15, started doing Patio Playhouse shows at the age of four.

This is the 50th year of Patio Play­house’s existence. The Youth Theater has been perform­ing at Kit Carson Park’s 1,800- seat venue for 11 years. This year’s “American Idiot,” lyrics by Green Day’s Billy Joe Armstrong, will be performed start­ing on the June 24-26 weekend at the park with more performances in July.

Director Matt Fitzgerald, “has got a great cast, just a lot of kids in their 20s … just kind of an energetic, in-your-face production with guitars and spectacle and all this stuff. It’s going to be a really big show,” she said.

Auditions for “Beauty and the Beast” will take place on the May 14-16 weekend. Patio organizers created 150 slots for the one-minute attempts at star­dom. The slots were taken in two days. The compa­ny added another 50 slots, which went just as quick.

She said Direc­tor Geoffrey A. Cox is very kind and does not cut off singers, but al­lows them to bray or croon for the entire 60 seconds, “even if someone is tank­ing,” before calling out “Next!”

With 200 hopefuls auditioning, she added, “It’s gonna be crazy, but good crazy.”

“Beauty” is Townsend’s baby. She’s producing it. A “phenomenal” Candace Carvajal is choreographing the perfor­mance, she said. It will have a full or­chestra and a full set.

The show will have a full cast with adult and youth ensembles.

Asked how old children have to be for the weeklong Acting Academy in June, Townsend said “six to 16 as a rule of thumb, but I’ve taken a five-year-old before. It depends on the kid.”

She likes to make sure that the parent declaring “my child is a prodigy” has a child who has the “drive and interest” to get through the weeklong class.

The academy runs the week of June 10, culminating on June 17 with a show of talents learned. “It’s all about pro­viding opportunity,” Townsend said, bringing together the talents of the community, working together, doing publicity, hanging up posters at Grand Avenue businesses, handing out tickets.

She thanks the local First Methodist and Grace Lutheran churches for pro­viding learning space for young talents. “We really do take our community sta­tus very seriously,” she said. “We’re al­ways helping out, doing the Christmas Parade, partnering with the library. … So, it’s good to tell the community why we’re important.”