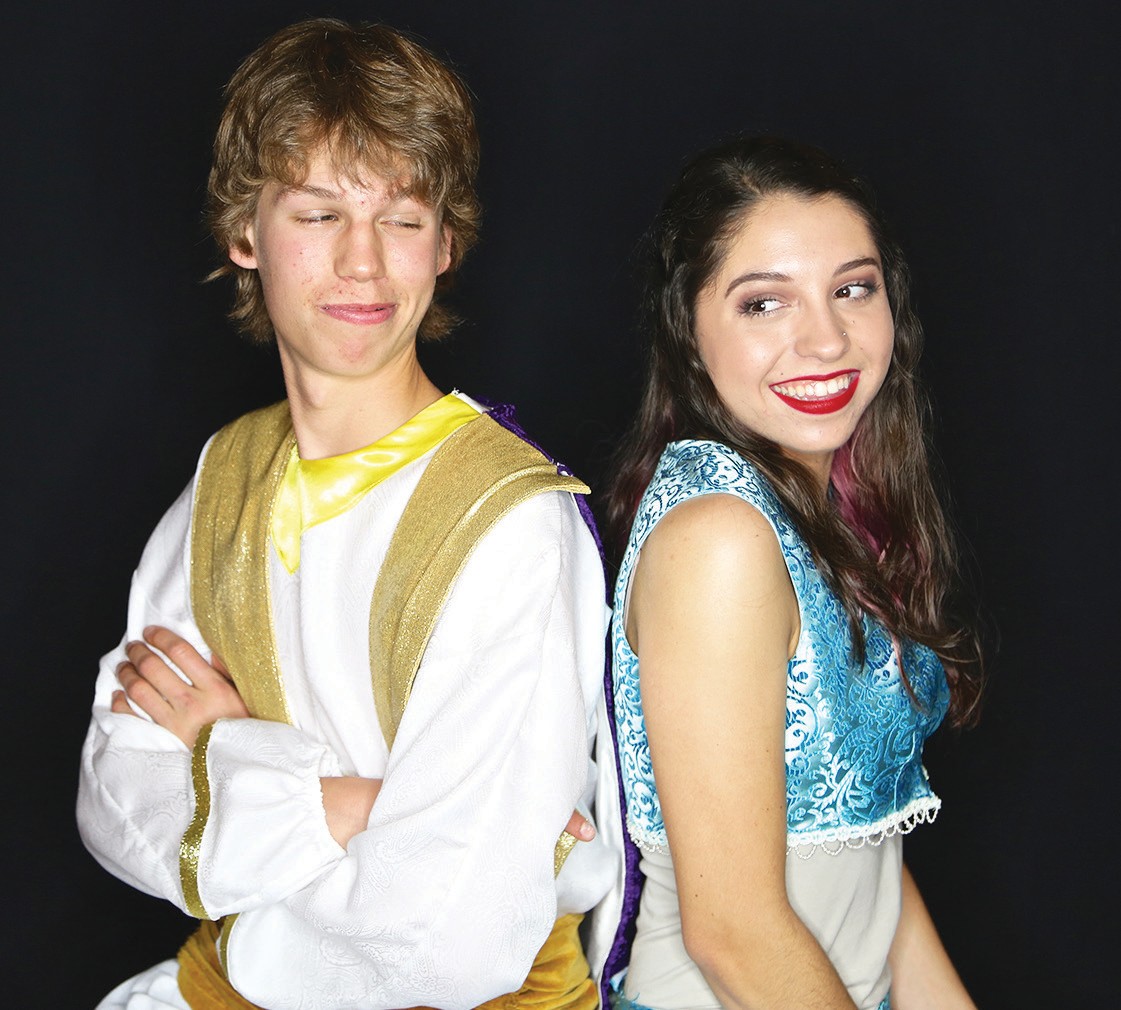 Izaiah Rhinehart as Aladdin, Natasha Baenisch as Jasmine in the Patio Play­house production of “Aladdin Jr.”

In Agrabah, City of Enchantment, ev­ery beggar has a story and every song a smile! An abridged version of the classic Disney film “Aladdin Jr.” will be brought to life by the youth perform­ers of Patio Playhouse, running April 1 through Sunday, April 17.

Aladdin, a kind but wily street ur­chin, finds himself unexpectedly falling in love with beautiful Princess Jasmine, just as her Sultan father decrees that she must select a royal husband! Jasmine rejects various wealthy suitors and eventually it is down to Aladdin and the evil Jafar duking it out for her love. Will Aladdin prevail with a little help from a wacky genie? The show includes the soundtrack of all the songs you remem­ber by Alan Menken, Howard Ashman & Tim Rice including “Prince Ali,” “Friend Like Me,” “One Jump,” and of course the Academy Award winning song “A Whole New World.”

Director is Geoffrey A. Cox, with music direction by Jenny Gillette, and produced by Peggy Schneider. Chore­ography by Candace Carbajal brings remote Agrabah into the intimate space of Patio Playhouse.

Tickets: All shows will be presented at Patio Playhouse, located at 116 South Kalmia Street, Escondido (between Vinz Wine Bar and Continental Deli). Tickets are available for $15 for Adults and $11 for Youth 16 and under. For reserva­tions, contact the box office at 760- 746-6669, email, or via the Web site at www.patioplayhouse.com. Directed by Geoffrey A. Cox. Musical Direction by Jenny Gillette. Choreography by Candace Carbajal. Produced by Peggy Schneider.