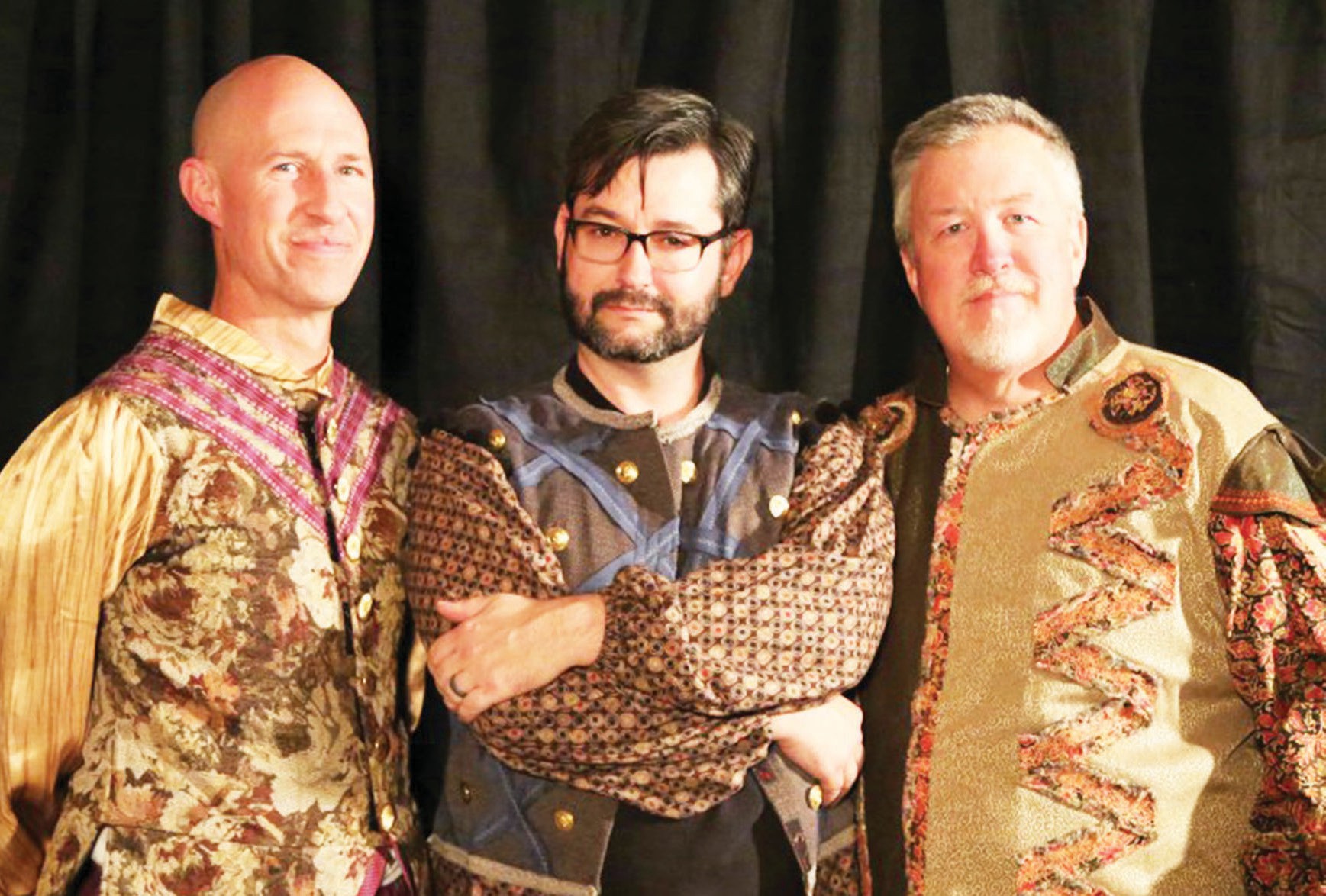 Can three guys really cover thirty- seven Shakespeare plays in less than two hours? That’s the premise of Pa­tio Playhouse’s “Complete Works of William Shakespeare (abridged) [re­vised]” which will be at the playhouse August 5 – 21.

This fast-firing comedy parodies all of the Shakespeare plays (plus the son­nets!) with only three performers in two acts. This play is full of energy as the characters run across the stage and keep you guessing how they will pull off the next play.

David Pinson, Jaysen Waller, and Bruce Blackwell have teamed up again to bring you this comic theatrical expe­rience. This production, with this cast, was originally staged in the summer of 2000 at the Howard Brubeck theater at Palomar College. The show directed by Pat Larmer was so popular, it was brought back for an extended run that fall. This team had remounted this show at Palomar College in 2006, later in collaboration with Moonlight Stage Productions at the Avo Playhouse, and most recently in 2012.

Popular demand has persuaded the actors to do the show all these years.

A lot has happened with the cast over the last 16 years. The families have grown by three children and numerous nieces and nephews. Larmer retired from Palomar in 2011, but that didn’t keep him away. He has directed several shows for Palomar since then. When not directing, he loves to travel with his wife Sandy. Pinson writes film reviews as a member of the San Diego Film Critics Society. Waller continues to work at Legoland and has now become the Entertainment Supervisor there.

This time the performances will ben­efit Luminary Arts, a non-profit com­pany

Everyone involved in the production have remained good friends and always delight in the chance to work creatively together again, especially when it’s for such a good cause.

Updated with new bits, timely ad­ditions of current events and audience participation this show is sure to delight audience members new and old.