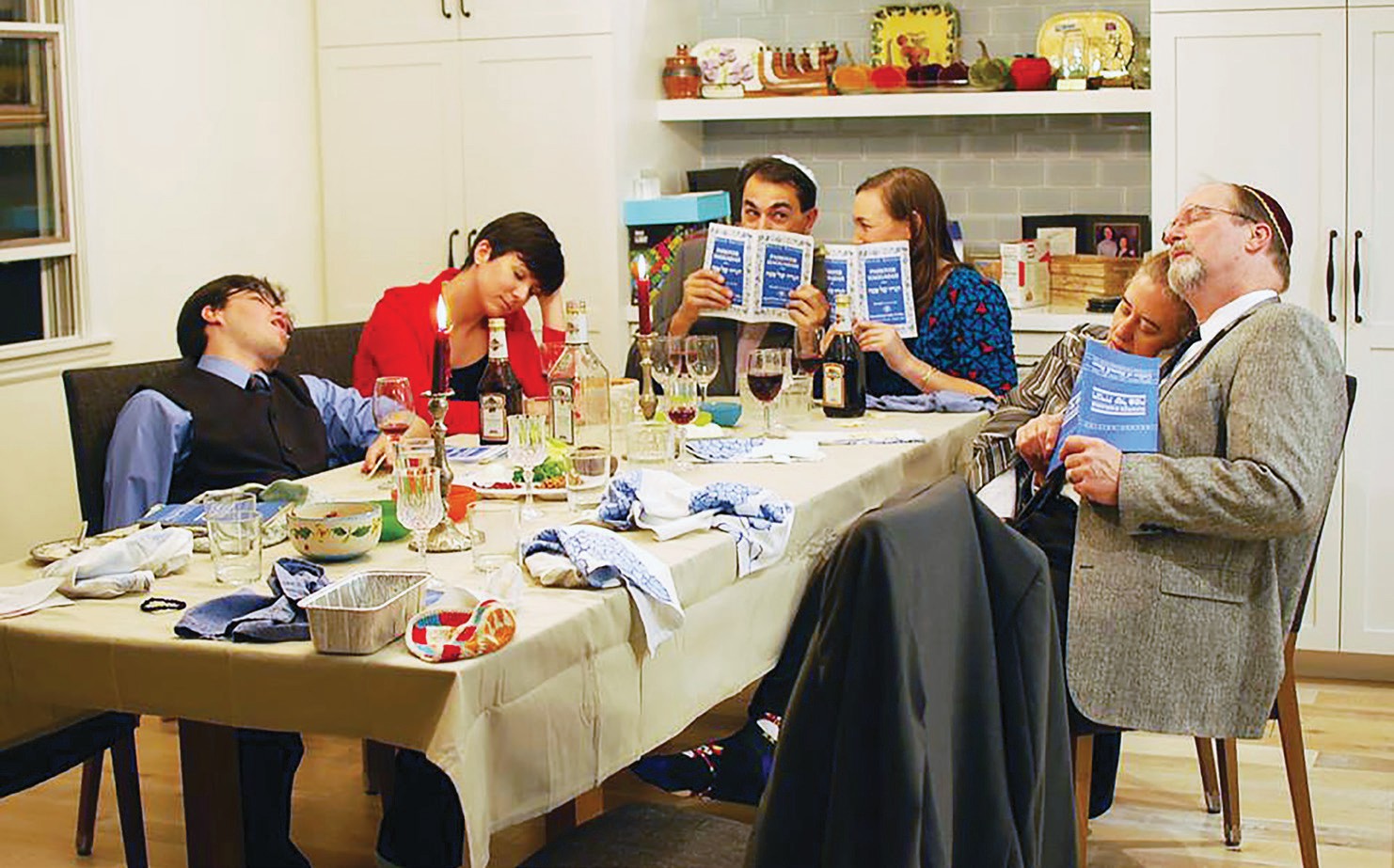 What happens when you combine a sweet, young Jewish teacher, her WASP boyfriend, a little white lie, a set of parents eager to see their little girl happily married, and a hired escort who has to fall into the role of a Jewish doctor without notice? You guessed it; a three-act evening of laughs! Beau Jest, the newest Patio Playhouse production, brings together Jewish humor and the importance of family, communication, and open-mindedness as it hits the stage February 17.

Kindergarten teacher Sarah Goldman works hard to be the nice girl her old-fashioned Jewish parents Miriam and Abe expect her to be. So, when she sees the stress caused by dating her WASP businessman boyfriend, Chris Cringle, she pretends that she has broken up with him and invents a new Jewish beau to take his place: the very respectable Dr. David Steinberg. Sarah hires actor-turned-escort Bob Schroeder to portray her doctor boyfriend while balancing her relationship with Chris on the side, but the whole plan is turned upside down when she discovers that Bob isnt Jewish either… and then falls for him anyway in spite of it all.

During its four-week run of performances, Patio Playhouse is proud to be partnering with Interfaith Community Services to raise resources and awareness towards their mission.

Interfaith, founded in 1979 and headquartered in Escondido, seeks to provide relief to low-income, homeless, and under-served populations in North San Diego County through the provision of stability-building programs and relief services. Last year, Interfaith (with the help of its 300-member faith centers) provided support to over 17,000 North County individuals alone.

In keeping with the Patio Playhouse goal of giving back to the community, for the duration of the show, Beau Jests cast and crew will run a collection station in the theater lobby. Patrons are encouraged to bring books, art supplies, stationery, flashcards, card games and other small tools of learning and artistic expression, as well as funds that will go to support the creation of Kids Kits for Interfaith. The cast believes that bringing smiles, relief, and love to the numerous families with young children serviced will, as Sarah says, support the emotional development of our future.

Other special events include an Opening Night Afterglow, where attendees are welcome to join our cast and production team in celebrating our opening, and an opportunity drawing running for the duration of the show where patrons can grab tickets for a chance to win a date night out with their escort of choice.

Performances of Beau Jest will began Friday, February 17 and continue through Sunday, March 12, with Friday and Saturday evening performances at 8 p.m. and afternoon performances on Sundays at 2:00 p.m.

Tickets: All shows will be presented at Patio Playhouse, located at 116 South Kalmia St., Escondido (between Vinz Wine Bar and Continental Deli). Tickets for this production are available for the cost of $18 for Adults and $15 for Senior, Military, and Students, and $10 for Youth 16 and under. For reservations, contact the Patio Playhouse box office at 760-746-6669, email, or via the website at www.patioplayhouse.com. Directed by Samantha Goldstein. Produced by Steve Warrick.