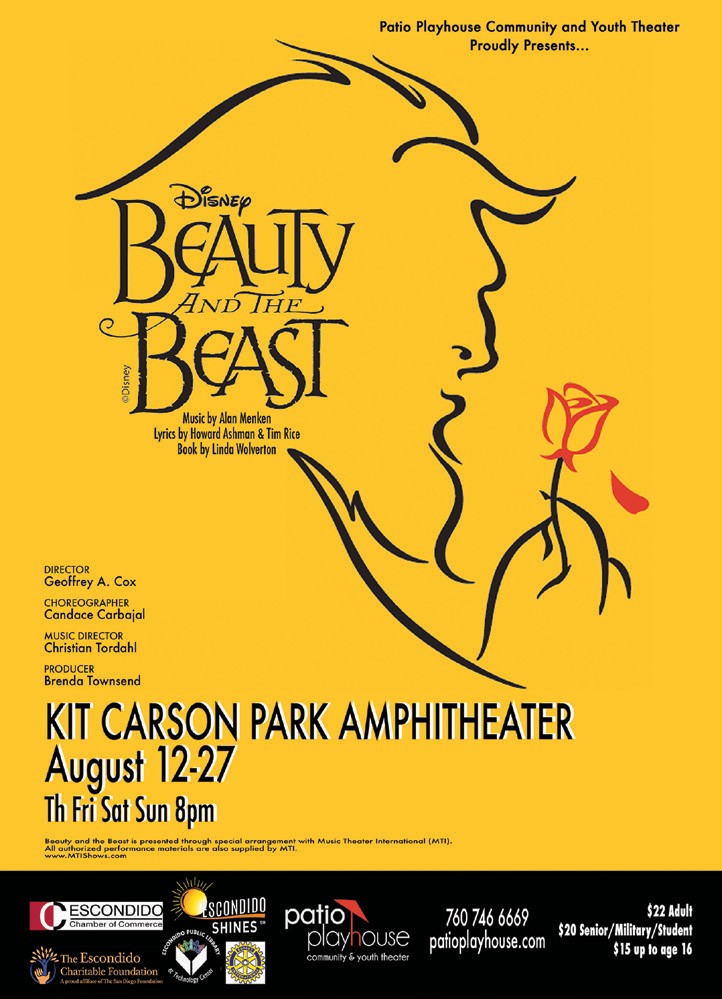 Everyone knows the story of “Beau­ty and the Beast” and is likely to have been acquainted with the 1991 Disney animated version of the French folktale that has been retold by various cultures around the globe since the 1700s.

The smash hit was made into a Broad­way musical in 1994 with seven songs added to the original version to accom­modate the stage. Since then, the mu­sical continued to thrive on stage until 2007, thus making the performance Broadway’s eighth longest production. A cast of 45 people 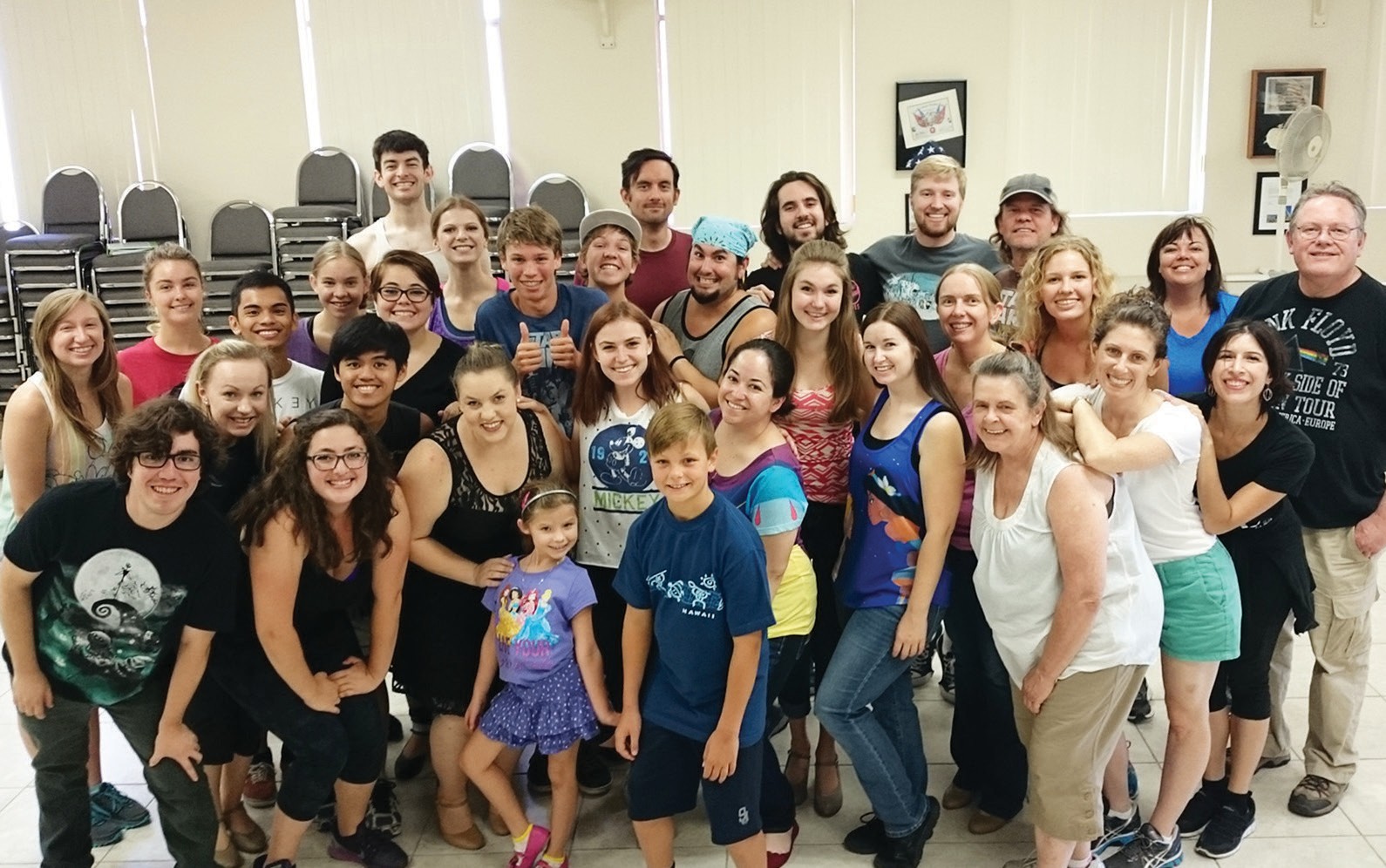 The Cast of Beauty and the Beast by Anne S. Hall

from the Patio Play­house will perform the full Broadway version of the production from August 12-27 at Kit Carson Park Amphithe­atre. Included in the performance is an 18-piece orchestra.

“This venue seats up to 1,800 people and is shaping up to be Patio’s biggest show in all of our 50 years,” said Brenda Gunderson Townsend, a hard working producer for the play and director for the Youth Theatre at Patio Playhouse.

After watching the rehearsal, I can confidently say that the voices were perfect casting for this musical perfor­mance. 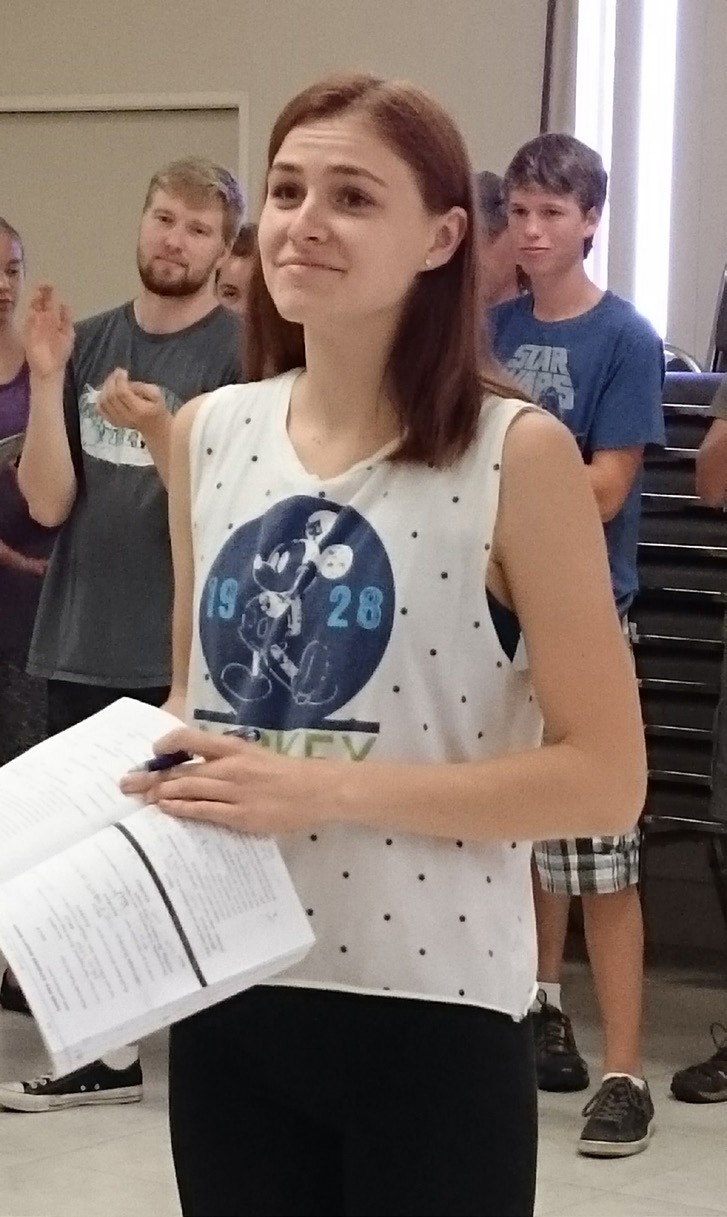 Performers were working hard together to realize director Geoffrey A. Cox‘s desire for detail in motion, stage direction, energy and projection.

“Everyone enjoys working together with friends, old and new. Actors’ ages range from 8- to late 60’s in this produc­tion. There is a lot of excitement and en­ergy with this group, working as a team to make the show the best it can be!” Cox said.

“There was a very high interest among actors to perform, when we announced auditions for ‘Beauty and the Beast.’ Auditions 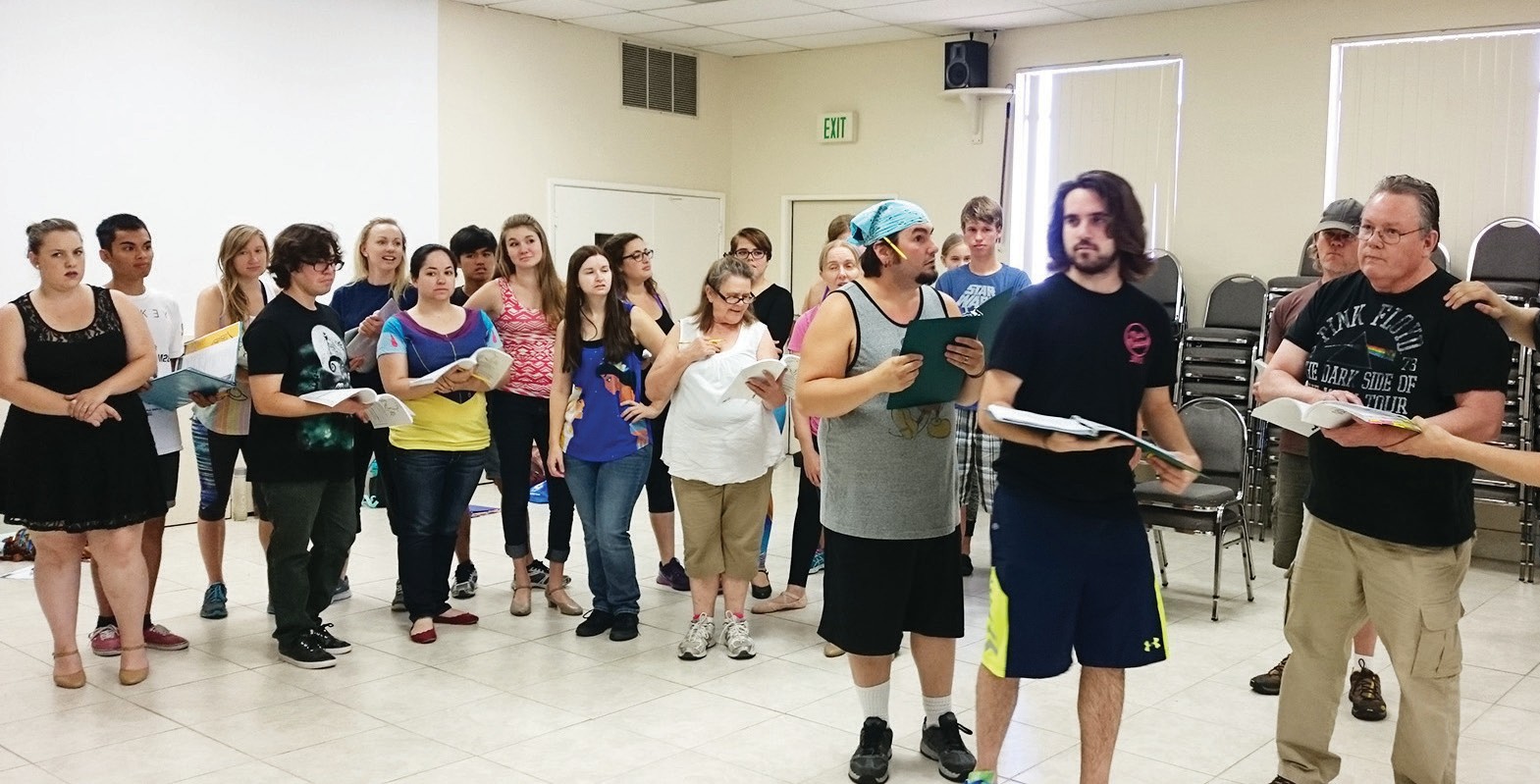 Rehearsal with the cast for Beauty and the Beast. Photo by Anne S. Hall

brought out more than 100 ac­tors from all over San Diego County and beyond. The actress we cast as Belle was against 15 other very talented young ladies, and worked hard to prove herself during the open audition process,” he said.

“Beauty and the Beast” is the sec­ond show for the Patio Playhouses 50th season and promises to be quite a show. Tickets have been selling fast all across the country for this tour. Tickets and the list of talented cast members can be found at www.patioplayhouse.com/wp/10618/beauty-and-the-beast .