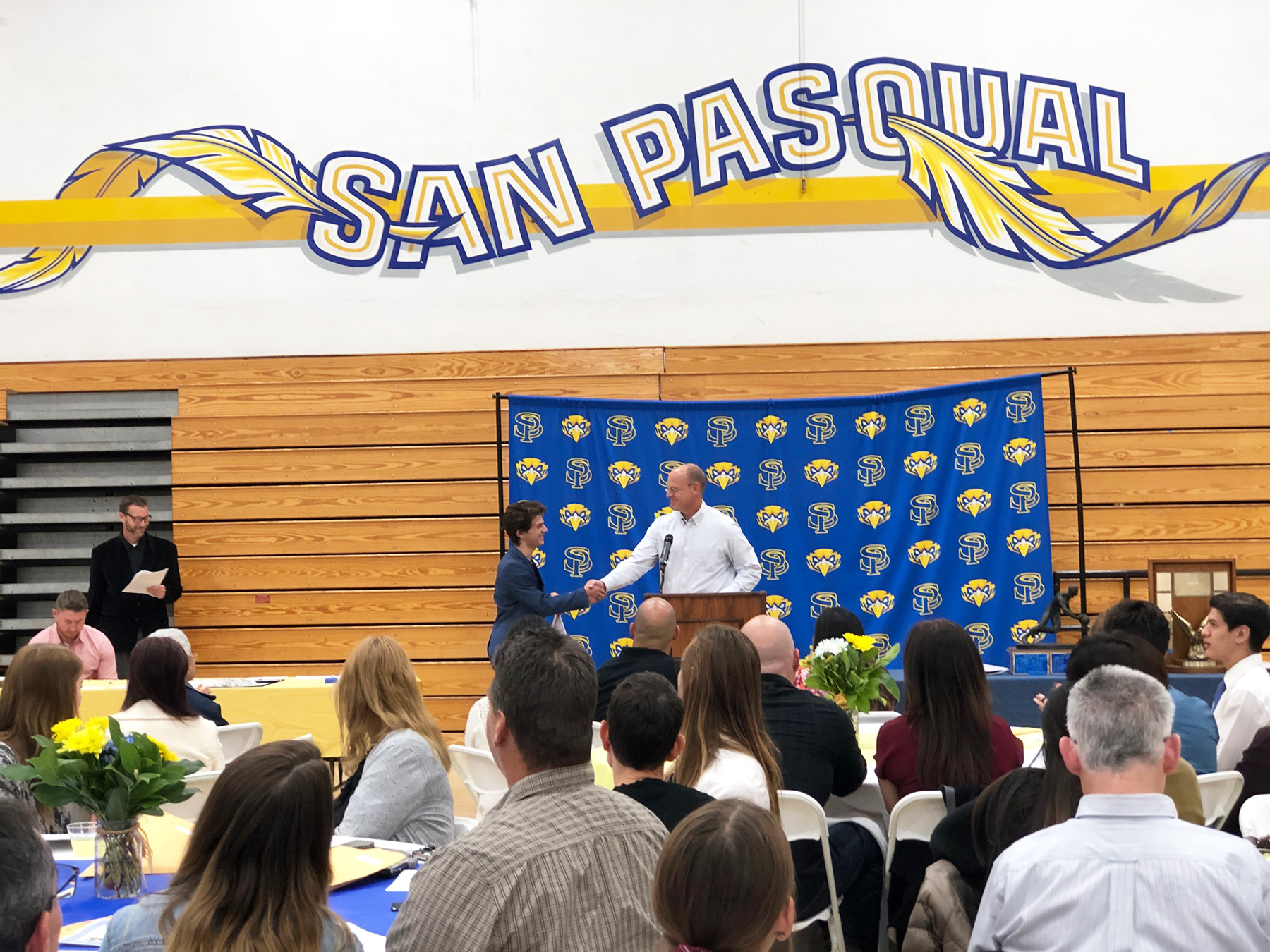 The Evelyn Spring Memorial Scholarship, named after a founding member of the organization’s youth theatre, was created to promote higher education in the field of theatre arts among Escondido students. Applicants are high school seniors who have participated in school or local productions, and plan to take theater-related classes at an institution of higher learning.

Honor Roll student and scholarship winner Nalbandian plans to attend the Tisch School of the Arts at NYU in the fall, following over a decade of performing. Nalbandian has appeared in theater productions with professional and amateur companies throughout the San Diego area, including Moonlight Stage Productions, San Diego Musical Theater, and the Old Globe. He has been in such productions as “West Side Story,” “Macbeth,” “To Kill a Mockingbird,” and “How the Grinch Stole Christmas.”

He was an assistant choreographer at Moonlight, helped wrangle the little Whos in the Globe’s “Grinch,” studied voice and dance, and attended summer programs at New York University and the Old Globe.

In his scholarship essay, Nalbandian wrote: “Theater builds character and a strong work ethic. It brings people of all ages and backgrounds together, and teaches acceptance and patience. This community has taught me to be a true team player, to be helpful and positive, to look out for one another, and to give encouragement and assistance when someone needs it.”

Nalbandian, who was accompanied to the award ceremony by his parents and friends, began attending shows at Kit Carson Amphitheater at age 3, and plans to attend this summer’s productions of “The Wizard of Oz” (youth production) and “Little Women the Musical” at Patio Playhouse, once again performed at the local Kit Carson Amphitheater. More information about the Evelyn Spring Memorial Scholarship and upcoming productions can be found on social media at @patioplayhouse or at patioplayhouse.com. 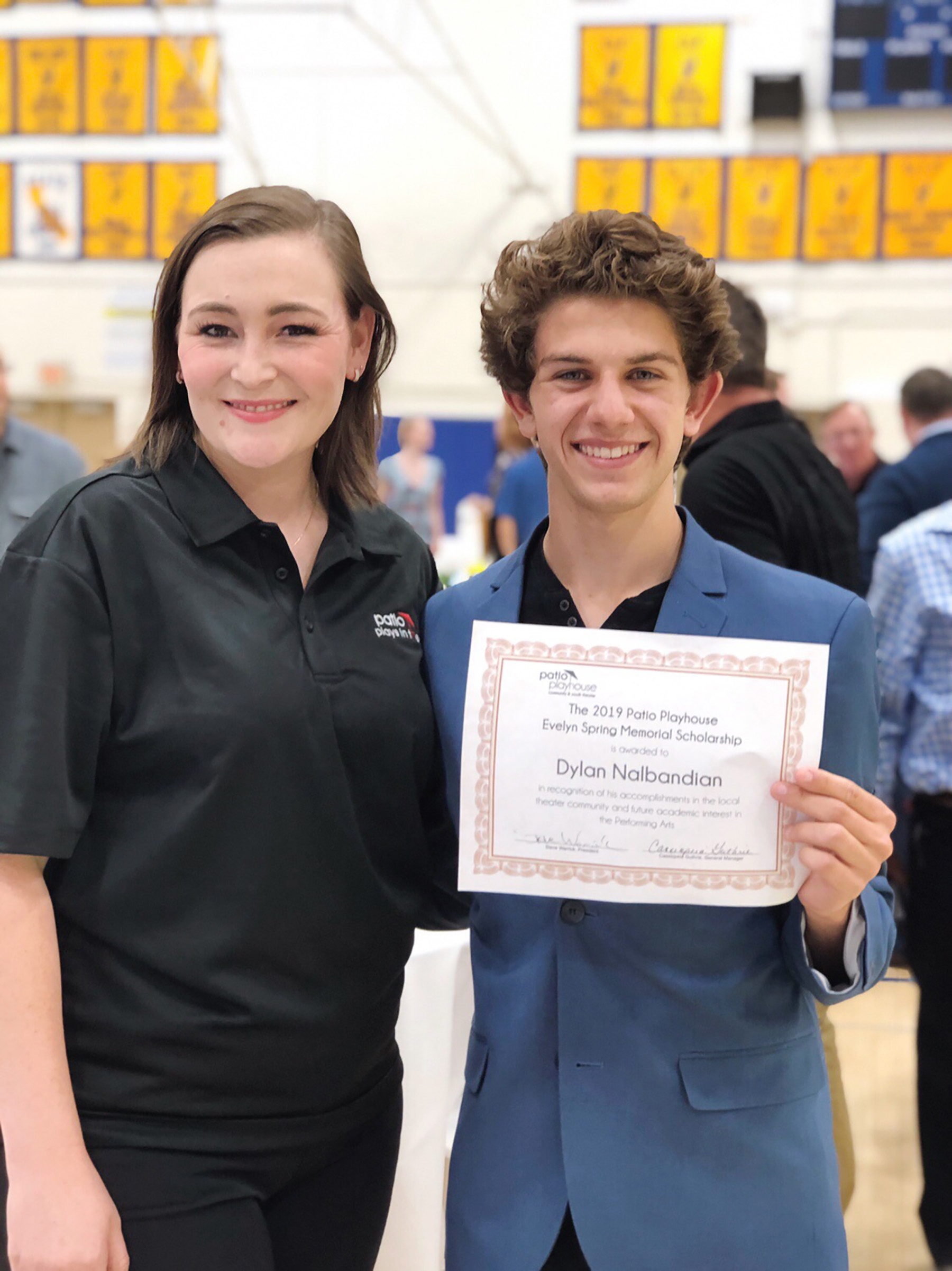