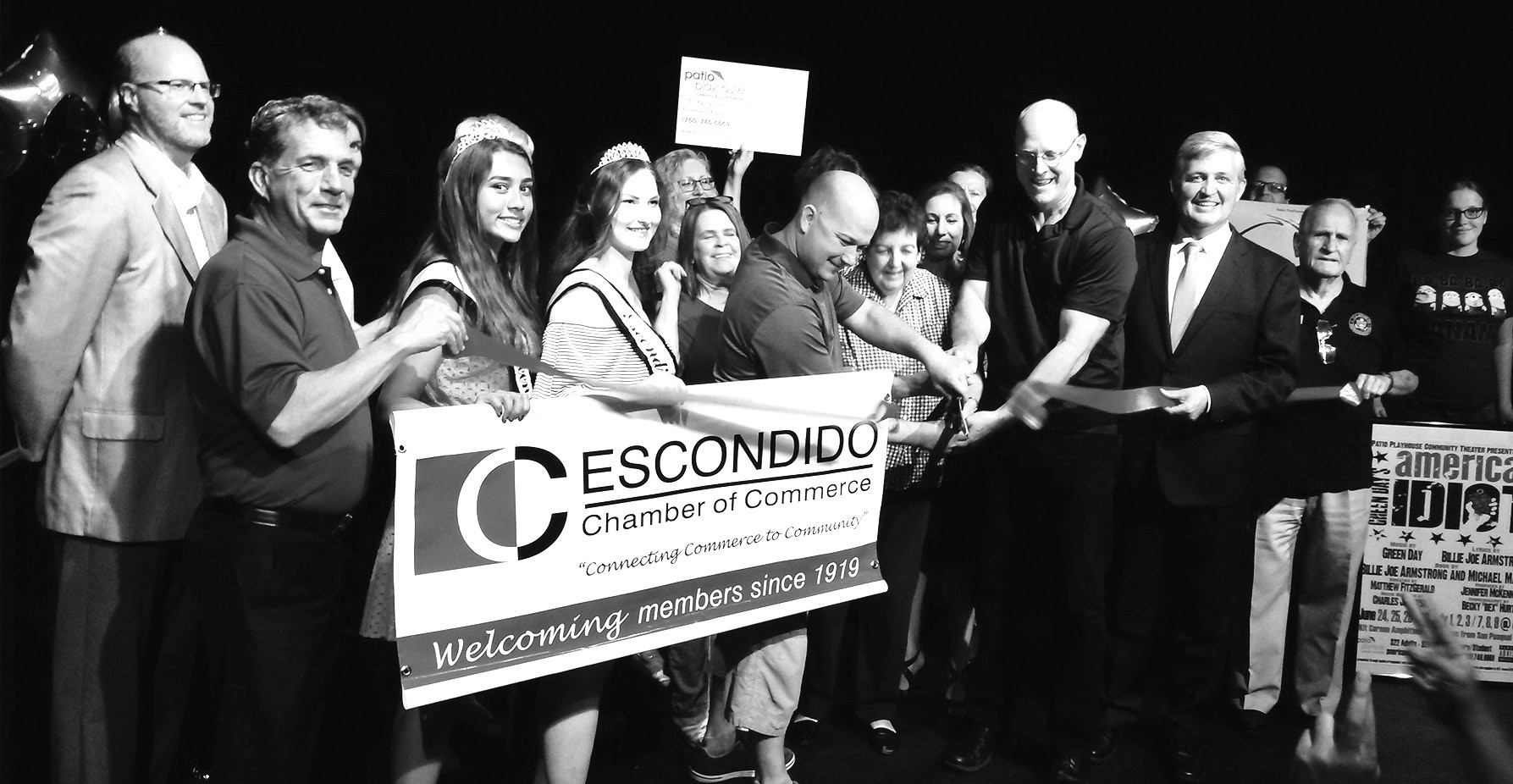 The Escondido Chamber of Com­merce presided over the cutting, with City Councilman Ed Gallo in atten­dance. Around 75 people celebrated at the open-house affair at the Playhouse itself, which is located at 201 E Grand Ave.

Third District County Supervisor Dave Roberts spoke at the celebration, thanking Patio Playhouse for their work with children. He also issued a proclamation announcing Patio’s new partnership with the health program Live Well. In the days prior to the cer­emony, Roberts also gave the Play­house a pair of grants, according to Patio Playhouse committee chairper­son Brenda Townsend. One grant will be used for neighborhood program re­vitalization (NPR), and the other for community enhancement.

During the celebration, Patio Play­house announced their upcoming 50th season, which will include plays such as “Green Day’s American Idiot,” “Disney’s Beauty and the Beast,” and “Who’s Afraid of Virginia Woolf?” Cassie Bleher, who will be portray­ing Belle in “Beauty,” sang the song “Home” from the film’s Broadway ad­aptation during the celebration.

Other ceremony attendees included a former Playhouse president, several current board members, and members of the Acting Academy Showcase. The Showcase is a weeklong summer camp for children, who learn skills such as acting and improvisation. All 15 participants, their families, and six counselors were present.

Live Well is a health program run by San Diego County, focusing on three key tenets: building better health, liv­ing safely, and thriving, as stated on their website. According to Townsend, the Playhouse had been striving to be­come involved in the program.

Patio Playhouse is a community and youth theater, showcasing plays with actors of all ages. They are a non-profit corporation, and do not charge for par­ticipation in their program. “American Idiot” will debut at the Kit Carson Am­phitheatre on June 24, kicking off their fiftieth season.