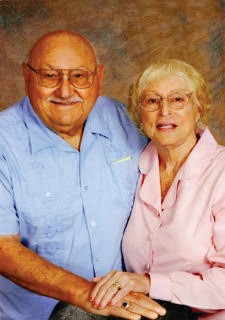 Pasqual and Eloise married on February 17, 1946 before the Army MP headed to postwar Eu­rope for a tour of duty.

Their love story starts in early 1943, Pasqual, was asked to drive his mom to a friend’s baby baptism cele­bration. Being 16 years old, he wasn’t too excited about spending the after­noon with a group of his mother’s friends.

After greeting others at the party, Pasqual found a corner to sit back and watch the festivities. Then he noticed a new face, someone he’d not seen before. She was about his age, a girl with dark eyes and hair. He thought she was beautiful, maybe too pretty. He felt too shy to say anything to her, but she captured his attention.

Pasqual watched her from another room, making sure that the girl didn’t notice him staring at her.

Over the next few months, Pasqual pestered his mom and buddies for information on this special girl. He learned that her name was Eloise and that they both worked for the citrus industry in Escondido. Pasqual soon found ways to “run into” Eloise and her older sisters on their walk home after work.

Custom at the time did not allow dating, so every type of church, fam­ily, or community gathering became a way to spend time together. 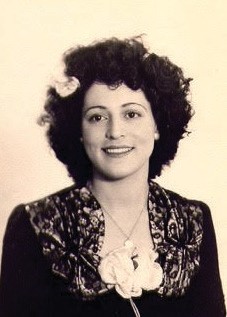 church and social club dances where they could get to know each other better. In 1944, the Escondido community held a beauty contest as a fundraising activity. The winner would be based on the highest number of votes sold.

Eloise, her sisters, and many of their friends went about town sell­ing tickets for Eloise’s “Queen” campaign. It was a tight contest, but Eloise won the longed-for Queen’s crown and velvet robe.

It was a thrilling time for Eloise, her friends and family. Being named a beauty queen and paraded around on a float in the Grape Day Park area was all just breathtaking.

Eloise’s popularity soared and it was getting increasingly difficult to find time together. Keeping Eloise as his “girl” called for some extra effort.

Pasqual must have made a strong impression, because soon after, he was invited to visit with Eloise on Sunday afternoons for one hour at her home. Under her parents’ super­vision, of course.

The couple shared their hopes and dreams for the future. They talked about all of the possibilities when the war ended. They fell in love and be­gan to see a shared life together. 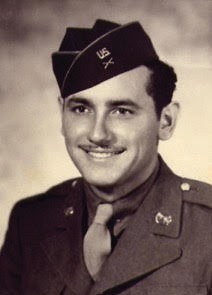 Pasqual in his uniform. All photos courtesy of Irene Paredes Barnett.

the Army. Eloise worried that the man she had grown to love so much would not return. She prayed for his safety and promised to wait for him.

Pasqual was sent to Fort Hood, Texas, for six long months of train­ing. When he returned, the war in Eu­rope had ended. As a military police officer, he had orders to leave for Eu­rope to work on the stabilization of the European occupation, as well as the capture and guarding of Nazi war criminals.

The Army gave Pasqual leave for one month and he returned to Escon­dido and the Queen he loved. With living in an uncertain world and the excitement of being together again, he and Eloise decided they would get married … right away.

Within a week, the parish priest, church, wedding dress, and event were ready to go. It all happened in a whirlwind, they exchanged vows at St. Mary’s Catholic Church on Broadway on February 17, 1946.

Eloise wore a war-era white gown and Pasqual looked like the perfect groom in his dress military uniform. They honeymooned in Phoenix, Ariz., for a few days and then returned to prepare for their tearful goodbyes and long separation.