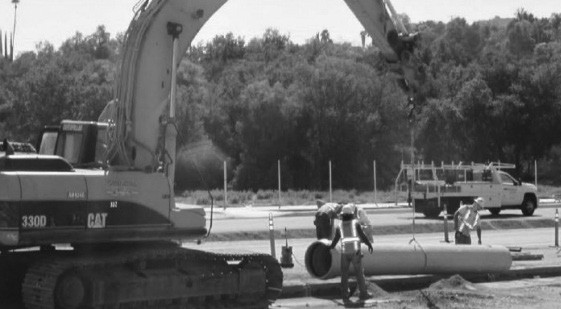 The widening of Bear Valley Parkway from a two-lane road to a four lane one has entered its second phase. Completion is expected in fall 2016.

The Bear Valley Parkway North Road Widening project is making progress and is quickly approaching the end of the first of three planned stages of construction. This first stage, which includes widening the east side of Bear Valley Parkway between SR 78 (San Pasqual Valley Road) and Boyle Avenue, is nearly complete.

The project will widen the current two-lane road to a four-lane from San Pasqual Valley Road to just north of Boyle Avenue It will connect to the existing four-lane road within the city of Escondido to the north.

Overhead utilities will be under­grounded. The new roadway will conform to the County’s General Plan Mobility Element classification as a Major Road and Bicycle Route.

Completion of the project should take place in fall of 2016.