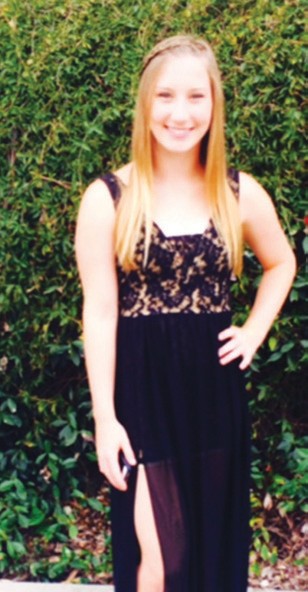 Because only scores obtained at the CIF diving meet, which transitioned from an 11-dive competition to a six-dive championship event in 2007, are included in the CIF record book, the true San Diego Section record for the girls 11- dive event is not known with certainty, but it could have been set March 14 during the Early Season Diving Invitational meet at the Fallbrook High School pool.

“She had a very good meet,” said John Philips, who is Pamplin’s diving coach for her high school meets. “She did very well.”

Pamplin’s previous best score for 11 dives was 485 points at last year’s 11-Dive Championship Meet at Fallbrook. “It was just really nice to see that my score jumped another ten points,” Pamplin said.

“She had a great start at the invitational,” Philips said. “She was very excited about that.”

Pamplin, who has signed a letter of intent to dive collegiately for Ohio State University, began her quest for her fourth CIF championship March 5 at the Fallbrook pool. Fallbrook High School girls swim coach Sean Redmond, who is also the organizer of the diving meets at Fallbrook High School, allowed Pamplin to compete for CIF qualifying purposes during the dual meet between Fallbrook and El Camino. In a dual meet the diving is scored only if both teams have divers, but if only one team has a diver she may still dive for CIF qualifying purposes and Pamplin joined Fallbrook’s Jessica Fagrell on the springboard. In addition to obtaining a qualifying score, a diver must participate in seven events during the season in order to be eligible for the CIF meet.

Pamplin noted that her score at her first 11-dive meet of the CIF season allows her to assess her progress towards her goals, which include a 500-point meet as well as her fourth CIF championship. “It was just a really good marker for me,” Pamplin said.

For both boys and girls, an 11-dive score of at least 250 points or a six-dive score of 185 points or higher automatically qualifies a diver for the CIF meet. The girls 11-dive event had 12 competitors, including nine who earned automatic scores.